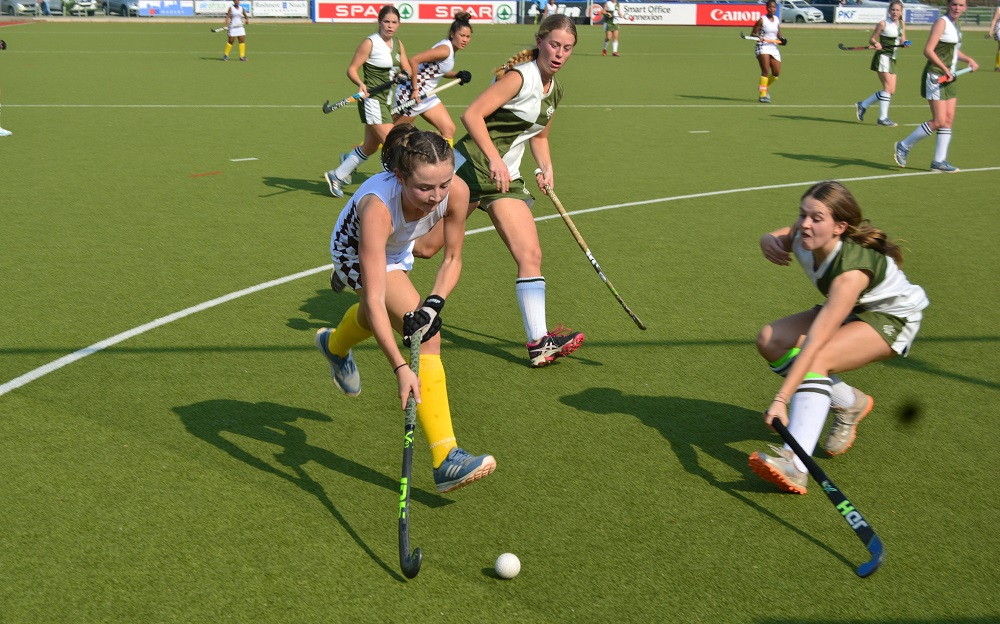 Woodridge won the SPAR Eastern Cape Schoolgirls Hockey Challenge for the first time when they defeated DSG 3-0 in the final at Collegiate in Port Elizabeth yesterday.

Based at Thornhill just outside PE, Woodridge completed a fine year in the tournament after winning the PE Coastal qualifier in May.

The five regional winners contested the provincial finals, played on Saturday and yesterday. The other teams were York High from George, Clarendon Girls’ High from East London and Queenstown Girls’ High.

Woodridge and Grahamstown school DSG qualified for the final after ending as the top two teams following the round-robin phase of the provincial event.

For Edith Molikoe, the Woodridge captain, it was “a huge honour” to claim the title.

“This is something we have been working towards the whole year so it really is a great experience for us,” she said after the final.

“Two years ago when we played in the provincial finals we didn’t quite know what to expect, but this time we just came out with a bang.

“It’s difficult to explain how we are feeling right now. Some of the girls are in matric and won’t get a chance to play in this again, so the win was fantastic for them.”

She added that they knew they would have a tough final against their Grahamstown rivals.

“We played DSG during the season and we realised it would not be an easy game.

“They know our tactics and we know theirs, so it just came down to the mental side of things and how to handle that best in a pressure situation.

“We didn’t have a specific strategy in the final but just came out and played with our hearts to achieve the best we could.”

Molikoe said it was a significant triumph for the sport at the school.

“This win means a lot to Woodridge hockey because we have never won anything this big before and it’s good to show other schools that we are here to compete.”

While the win was an honour, she said the tournament was also about making friendships.

“To reconnect with so many of our friends and have a night like on Saturday when we all got together and had fun is what makes this event special.”

SPAR EC sponsorship and events manager Alan Stapleton hailed the fourth edition of the tournament as another resounding success.

“This year has been better than ever,” he said. “There has been a really close rivalry, a few surprises and the finals were very special because of the quality of hockey on display.

“Every year things just get a little bit better and 2019 has been another huge success.”

He also spoke about the camaraderie of the tournament, which fitted in with SPAR’s principles.

“More important than the close rivalry are the friendships and bonds that are formed throughout the tournament. That is very important to us and it continues to be a big part of our planning.”