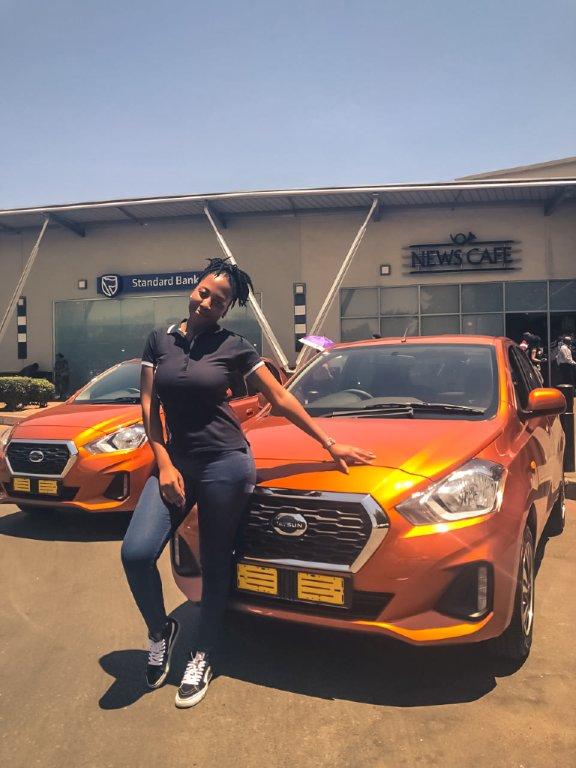 Brian Joss – Datsun is working to put more South Africans behind the wheels of cars.

According to  the car maker owning a new Go, is affordable – give up your daily dose of cappuccino or your weekly visit to Sorbet. But fact is, the cost of a new ride is not the only obstacle standing between South Africans and their mobility.

In 2017, less than 35 percent of the population older than 20 had a driving licence.

“Getting your driver’s licence is an important stepping stone to securing your independence and Datsun is partnering up with two young professionals and supporting them on this exciting journey,” says head of Datsun South Africa, Hideyuki Kuwayama.

Like millions of young professionals around the country, Mpumi relies on public transport to get around.

She uses taxis and e-hailing services to commute between Soweto, where she lives, Sandton, where she works, and – until recently – the Tshwane University of Technology, where she completed her BTech in Journalism. Her friend Phindile Xaba, follows a similar route and combines her work in Johannesburg with part-time studies in education at the University of South Africa in Pretoria.

Besides the fact that it’s certainly not the most convenient way of doing things, she finds herself spending hours of her day in transit. Mpumi had always felt that the cost of buying a car of her own was simply out of reach for her.

In participating in the Datsun Go launch, Mpumi calculated that for just R500 more than she was spending on public transport every month; she could be paying off a new Datsun Go.

With Mpumi’s support and to compare how her life may change with the purchase of a new car, she challenged a convoy of journalists in a race from Maponya Mall, in Soweto, to Pretoria. The catch? While the journalists were travelling by car, Mpumi had to use public transport. As we predicted, the journalists were able to reach their destination much quicker than Mpumi was.

“Now, we’re helping Mpumi tackle the final hurdle standing between her and the open road,” says Kuwayama, “We’re getting her licensed and we’re inviting South Africans from around the country along for the ride via her social media pages; to join Mpumi and Phindile as they prepare for and take first her learner’s licence test and then, her driving licence test”.