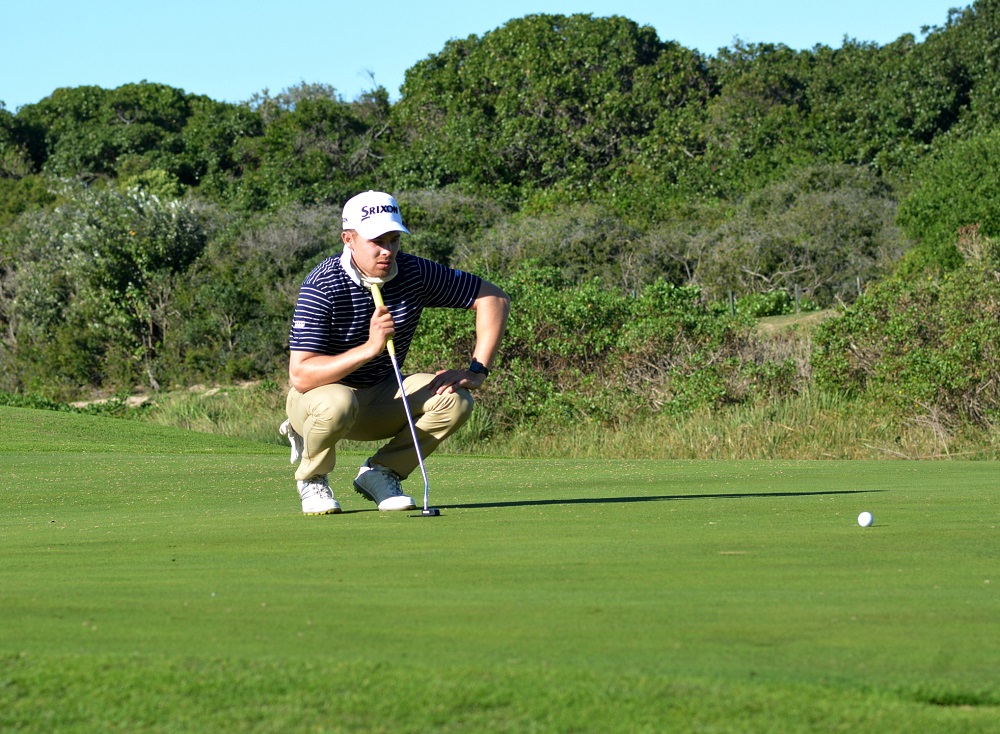 Nelson Mandela University student-athlete Kyle de Beer has targeted the Southern Cape Open as his next objective after wrapping up the Border Strokeplay golf title in East London at the weekend.

A member of the KPMG Madibaz Golf Club team, the 21-year-old De Beer shot a remarkable total of 21-under-par 198 at the East London Golf Club to win by seven shots over South Africa’s No 1 amateur Jayden Schaper and Dean Martin.

He produced rounds of 65, 69 and 64 on the testing East London layout.

The victory has propelled De Beer to No 4 on the national amateur rankings and he said he would be using the remaining tournaments to strive to improve his position.

“My main goal for this year is to get to the No 1 amateur spot in the country,” he said.

“Following that I will be playing in a number of amateur events around the country in pursuit of my goal.”

While he is committed to improving his golf, De Beer is in his third year of a human movement science degree. He has developed a system to satisfy the demands of achieving all his objectives.

“Yes, it has been a balancing act between my golf and my studies but over the last two years I have worked out how to manage that,” he said.

“The main thing for me is to plan my day ahead. I always know what lectures I have so I structure my golf practices around that.

“Once I am done with that I use the time in the evening to complete any assignments and studies that I have.

“It may not be the easiest thing to do but it has become second nature to me and I am very happy with the situation.”

De Beer, who was a member of the Madibaz USSA-winning team last year, listed a number of highlights for 2019.

“Shooting 62 in the EP-Border Strokeplay and winning the tournament in April was up there, as was coming fifth at the Brabazon Trophy in England in June.

“The experience of playing overseas was amazing and I believe I learned some valuable lessons from the trip that will definitely benefit me in the future.”

De Beer, who plays out of the PE Golf Club, paid tribute to a number of parties who have mentored him during his career.

“I would just like to thank the Ernie Els and Fancourt Foundation and my coach Graeme Whale, from PEGC, for their incredible support and the help they provide me,” he said.