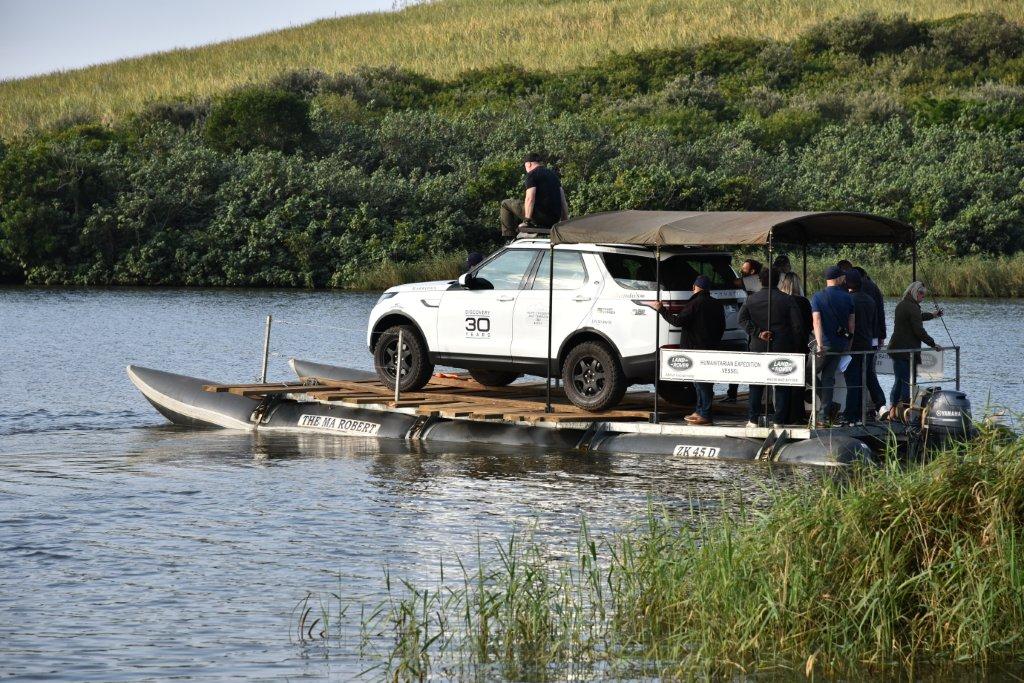 Brian Joss – Kingsley Holgate and his expedition team have set off on their biggest humanitarian adventure ever with a goal of helping to perform 200 cataract operations in the wildly remote Mozambique Zambezi Delta over the next month.

They have loaded the same two Land Rover Discoverys they drove to Somalia in 2017 and Kathmandu last year, along with their trusty Defender 130, with supplies needed to navigate the treacherous region in search of needy eye care recipients as part of the latest ‘Vision Mission’ campaign. The team will also tow its sturdy ‘Ma Robert’ bolt-together inflatable pontoon boat, which can carry the vehicles one-by-one across swamps, floodplains and rivers in the area.

This latest expedition comes as an extension of the existing ‘Mashozi’s Rite to Sight’ campaign which was launched more than a decade ago, and has seen more than 200 000 pairs of spectacles delivered to those with poor eyesight.

But, instead of only offering glasses, Vision Mission will perform life-changing cataract operations free of charge.

The Kingsley Holgate Foundation, in partnership with Land Rover and the non-profit Doctors for Life (DFL) team, will assist blind people in the Marromeu, Luabo and Chinde areas. DFL and the Kingsley Holgate Foundation will transport two mobile operating theatres to Marromeu on the banks of the Zambezi River, along with a team of volunteer doctors and nurses from South Africa and eSwatini.

“We are incredibly honoured to be a part of this humanitarian mission,” said Kingsley’s son and expedition leader Ross Holgate. “We know the Zambezi River well and our role will be to provide ground support.  Using our three Land Rovers and the ‘Ma Robert’ boat, we’ll be crisscrossing the Zambezi Delta, conducting our normal malaria prevention and Mashozi Rite to Sight spectacle-distribution work, and at the same time, assessing patients that need more stringent, corrective eye surgery.”

According to the World Health Organisation, 246 million people are estimated to have low vision worldwide and about 90% of the world’s visually impaired live in developing countries.

“The DFL doctors will train our expedition team on what cataract symptoms to look for and we will transport patients and their family members by water and road to the operating theatres, and then return them home after their eye surgery,” continued Ross.

“It’s going to be a lot of hard work in difficult conditions with tricky logistics. Just the amount of expedition kit, including the boat and medical equipment that are being transported 2,000km to the Delta is quite unbelievable. The capabilities of our tried-and-tested Land Rover Discoverys and faithful Defender 130 are really going to be needed.”

Now, with over 70 000 kilometres of rough expedition work already on the clocks, Kingsley’s two current Land Rover Discoverys will again tackle some tough off-road conditions, including sand, mud and many river crossings, to safely transport patients to DFL’s operating theatres. The occasion is timed perfectly to celebrate the 30th anniversary of the Land Rover Discovery, which made its global debut in first generation form in September, 1989.

CAPTION: The Ma Robert pontoon: carrying vehicles one by one. Picture: Motorpress

Automakers may not be able to deliver on electric future