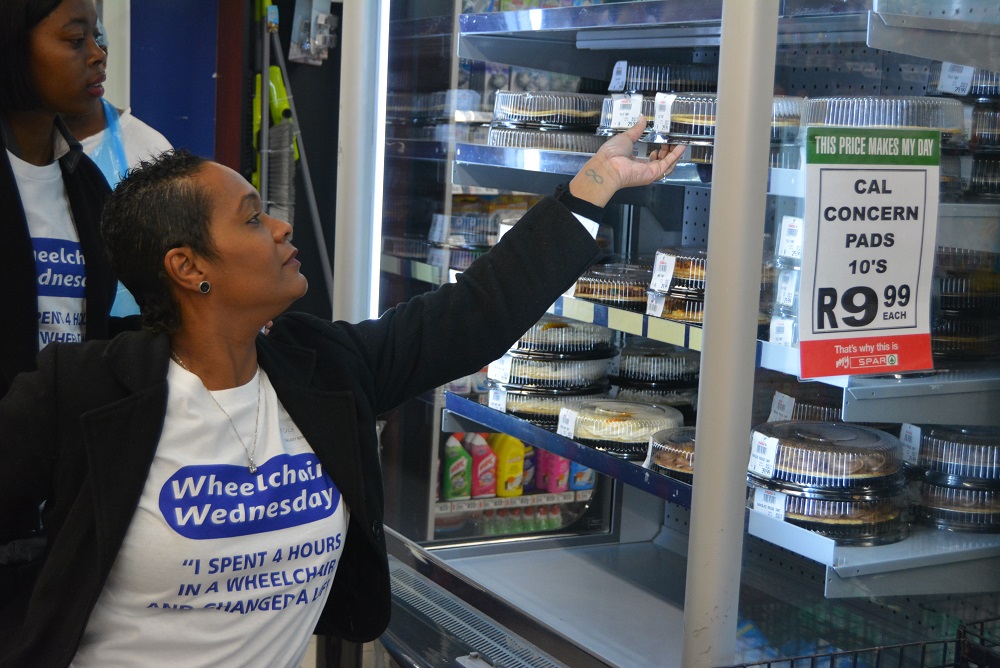 The SPAR Wheelchair Wednesday initiative has set itself the objectives of spreading awareness to the youth and taking the overall donation to more than 1 000 wheelchairs during its annual August campaign.

Set up by the Association for Persons with Physical Disabilities (APD) and backed by SPAR Eastern Cape, the project is in its ninth year.

Launched yesterday at SPAR Acres in Port Elizabeth, it focuses on creating awareness of the needs of those with disabilities, while also generating funds to provide wheelchairs for mobility-impaired citizens.

APD chairman Garth van Niekerk said this year they had set themselves the goals of getting more of the younger generation involved, as well as hitting the mark of 1 000 wheelchairs donated since 2011.

“In terms of the youth aspect we are delighted to have pupils from Collegiate Girls’ High with us today,” he said on Wednesday. “This is the second year they have participated and eight pupils, spending one hour each in a wheelchair, will go through the programme.

“On top of that, more exciting news is that three other schools are joining the programme, with Grey High, Pearson and Lawson Brown all taking part in the next few weeks.

“Our emphasis is on trying to get more youth involved, which is important as they are the leaders of tomorrow. The younger they can get this experience the better.”

In addition, Van Niekerk said the schools would be donating wheelchairs to the initiative and they were certain to top the 1 000-mark by the final activation on August 28.

“Having raised funds for 800 wheelchairs by last year, our aim is to get to four figures in 2019 and I have no doubt we will achieve that,” he added.

Companies and schools will support the campaign this year, with volunteers spending four hours in a wheelchair to experience the difficulties mobility-impaired citizens face daily.

With a helper at their side, the volunteers will be required to execute everyday tasks at different venues in the city.

Van Niekerk said the initiative had definitely proved a success.

“Besides the people who suddenly realise how difficult it can be operating from a wheelchair, there has been a definite increase in awareness among businesses in the city.

“Things such as wider aisles and better accessibility for wheelchair-users have become apparent in some centres because companies are taking this much more seriously.”

Another important element, he said, was the feedback they received from the volunteers during the month.

“We then use this information to provide awareness training to companies and that is another successful part of the overall initiative.

“Our motto is ‘four hours in a wheelchair and you can change somebody’s life’ and that works in two ways.

“It changes your life because you realise the difficulties, while the awareness created and funds generated help those who have mobility problems.”

CAPTION: SPAR Wheelchair Wednesday volunteer Cecile Oosthuizen, of Galaxy Bingo, goes through one of the tasks set for her at SPAR Acres in Port Elizabeth yesterday. With her is her helper, Nompumelelo Kahlana, also from Galaxy Bingo. Photo: Full Stop Communications