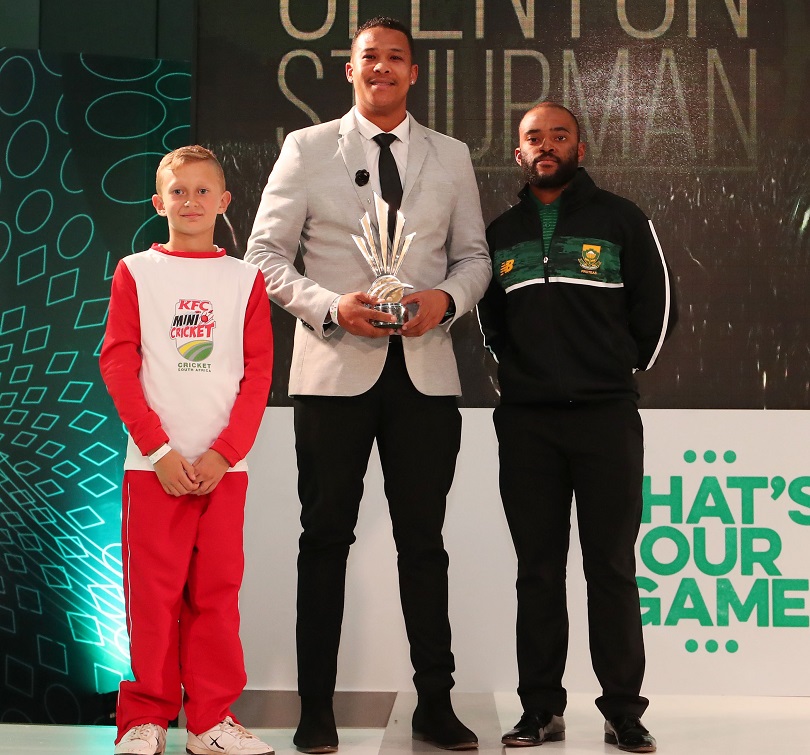 Cricket South Africa (CSA) on Saturday hosted its annual CSA Breakfast Awards in association with KFC, where the stars of amateur cricket were honoured for their stellar performances over the past 12 months.

The Awards Breakfast commemorates the accomplishments of the blossoming talent in the country as CSA continues to drive its vision of making cricket a truly national sport of winners.

A former SWD player, Glenton Stuurman, who represented SWD in 26 first-class matches between 2018 and 2018 and moved to Eastern  Province at the beginning of last season received the Award as Limited Over Player of the Season in the CSA Provincial One Day competition.

CAPTION: Glenton Stuurman received the award as the player of the season in the CSA Provincial Limited Over competition from the Protea batsman, Temba Bavuma.