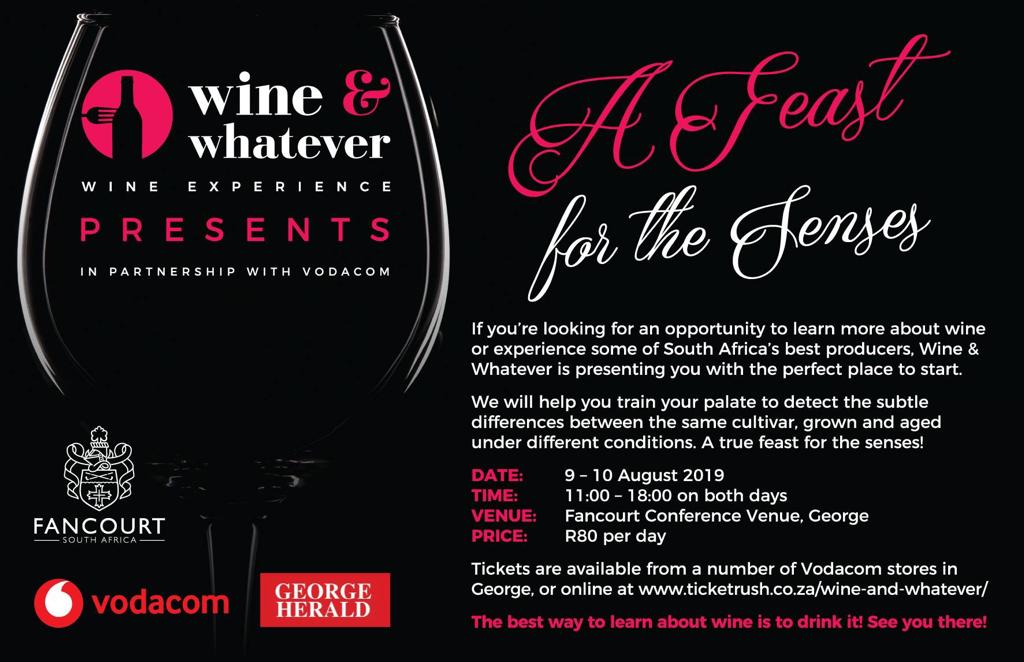 Do you enjoy a good plate of food?  A glass of good wine?  Enjoyed together, one can multiply your enjoyment of the other.

Join us at the Wine & Whatever Experience and three Fancourt chefs will show you how.

There will also be a number of Blends as well as Craft Beer & Liquor for your enjoyment. 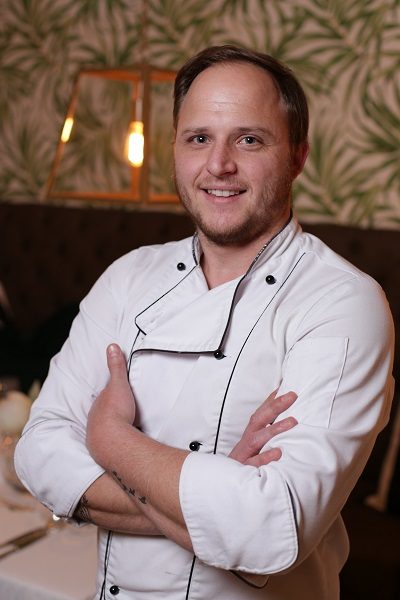 Chef Ewald is originally from Bloemfontein but spent most of his life in Heidelberg and it was here that his passion with and for food began. After matriculating he spent a gap year working as a waiter in a small coffee shop near his home. He says of this time, that he was still trying to figure out his true calling.

Chef comes from a family that loves entertaining and cooking family feasts so it wasn’t long until his home life of cooking for friends and family and his knowledge of restaurants collided and he realised that the kitchen was where his passion lay.

From then on it was off to Hermanus to study at Warwick’s Chef School and after graduation, he was on his way to Simola Hotel, Arabella Hotel, and Spa and culminating with him joining the Fancourt family. He has worked under many great chefs including Chef Viktor Malek, the man credited with the new culinary innovation at Fancourt.

Chef Ewald began his Fancourt journey as Chef de Partiein the Henry White kitchen and he was also part of the opening team working, under Chef Charles Hayward at the time. He moved around the various Fancourt kitchens until the opportunity for Sous Chef became available at Henry White.

He clearly loves what he does as describes the cuisine and ethos of Henry White as follows: The cuisine is classic with a modern touch. Supporting our local suppliers in using the freshest products in our surroundings in the Garden Route is paramount.

Vito was born in Fasano, Southern Italy, started in the industry in his family-owned bakery and furthered his career in Milan as well as in Germany. After 10 years in England, he followed his then-girlfriend, now wife Orianna to South Africa.

In South Africa, Chef Vito has worked at Sun City, Lord Charles Hotel in Somerset West, Umhlanga Sands and San Lameer before joining the Fancourt team at La Cantina in 1999.

Matteo Battaini hails from Varese, Italy, a town situated 40 kilometres north of Milan. He has been in South Africa for 18 years and owned an Italian Restaurant in George called La Locanda for almost 10 years.

This is where his culinary journey started and grew started under his uncles’ guidance. He was raised in a culinary environment and been inspired by his family.

He loves cooking strictly Italian using the freshest ingredients available locally. His forte is how to make pizzas, fresh mozzarella, and Italian Gelati. He took over the La Cantina Restaurant in April 2016 maintaining the highest standards possible and keeping up with the latest culinary trends.

The Wine & Whatever Experience in proud partnership with Vodacom

Tickets are available from the various Vodacom outlets listed below @ R80 per day, or online @ R70 per day.