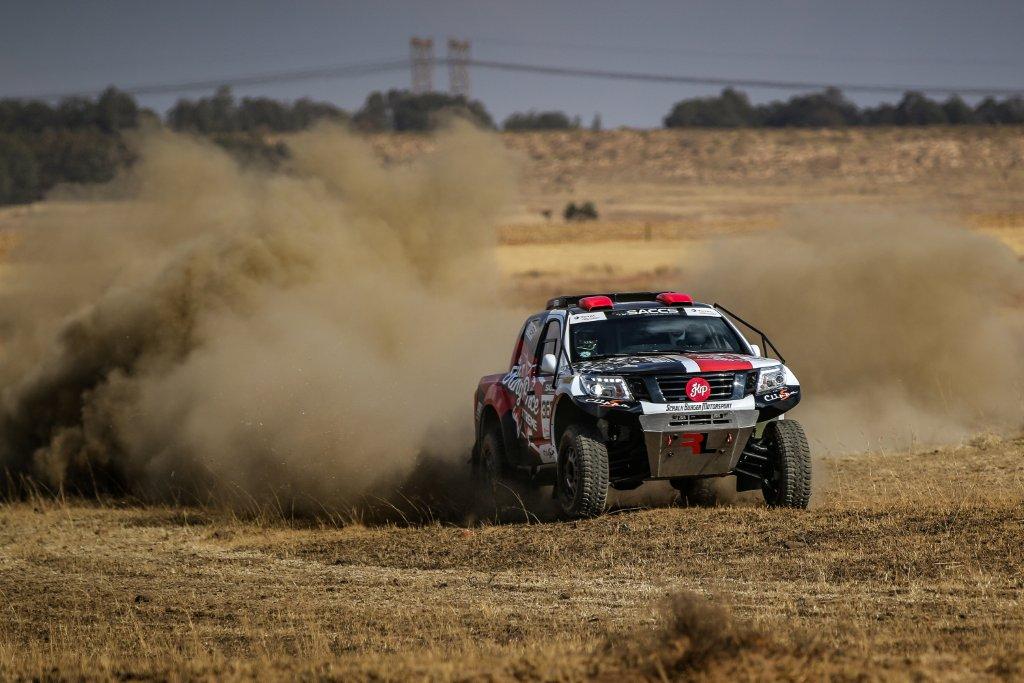 Brian Joss – The King Price Xtreme and Schalk Burger Motorsport team has been hinting that there would be big things happening in the second half of the season.

They weren’t kidding. Bronkhorstspruit marked the official start to the second half of the 2019 Championship. The tour began in March at  Dullstroom followed by The Berg event in Winterton and the season halfway event in Botswana for the Desert Race.

This Bronkhorstspruit event as well as taking the season into the second half also marked the next step in the evolution of the team. A second car had been talked about throughout the season and not just that, a strong driver and co-driver line up to boot.

Thus far Schalk Burger and Elvene Vonk had been in a previous model machine and now would be stepping into the car that will be taking them to Dakar 2020. With a good set-up on the original car the details were set nicely for the new members of the team to join in on the action.

With literally decades of experience between them the new signings to make the Schalk Burger Motorsport and King Price Xtreme team a two-car outfit would be Clint Weston and Zaheer Bodhanya.

Clint’s mix of circuit racing and rally know-how set him up perfectly for the brutal sport of Cross-country racing. For Zaheer, it’s a sport he knows all too well. A specialist of the sport who can drive and navigate with equally high standards and with amazing engineering skills to boot. They form a formidable pairing in the field.

The timing of the new car and driver/co-driver’s arrival is also playing to the team’s overall strategy. With Schalk and Elvene’s attention now clearly fixed on Dakar 2020 and with time running out to prepare, they will be missing the last event of the season.

Two cars will be fielded by the team at the next event in Harrismith and for the final event of the year it will be Clint and Zaheer flying solo as last preparations for the big desert are finalised.

The Bronkhorstspruit event started on the Friday with a 64km prologue to decide starting position on the road for the main event on Saturday.

Problems appeared early in the race weekend for Schalk and Elvene as they picked up a puncture halfway through the prologue whilst running pace that would have easily seen them inside the top ten. A puncture on such a short stage and with a loss of over four minutes to change the wheel the pair would start outside the top twenty with a tough task ahead of them come race day.

It was almost a total opposite situation for Clint and Zaheer. Still sharp from Rally and the muscle memory seemed to be firing well. The new pairing banged home a solid tenth overall and fifth in class at the first time of asking. Clint seemed more surprised than anyone but conceded that Zaheer was on point for the notes and they kept it clean. So, for both crews it was 64km done, with a mere 336km to go.

Unfortunately for Schalk and Elvene their event went from bad to worse. They had good pace in the morning session but after the hallway point of loop one they clipped a low concrete wall at a road crossing that pitched the car up and over onto its roof.

With assistance the car was back on its wheels, but with their vehicle damage the wind was taken from their sails and also with the bigger picture in mind and with a heavy heart they retired from the race and had to take their first DNF (did not finish) of the season. With the focus now almost 100% on the Dakar project the approach to events has changed and set-up and seat time rather than outright results will be the goal for Schalk and Elvene from here on out.

Clint and Zaheer also fell foul to the deteriorating track at Bronkhorstspruit. Cars that had qualified higher were rutting and chewing up the terrain with lots of loose rocks now making their way onto the main racing line with every passing vehicle.

Unfortunately for Clint, one of these rocks had his name on it. A broken A-arm and suspension damage mean that Clint would get a baptism of fire out in the veldt and bush as the team set about doing to repairs in time to stay in the race.

Weston and Bodhanya worked miracles to get the car into a state where they were able to get back to the DSP (designated service park) where the race technicians were ready and waiting to do the final fixes.

The pit crew did their magic to make sure the car could still get out in time to stay racing for the final lap of over 115kms.

Clint and Zaheer eventually managed to complete their inaugural event together in the second of the King Price Xtreme Schalk Burger Motorsport entries and were credited with 25th position overall. A nice base for the pair to build on.

With promises of an even bigger announcement coming at Harrismith in just over a months’ time it seems like the excitement and tension is very positive over at King Price Xtreme and Schalk Burger Motorsport team HQ.