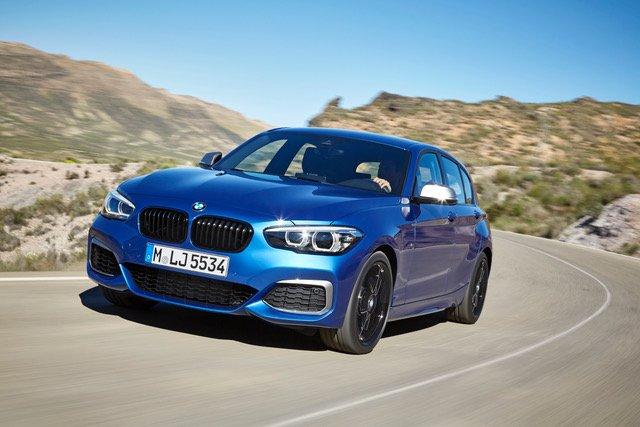 Brian Joss – The Mercedes-Benz A-Class, BMW 1 Series and Audi A3 Sportback are all extremely competent premium hatchbacks, which all hail from Germany and are popular in South Africa. But which one has the best resale value?

According to Darryl Jacobson, managing director of True Price, the victor is clear: “The A-Class is in a different league to the other two German vehicles. Its resale value is much, much better,” he announces.

The True Price team attends hundreds of bank repossession auctions each year in order to gather data pertaining to prices paid on auction. This data is used to provide South African motorists with free vehicle evaluations. The data can also be used to provide highly accurate resale values, as Jacobson explains. “Using the data gathered on bank repossession auctions, we are able to generate a statistically valid resale figure. It is expressed as a percentage of the original retail sales price,” he says.

This result came as no surprise to Jacobson. “The Audi is a good car, boasting a comfortable ride, great handling and practicality. And yes, it is popular. But, when it comes to vehicle auctions, bidding is far from vociferous. This could be thanks to the fact that the product is dated. Yes, in April this year, the Audi A3 range did gain two new special editions in its line-up, namely the Audi A3 Comfort Edition and A3 Black Edition. But it’s essentially an old car that is due for replacement,” he notes.

The same could be said of the 1 Series. “Like the A3, it’s a bit long in the tooth. While it has a good infotainment system and it is often the car of choice for people who want to make a statement by the car they drive, the current 1 Series just cannot compete with the A-Class. It will be interesting to see how the 1 Series – featuring front-wheel-drive for the first time – fares when it arrives in South Africa in October 2019,” he says.

And then there is the A-Class. “What a car!” Jacobson enthuses. “The baby Benz, launched in South Africa in August last year, is an utterly magnificent vehicle. The AutoTrader South African Car of the Year judges most definitely made the right choice when they named it the 2019 Car of the Year. It is beautifully designed (I really love its looks), it boasts exceptional levels of comfort, the interior is magnificent, the handling is great, the safety features are exemplary, the drivetrains are faultless. it is nothing short of the perfect car. It’s also the showstopper at any bank repossession auction,” Jacobson comments.

He says it will be interesting to do another shootout between these three arch-rivals in a year’s time – when the new 1 Series and A3 take to the roads. “Will the A-Class lose its crown? I don’t think so – but you never know,” Jacobson concludes.

Visit: www.trueprice.co.za for a free evaluation.