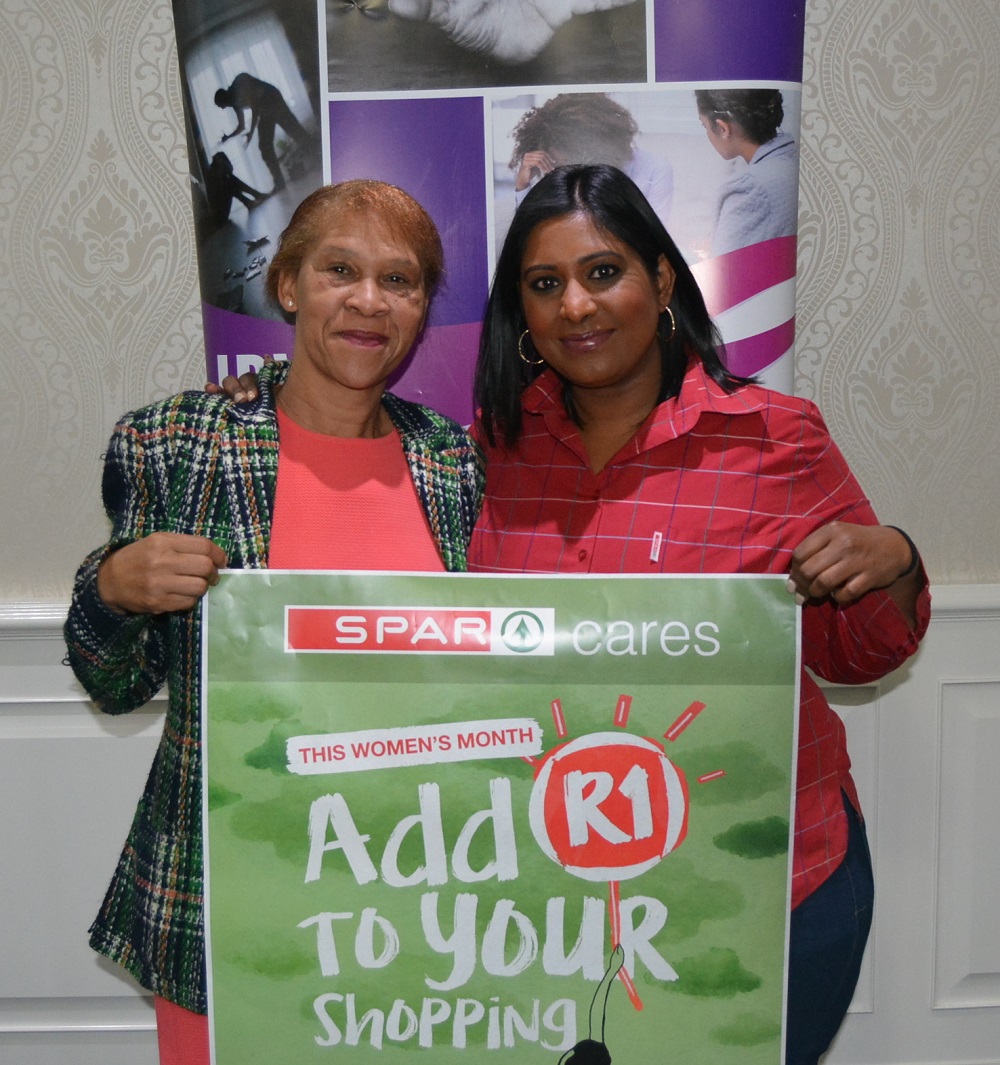 SPAR Eastern Cape has launched an initiative which will enable customers to support women who have suffered sexual abuse and violence by making a small donation each time they shop during Women’s Month.

By adding just R1 to their shopping bill during the month of August, customers will be making a donation to the Rape Crisis Centre in Port Elizabeth.

SPAR EC advertising manager Roseann Shadrach said they felt it was an easy way to support a cause which was in need of extensive support.

“As a brand, we have a responsibility to make a positive difference in the community we serve,” she said.

“We acknowledge the challenges faced by women in our region and our objective is to win the hearts and minds of consumers by showing SPAR’s support of the multiple causes that women face in our communities.

“We want to encourage our consumers to participate in this campaign. In that way they can join us in the SPAR Cares campaign by generating funds to assist women and children who have suffered abuse at the hands of others.”

She added that on making the donation customers would receive a sticker saying “I made a difference this Women’s Month”.

“By wearing the sticker the message will be spread outside the store, encouraging fellow customers to open their hearts and minds,” said Shadrach.

“It may seem a small thing but if everyone gets involved, together we can make a real difference in the lives of these women.”

With its administration office in Govan Mbeki Avenue in North End, the PE Rape Crisis Centre (RCC) was founded in 1992 by a group of women who were concerned at the high levels of sexual and gender-based violence against women and children.

Centre director Berenice Jacobs-Malgas said at the time it seemed that, with the widespread political violence in the country, rape cases reported to police stations were not taken seriously.

“RCC then lobbied for rape survivors and the administration of antiretrovirals, which was successful,” she said.

“The centre was nominated by the Department of Health to manage the Ncedo One Stop Centre at the Dora Nginza Hospital for rape survivors.

“During this time we also lobbied successfully for doctors to be made available to medically examine rape survivors.”

She added that the Thuthuzela Care Centre at Dora Nginza Hospital was a one-stop centre for all rape survivors.

“We provide face-to-face counselling services as well as assessment services and referrals of children,” said Jacobs-Malgas. “And then we also make telephone calls to those in need and carry out home visits in PE.”

To date the organisation has assisted over 10 000 rape survivors and about 68 000 pupils from 40 senior secondary schools have received awareness and education through the Rape Crisis Centre Life Skills Project.

“We would like to express our appreciation to SPAR Eastern Cape and are humbled at being chosen as the beneficiary for this initiative,” she said.

“We really value the fact that SPAR EC recognises the work done by the Port Elizabeth Rape Crisis Centre Trust in providing services to rape and domestic violence victims in Nelson Mandela Bay.”