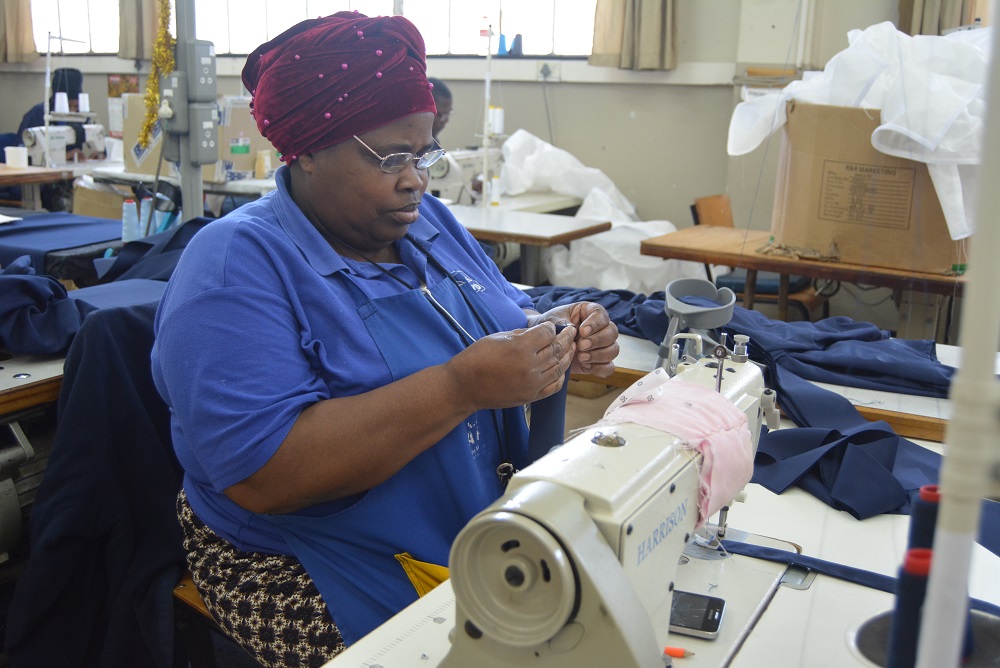 A wheelchair has broadened the world for Port Elizabeth’s Zethu Soya, making a difference by giving her access to places which previously were not part of her life.

Employed as a seamstress at the Association for Persons with Physical Disabilities (APD), Soya, who lives in Wells Estate, spoke this week of her gratitude at receiving a wheelchair through the annual SPAR Wheelchair Wednesday campaign.

Held in August each year, the initiative is running for the eighth time in 2019 and organisers APD are targeting a mark of 1 000 wheelchairs to have been donated to those in need since its inception in 2012.

Managed by the Association for Persons with Disabilities Nelson Mandela Bay and supported by SPAR Eastern Cape, each Wednesday volunteers from businesses, the municipality and schools are confined to a wheelchair for four hours to experience what those with mobility difficulties confront every day.

The project also raises awareness of the need for businesses in the metro and beyond to ensure their facilities provide easy access for those who are in wheelchairs.

Born with polio, Soya was able to walk for the first time when she was five, but has always had to operate with crutches.

“Previously I could not go to all the shops in places such as the Greenacres mall because the distance between some of the stores was just too far for me to manage.

“I used to have to sit in one place and ask people to get me things from certain shops.

“Now I have someone to push me and it is so much easier for me to get around.”

She adds that it has helped in many other aspects of her life as well, such as getting to church and attending the local clinic.

“Although I have crutches, I can’t go long distances, so having a wheelchair has made such a difference to my life. The Wheelchair Wednesday campaign and the work APD are doing are so important.”

Soya spoke about the need for campaigns such as this as there were thousands of citizens who had mobility issues.

“It is important because there are a lot of people who can’t get around and are stuck at home,” she said.

“For instance, my friend who has lost a leg can’t go anywhere and it’s people like her who need this support to make her life a little bit better.

“Receiving a wheelchair has changed my life.”

CAPTION: Zethu Soya, of Port Elizabeth, goes through her daily job as a seamstress at the Association for Persons with Physical Disabilities in Port Elizabeth. She says her life has been changed since receiving a wheelchair through the SPAR Wheelchair Wednesday campaign. Photo: Full Stop Communications