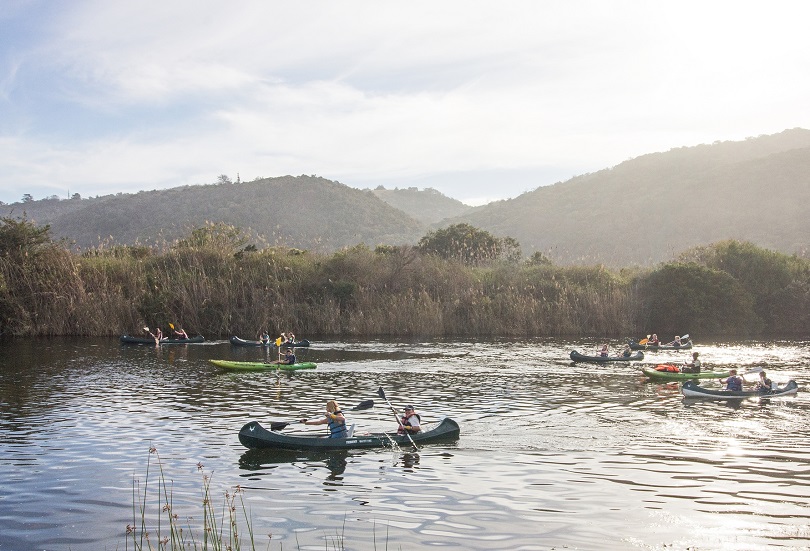 South Africans are invited to escape the daily hustle and bustle and head to the Garden Route National Park (GRNP).

The indigenous forests managed as part of the Garden Route National Park form the biggest forest complex in Southern Africa with many species having their most western distribution in the Garden Route according to Regional ecologist, Jessica Hayes.

The Park’s 128 hectares of terrestrial vegetation is 1/3 indigenous forest and some 2/3 fynbos.

The Park opens its gates for free entry thanks to a national partnership with TotalSA and FNB to all South African citizens from the 08th – 15th September 2019.

The number of locals visiting the GRNP has increased every year to over 7,000 two years ago since the campaign’s inception in 2006. This is largely due to great weather and people who visited in groups.

The Park is perfect for those looking for a remote getaway and also for those wanting to stay as close to nearby towns as possible.

This year, the Park is inviting citizens to explore its scenic picnic areas, the Wilderness section of the GRNP has Island Lake, Ebb & Flow Rest Camp’s day visitor areas, Jubilee Creek in the forest area of Goudveld/Millwood. Knysna has opened its forest excursions such as the Diepwalle museum, self-drive route in Diepwalle and the Garden of Eden picnic spot.

The Tsitsikamma section has opened its biggest tree (largest in the Region), its suspension bridge and some-day hiking trails inside the Storms River Rest Camp.

‘Through such inexpensive getaways, we are hoping communities will come out in their numbers especially since it will be open for 7 days from one weekend to another. We invite all South Africans to visit the Park and explore its various offerings’ says Paddy Gordon, Park Manager for the Garden Route National Park.

The Park’s recent upgrade of an entrance gate to the Storms River Rest Camp was completed last year and maintenance of the road to Wilderness was also completed, all traffic is clear leading to the GRNP’s three sections.

Wow places that make the Garden Route so picturesque

Image: A. Mouton for SANParks