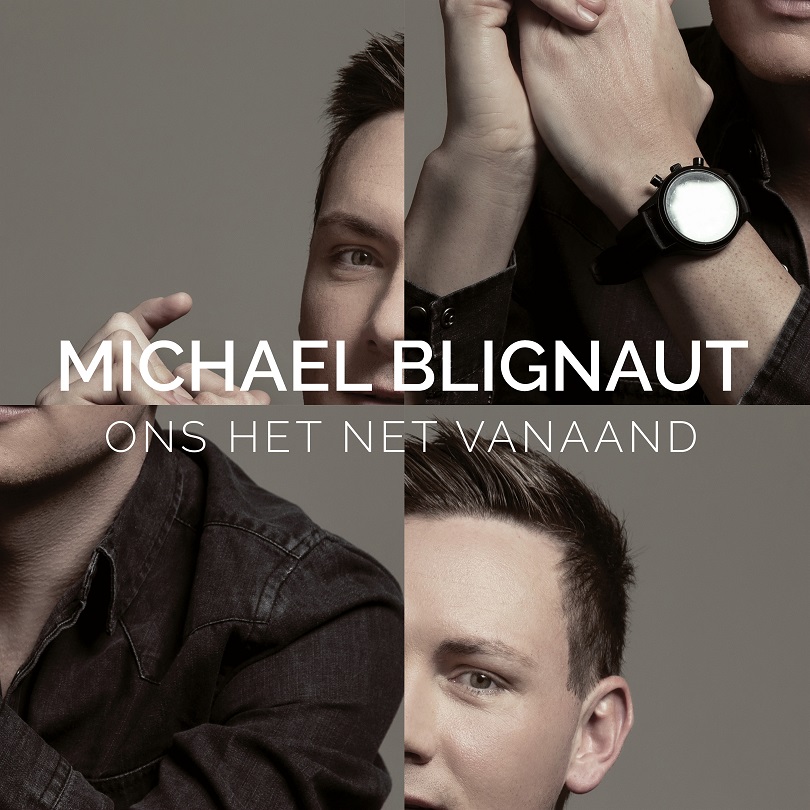 “Most of us have shared an instant connection with a stranger at some point in our lives. Although there is no promise of a long-term commitment at that moment, you make the most of this encounter and create memories that would last a life-time,” Michael Blignaut explains about the meaning behind his third single, ONS HET NET VANAAND, which has just been released and was produced by Muse Productions.

This pop song, written by Nerine Gardiner, has an upbeat dance vibe and is something new for this thirty-year-old who is known for his soulful ballads. “This is my very first dance song and I felt that the style was appropriate for the theme of the track,” he says. “When Nerine and I talked about the song, I immediately liked the idea, because I have had a similar experience once and could identify with the message.”

A music video of the track is also planned for the near future and will be filmed in Gauteng by Fathom Media, who also produced Michael’s previous videos. Although the artist doesn’t want to reveal too much about this yet, he shares that they have a very fun outdoor concept in mind and that fans can expect to see a familiar face or two in this production.

ONS HET NET VANAAND follows in the successful footsteps of his previous singles, Naglig and Hemelwater, which were very well received. Both hits were play listed on several major radio stations and the music videos can still be seen on TV. Naglig topped the charts of the Cape Town regional radio station, SFM, for four consecutive weeks. “I am extremely proud of the songs that I have released so far. They carry strong messages and have received good feedback from the public,” shares the musician.

Michael grew up in Piet Retief and has been singing since he was just a little boy, but only started performing professionally much later in his life. Because the timing was not right, his entries into reality competitions like Ons Soek Die Sanger, The Voice SA and Die Kontrak, did not amount to much. He studied Business Management and Tourism at the Tshwane University of Technology and after graduation, he became part of his family’s business.

He was, however, not planning on giving up on his music dream and joined a band, called MP5, who performs at weddings, functions and special occasions on weekends. The group has also had the opportunity to perform in Mozambique twice.

Since releasing his first single in September 2018, the artist has had the opportunity to share the stage with many big names in the industry and shares that the experience has exceeded his highest expectations: “Sometimes I feel like I have to pinch myself to ensure that I am not dreaming. It has always been my passion to sing. Now I am doing what I love and people are enjoying it.”

Although Michael Blignaut initially only wanted to experiment with his music by sharing three songs with the industry, the success he has achieved so far is enough to convince him to pursue music full-time. ONS HET NET VANAAND contains all the feel-good elements South Africans love and promises to be a hit on the dance floor soon.