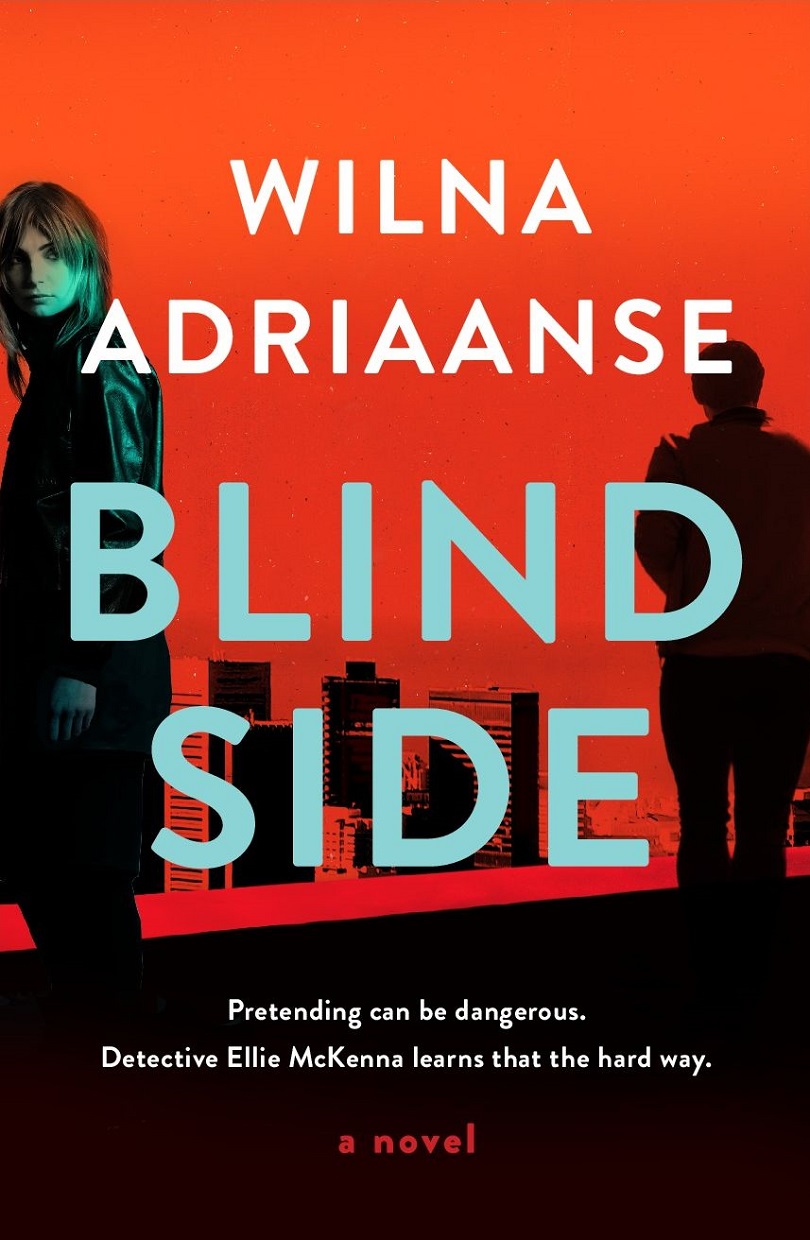 Lieutenant Ellie McKenna of the Crime Intelligence Division is a conflicted cop: she is mourning the death of her father, John, also a police officer who was murdered while he was working. McKenna is convinced that it wasn’t a random crime and she knows who did it, she tells Brigadier Ibrahim Ahmed , head of the Serious Economic Offences Unit in the Western Cape that she wants access to his files to prove it. The Brigadier warns her not to get involved and tells her that if she disobeys his order she will lose her badge. To add to her woes she has a problematic relationship with her mother, Rika, who drinks too much. But Ellie also has a confidante, Melissa Calitz, with whom she was at Stellenbosch University studying psychology. Both were selected to do their Master’s degree. However, Ellie, a clinical psychologist,  chose the police while Melissa qualified as a counselling psychologist. And they have remained best friends.

The funeral and the wake, was a harrowing affair for Ellie, especially at Joe’s near Durban Road, Bellville where colleagues gathered to toast his memory.

Captain Albert Greyling is Ellie’s part-time lover and he persuades to go undercover to infiltrate Cape Town’s criminal world. After discussions with Brigadier Andile Zondi she agrees. Captain Clive Barnard whom she trusts implicitly will have her back. In no time at all Zondi sets up a  fake security company with offices in Cape Town’s CBD. But if anyone checks the credentials they will be real enough. In no time at all Ellie is thrown into the Western Cape’s dark, dark side. She is hired to provide security for the young girlfriend of the dirty Enzio Allegretti, a night club owner who has fallen for Clara Veldman, the niece of notorious gangster, Nazeem Williams, who hires Ellie to protect her  which makes Allegretti most unhappy. Ellie also suspects Williams had something to do with her father’s death. Enter Nick Malherbe, the family’s head of security, who has been sent by the Don, Allegretti senior, to keep an eye on his son to make sure he doesn’t screw up more than he already has. Enzio Allegretti has dirty  fingers in many pies, and he is a rather unsavoury character. Malherbe is also an enigma and a man with a past and connections to intelligence agencies.

Adriaanse’s thriller comes straight out of newspaper headlines. Readers will recognise references to one of Cape Town’s underworld figures, the Russian, Yuri Ulianitski, who was gunned down and killed along with his daughter, 4, in Milnerton, in 2007. A snake in the grass is Ken Visser, who has some kind of deal with the young Allegretti. Gabriella, Visser’s sexy wife has her eye on Malherbe. There are many layers to this complex and gripping thriller. What makes is stand out from the genre is Adriaanse’s focus on the characters. They live and breathe; they are human. And with a few deft strokes of her pen they jump off the pages. Clara is a typical empty-headed, attractive young woman and Adriaanse has drawn her perfectly; there always seems to be an aura of evil around Nazeem Williams; Malherbe is not what he seems and neither is Greyling. Ellie herself is in a dilemma not knowing who she can trust. She is still affected by her father’s death and her mother’s relationship with another man adds to her woes.  Two standout characters are Brenda, a prostitute and police informer, Happy, a drunk homeless man. And they also have Ellie’s back.

Blind Side is a gripping story that has been translated from the Afrikaans Dubbelspel which will garner Adriaanse many more fans. Don’t miss it. The sequel End Game has been published and will be reviewed soon.