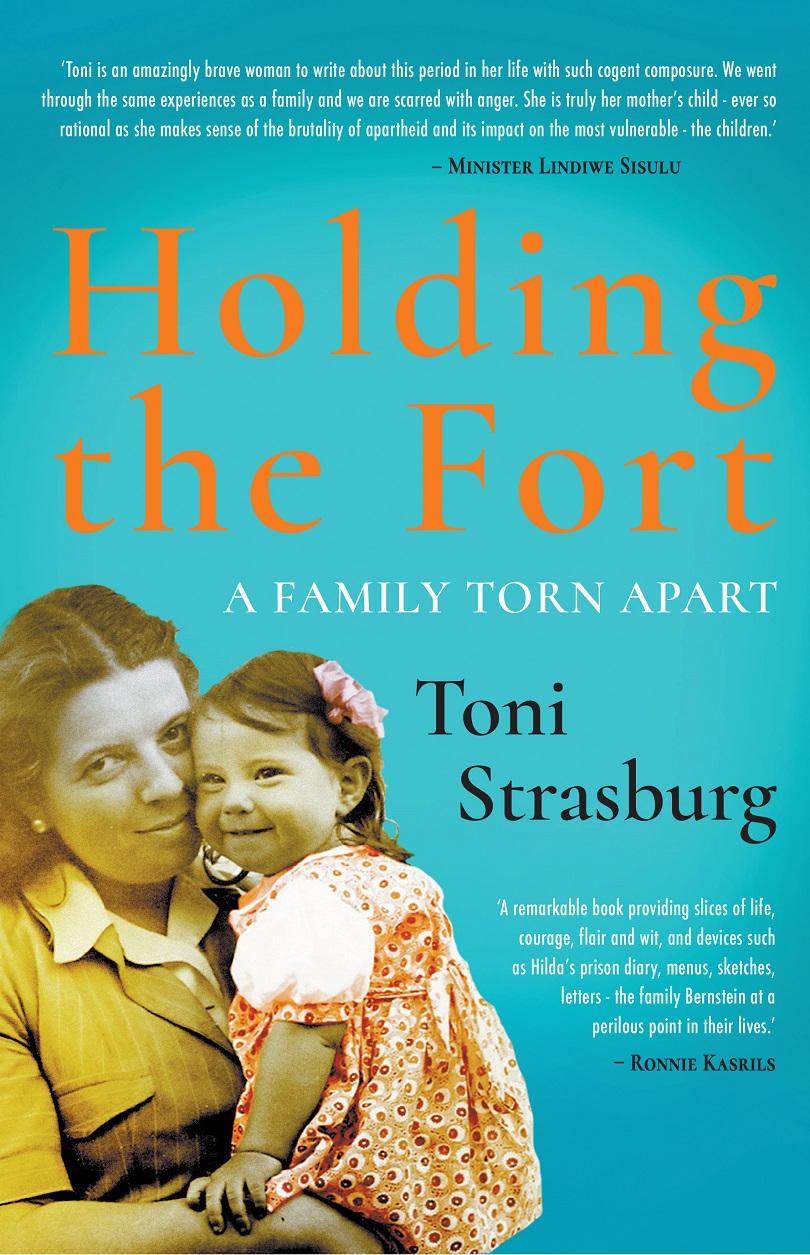 A Family Torn About

It must be a terrifying experience to see your parents taken away in the back of a police van by the Special Branch to be held in detention for three months, without trial, simply because they opposed the then government’s apartheid policies. But that’s what happened to Toni Bernstein (Strasburg), when she was a 16-year-old in 1960, leaving her to bear the burden of looking after her siblings, Keith (3), Frances (9) and Patrick (11). They were farmed out to various friends and relations so the teenager wasn’t entirely on her own. But still she had to grow up quickly and take on some adult responsibilities before her time. Her parents, Rusty and Hilda Bernstein were well known anti-apartheid activists and members of the then banned South African Communist Party. Lionel (Rusty) was arrested at Liliesleaf Farm and along with Nelson Mandela and other high-ranking members of MK (Umkhonto We Sizwe) and charged with treason. Bernstein was acquitted for lack of evidence but was immediately rearrested, recharged  and then given bail. Shortly after, he and Hilda made a dramatic escape to Botswana then to London where the family lived in exile for many years and only returned to take part in SA’s first democratic elections in 1994 but he died in exile in 2002. Hilda also played a big role in the anti-apartheid movement. She was one of the leaders of the 1956 Women’s March, she was one of the founders of the Federation of South African Women, the first multi-racial organisation for women. In exile she continued to work for the ANC. Later she became a graphic artist and writer. She died at her Cape Town home in 2006 at the age of 91.

The title, Holding The Fort, is a misnomer. It’s not really about Toni and what she did in her parents’ absence. It’s more about her mother and her experiences while in detention told through letters and a diary she kept for the three months, although it seemed much longer. However, Toni does describe some of the activities in which she became involved including the Detainees Children’s Demo. The children were protesting about their parents’ incarceration.  About 20 people took part in the protest on the steps of the Johannesburg City Hall, and later she and Ilse Fischer, her  best friend and daughter of Bram and Molly Fischer, both well-known activists, Mark Weinberg and Essop Pahad, took a petition to mayor Alec Gorshel asking him to intervene on their behalf. While they were waiting for Gorshel she became concerned about the children, because she couldn’t hear any noise. Later when she went to investigate, Barbara Kalk, the daughter of activists, Willie and his wife who were members of the Young Communists League, told her the children had been arrested.

Toni was the only child allowed to visit her parents in gaol (sic) but she doesn’t reveal what she felt when she saw them for the first time after they were detained under the State of Emergency. In fact most of her comments seem to be impersonal as if she was just a spectator viewing events from afar. Holding The Fort consists mainly of letters and from a diary that Hilda Bernstein wrote while she was in detention. The letters are too and from her children, as well the occasional letter from Lionel. Hilda’s diary is revealing and gives a good insight into the lives of the women detainees, first at the infamous The Fort, now part of Constitution  Hill in Johannesburg and then to Pretoria Central where they were later moved. She also describes what life was like for the African prisoners who had it much worse than the white detainees. There is also a detailed explanation of the Hunger Strike, the women, and then the men, embarked on.

Some of the reproduced letters are hard to decipher but it is worth persevering. Some of them are heart-breaking, some more optimistic. There also sketches by Hilda of their activities in jail: drawings of the detainees, knitting, exercising and reading, or just sitting and thinking. Hilda also wrote letters to Keith, mainly in the form of amusing poetry accompanied by light-hearted sketches. And of course to Frances and Patrick.

In their letters the Bernsteins spell Toni’s name with a “y”. It’s a pity that Strasburg didn’t reveal more of her emotions. Holding The Fort is a welcome addition to the plethora of books about South Africa’s struggle history, told by someone who has a close-up view of those tumultuous and scary times. Highly recommended. Today, Strasburg, who divides her time between Cape Town and London is an award-winning maker of documentaries which include Chain of Tears  and others made across the Frontline states. Her memoir is called Fractured Lives. She has an MA in Creative Writing from UCT.