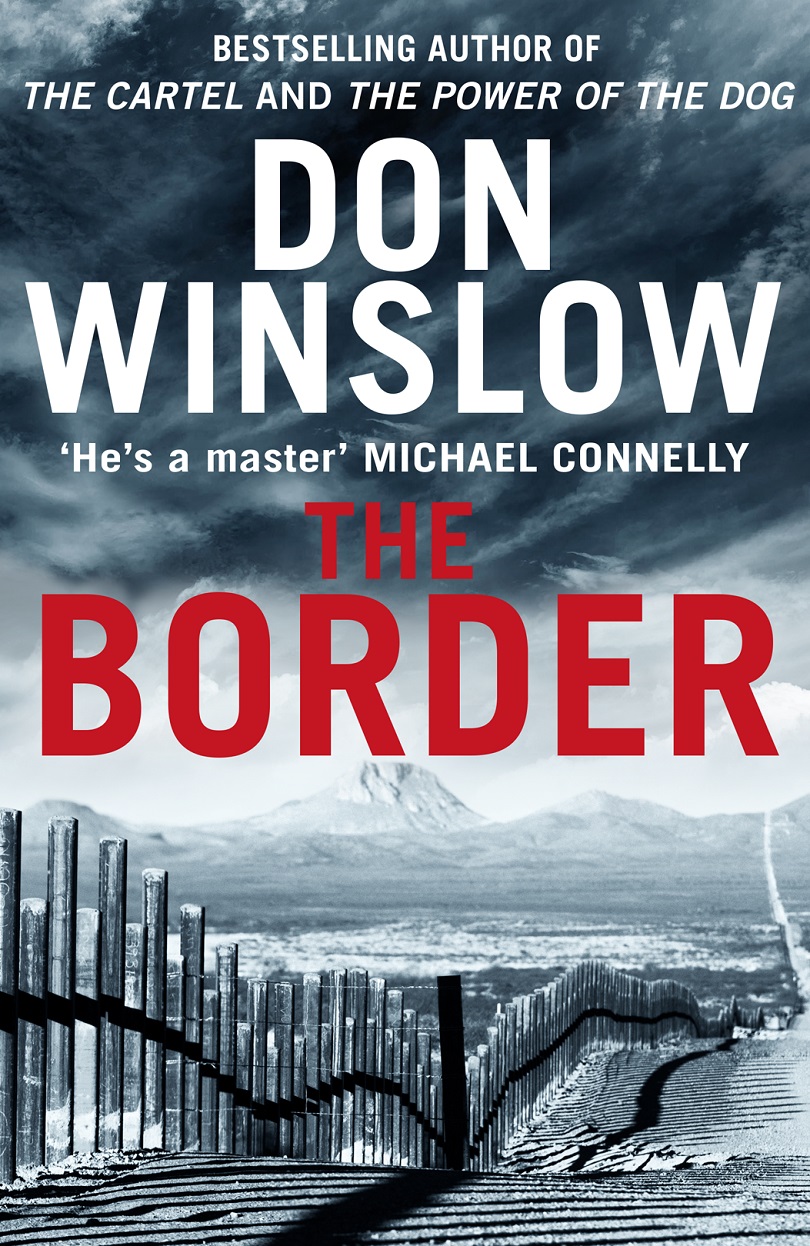 Don Winslow’s The Border, the last book in the trilogy is an epic and follows The Power Of The Dog and The Cartel which all focused on the war on drugs in America, Mexico and the powerful Sinaloa Cartel, once led by Adan Barrera. But the cartel is a shadow of its former self, thanks to Art (Arturo) Keller of the Drug Enforcement Agency who has devoted his time to bringing down Barrera, known as the godfather. In The Cartel Keller puts Barrera in jail from where he makes a dramatic escape. Keller knows that it’s a war he’ll never win. Disgruntled and depressed he works as an accountant. He has also sworn vengeance on the people who tortured in the most gruesome way his partner and friend, Ernie Hildago.

When the rumours start that Barrera has been killed in the Guatemala jungle the battle for succession begins. The cartels split into factions, and the inter-rivalry is intense with betrayal, murder and backstabbing routine.

Keller accepts an offer from Senator Ben O’Brien to become the head of the DEA surrounded by an incoming administration and a new president who will be inaugurated shortly. But some members of the new government-in-waiting have some very dirty fingers indeed. They are in bed with the drug traffickers that Keller is trying to bring down. Talk about State Capture in South Africa a few very corrupt people who will soon be in power have been captured by the drug lords. There are references to Donald Trump and if you were following the election campaign and the subsequent events you will recognise the name Dennison, who in Tne Border, is John. Michael Cohen one of Trump’s lawyers from 2006 to 2018 gave the president the name David Dennison in non-disclosure agreements. Dennison is also a property mogul. Events take a turbn for the worse when Marisol, now Keller’s wife who was badly injured (Power Of The Dog), goes to Mexico City to protest against the disappearance of 43 students , Keller’s loyalty is called into question, especially by Dennison who refers to Marisol Cisnerol, a doctor, as “Red Mari” in a tweet. Another nod to Trump.  Keller testifies at a Senate hearing that the old ways of doing things is not working. By killing the heads of the cartels it opens up a vacuum for a power struggle which only opens the way to more killings. Another plan is to shut down the flow of money from America to Mexico. But the senate members are not convinced. However, headstrong as always as he showed in the first two books of the series, Keller does things his own way. Reluctantly he hires Hugo Hidalgo, the son of Ernie, as his point man; he also works with Chief Brian Mullen, a long-time colleague he can trust. Mullen persuades Detective Bobby Cirello to go undercover.

A new generation of druglords emerges, Los Hijos: Ivan Esparza, Barrera’s godson Ric Nunez and Ruben Ascension. After Adan’s death his sister, Elena, is back, but no longer the power she used to be and her days are numbered. The in-fighting between the Los Hijos members lead to more death and destruction. The Border may be fiction but it also brings into stark relief the “Wall”  between Mexico and the United States, the handling of the migrants and of course the drug problem. Winslow, with unerring accuracy, pinpoints the extent of corruption in the highest echelons of power.

Elena hires a hitman, Sean “Billy the Kid” Callan to protect the block she has left. Callan who is living the quiet life with the beautiful Nora Hayden, at one time Adan Barrera’s mistress, agrees. But when he disappears Hayden confronts Elena.

Then Keller drops a bombshell when he leaks a story to the Post that White House adviser Jason Lerner and the president’s son-in-law accepted money from a known Mexican druglord to bail out the Tower, a failing building project. Which opens a real can of worms.

The Border features several characters who have appeared in the previous two books and introduces some news ones, Cirello, who has a soft spot for the junkie Jacqui; Hugo Hildalgo and the unforgettable Nico Ramirez, 10, from El Basurero in Gautemala City, who ekes out a living for his mother and himself by scrabbling in the cesspit of garbage on the edge of El Basurero. Ramirez escapes to America by riding on top of La Bestia, the Beast, also known as the “Death Train” with his friend Flor. It’s a harrowing journey that few survive, but Nico does,  to eventually join his mother’s sister and her husband in New York City.

The book opens with a bang when there is an assassination attempt on Keller after he triggered a scandal that spread from the poppy fields of Mexico to the White House and now lives on a small ranch with Marisol.

In his acknowledgement, Winslow says that the trilogy consumed him for over 20 years.

All I can say that the journey has been worthwhile. The Border will consume you too and grip you from the prologue to page 716. It is an epic. And if you haven’t yet read The Power of the Dog and The Cartel you should try to beg, borrow or steal them. And you will become a Winslow fan.