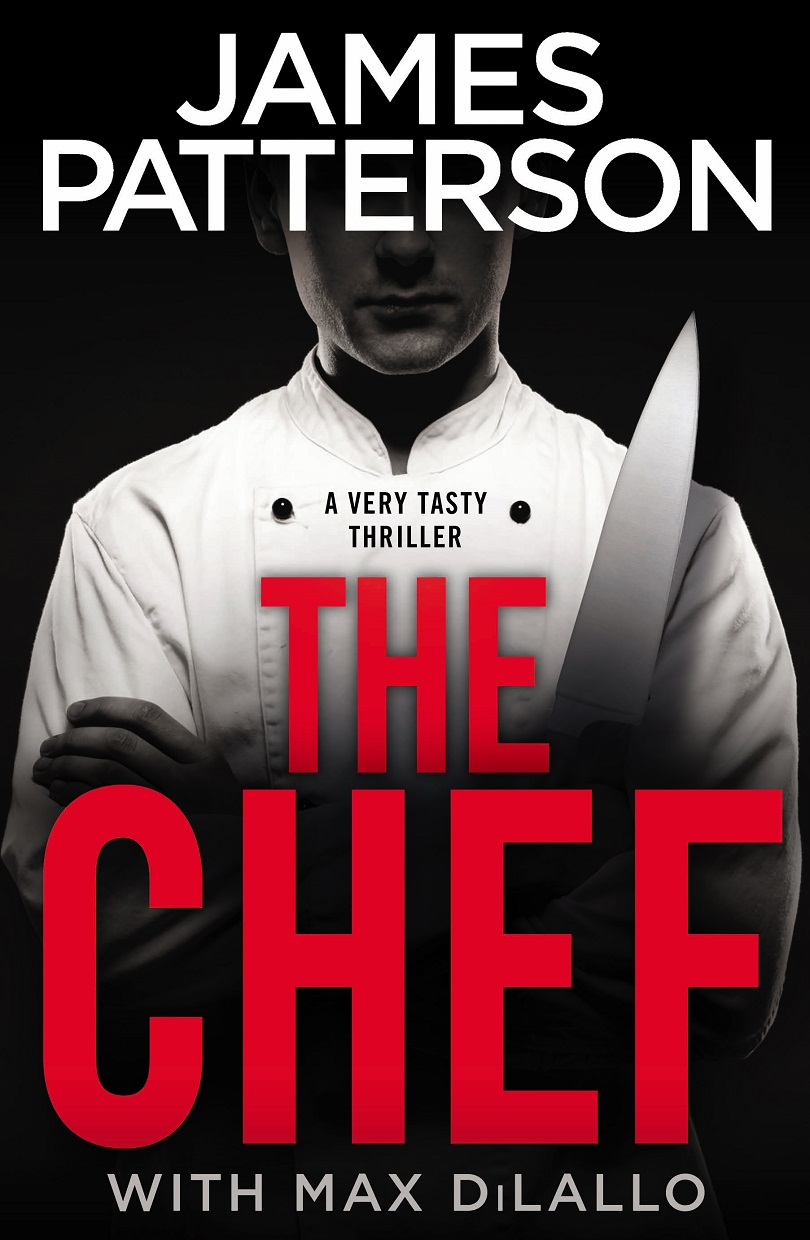 Describing James Patterson as a prolific writer is an understatement. Before you’ve turned the last page on his latest thriller, up pops another, written solo or with one of his many c0llaborators. Among his credits, apart from his standalone novels, he is the creator of the Alex Cross series (30); The Women’s Murder Club; Private and  NYPD Red series, to name some.

Although most of his books are written to formula, they make great escapist reading. And The Chef is no exception but only if you take it with a pinch of salt, and don’t get too hot under the collar about some of the inaccuracies. For instance, citizens of New Orleans where most of the action takes place don’t call is Nawlins, as Patterson and DiLallo would have us believe (I know, a friend has lived there for many years), although tourists do; and the central character, disgraced cop Caleb Rooney, a chef who owns a food truck, along with his ex-wife Marlene, enjoys chomping on an organic green jalapeño chili as an energy booster. Those jalapeños are so hot they’ll scorch your mouth.

But back to Rooney who was kicked off the force after he shot and killed a drug-dealer, a member of the notorious Franklin gang, using unnecessary lethal force, the verdict said. So Rooney goes back to his first love, the Killer Chef food truck which, if you can believe it,  caters for hundreds of thousands people, for whom he prepares tasty dishes. And it’s going to get even busier with the famed Mardi Gras about to start bringing with it tourists galore.

In a way Rooney is pleased to be out of the force and going back to cheffing in his food truck, while Marlene does the hard work, cleaning and scrubbing, and keeping the hungry hordes in order. Rooney even invents a special dish – Cajun style duck fat scrambled-egg  po’boy– for a drunk and disorderly customer. One day Rooney notices an unusual number of cops on patrol and he wonders what it’s all about. As he no longer carries a badge the police are reluctant to tell him. But he suspects it is something serious. Then he gets a call from his former CO, Brian Cunningham, to tell him a terrorist attack on the city is imminent and asks for his help. Rooney agrees, even though it is an unofficial assignment: he’s on his own with no back-up. The suspects, of course, are Muslim, and the hunt for the terrorists takes Rooney into shady neighbourhoods and dodgy warehouses which house NGOs posing as charities, including one for Crescent Care, but which is a  front for terrorist activities.  Without giving too much away Rooney thwarts the terrorists’ plan and uncovers the mastermind behind the scheme, and it’s not a Muslim, to blow New Orleans out of the water during Mardi Gras.

Rooney comes into conflict with the FBI and other security agencies because they think he’s getting in their way, and he believes they’re ignoring his home-grown knowledge. During the hunt Rooney falls in love with the delicious Vanessa , wife of a competing restaurateur, he gets beaten up a few times, finds time to work in the food truck to satisfy the hungry masses. Will Rooney go back to the police or will he stay with the Killer Chef food truck?

The Chef is true to Patterson’s time honoured formula: murders, red herrings and a twist at the end. A great beach read and it will probably gain Patterson even more fans.