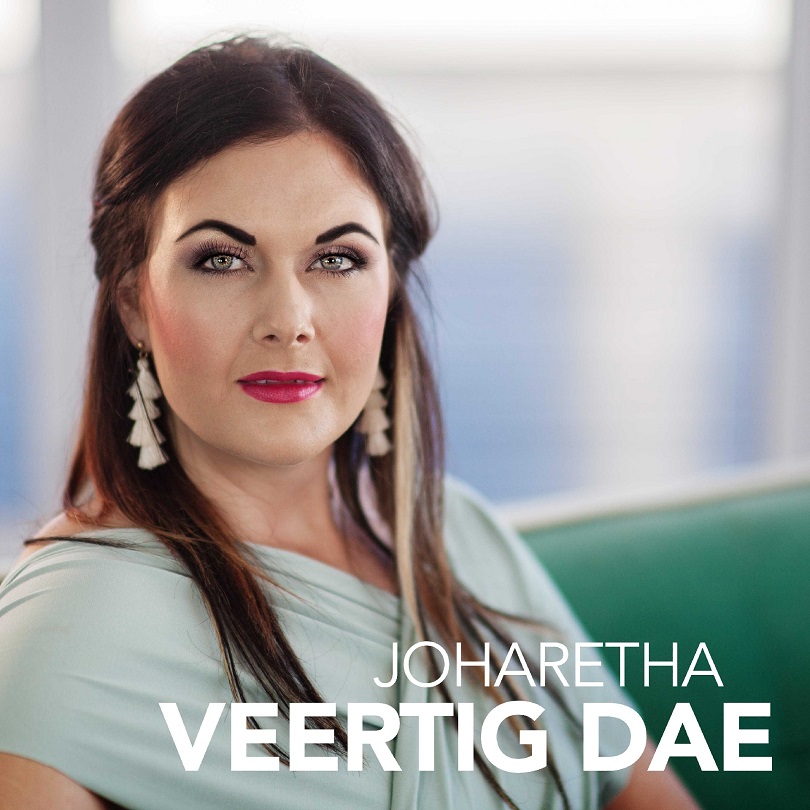 The song showcases her unique voice, which is perfectly suited for this popular genre. It is also the first release from her debut album, which will be available soon and is something she has been dreaming about for the past ten years.

40 DAE is about not giving up when things get complicated in a relationship and to fight for love. This inspirational hit was written by the artist herself and she believes that it will resonate with audiences of all ages. “40 DAE is symbolic of what is written in the Bible about the timeframe that is required to really make a change in your life,” she explains. “It means a lot to me, because I agree with every word that I am singing. We’ve been married for six years and have had to overcome our fair share of challenges together. But we love each other and when things get tough I also follow the advice in my song. I feel that the words in my first single was a gift from God.”

The music video was also released online and focus on enhancing the emotion of the lyrics by using live performance shots as footage. The single and video was produced by Nautilus Studios’s Gernot Fritze, Rainer Von Hatten and Zanele Mzinyati. “Nadia van den Heever also helped us to find the perfect location for the video. It was shot at Villa Maji in Swakopmund. It is a beautiful venue and was exactly what I had in mind as a backdrop for this project,” the musician reveals.

Joharetha Nel, who was born and raised in Pretoria, currently lives in Namibia with her husband and four-year-old son. Her love for music started at a young age and she has been entertaining audiences since kindergarten. She is a dreamer and credits the upcoming release of her debut album as one of her biggest career highlights up to date. The brunette has been working in the music industry for nearly a decade and also holds a Grade 5 Music and Grade 3 Theory of Music qualification from Unisa.

Over the years, she has had a lot of success in the industry, including being selected as the lead female vocalist in the stage production – The Carnival Variety Show – at the Cadillac Theatre & Nightclub in Pretoria, winning the Musiek & Liriek radio station competition and ending in third place in the The Voice of Namibia song competition. In 2016 she was also named Mrs Namibia, which not only gave her a platform to establish valuable relationships within the entertainment industry, but also to make a difference in her community.

Since launching her own successful music festival – die Walvisbaai Oester Fees – with her husband and fellow musician, Len Nel, eight years ago, they have had the privilege of sharing the stage with several great artists, such as Steve Hofmeyr, Jakkie Louw, Die Broers, Pieter Smith, Ray Dylan, Dozi, Charlize Berg, Jo Black and many more. They are also fortunate enough to perform at functions and festivals all over Namibia, such as the Outjo Wildsfees, and feel blessed that fans are so supportive of their music.

When she’s not on stage, the singer also runs her own business, Joharetha Nel Makeup and Photography, and enjoys experiencing the beauty of life through her camera lens. If she had to choose a different career, she would have liked to be an actress. “People, movies and personal circumstances inspire me when I write and my thoughts never sleep,” she shares.

Joharetha believes in working hard for what she wants and to never giving up on her dreams. She has big plans for the future and wants listeners to find themselves in the stories of her music. 40 DAE is only the beginning of a long and colourful career for this talented artist.