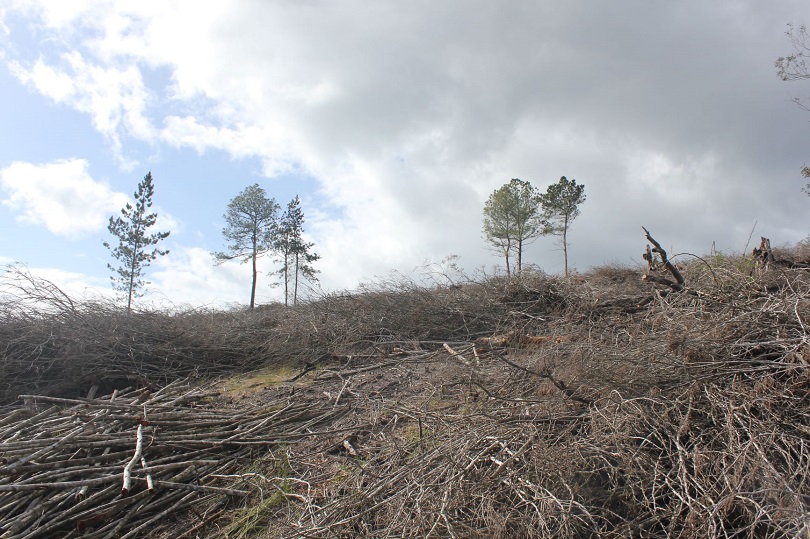 Several Garden Route landowners found themselves on the wrong side of the law when a full delegation of Green Scorpions (Department of Environmental Affairs, Forestry and Fisheries (DEFF): Directorate Biosecurity, visited the area for a weeklong blitz in August.

Following up on complaints and investigations dating back more than three years, DEFF officials visited landowners where environmental transgressions were prevalent, and served landowners with official warnings and directives to either correct infringements on environmental legislation such as NEMBA (National Environmental Management: Biodiversity Act, 2004) and CARA (Conservation of Agricultural Resources Act, 1983) or to be summoned to court.

Countrywide, DEFF is sharpening up on enforcing environmental legislation, including illegal developments, alterations to watercourses, land degradation and related issues. In the Southern Cape, post the devastating fires that raged through the area since 2017, landowners with invasive alien plant infestations in particular were targeted by governmental officials for failing to address the issue, often after pre-warnings to take corrective action were ignored.

“Watercourses, valleys and ravines along the Garden Route landscape are more often than not badly affected by invasive alien plants,” says Cobus Meiring of the Southern Cape Landowners Initiative (SCLI).  Despite constant encouragement and assistance to affected landowners, many choose to ignore the matter to their own detriment.

Whereas the drive to rid the Garden Route of invasive alien plants used to centre around the conservation of precious biodiversity such as fynbos, the sharp increase and severity of wildfire and constant drought in the region now overshadow conservation matters.

What is expected of landowners?

Landowners who find themselves guilty of not controlling or eradicating invasive alien plant growth on their land, and making themselves guilty of transgressing NEMBA and CARA legislation,  are normally pre-warned by DEFF in the process. They are subsequently served with directives to take corrective action or face a court of law and be fined.

In order to avoid such drastic action, and as a first step towards compliance, landowners are expected to draw up Invasive Alien Plant Management Control (IAP) plans, and present them to DEFF for scrutiny. An IAP Control Plan is a summary of which species of invasive alien plants are present on a particular piece of land, what their respective densities and age classes are and where they are located on the land. A control plan includes a prescribed prioritisation process and schedule of the areas where an affected landowner must commit to addressing the problem meaningfully.

Often easier said than done, landowners who find themselves in the pickle make use of trained environmental practitioners to draw up standardised control plans and present them to DEFF, which is an important first step to become compliant in terms of the law and avoid negative downstream consequences.

Landowners who want to participate in the SCLI programmes can write to cobus@naturalbridge.co.za to apply for assistance, or find more information on the website at scli.org.za.

Caption: Land cleared along the Swart River valley near Victoria Bay. Landowners in the Garden Route were left with no option other than to clear their land of invasive alien plants following drastic intervention by government. (Photo: SCLI)

SCLI is a public platform for landowners and land managers with an interest in the control and eradication of invasive alien plants in the Southern Cape. SCLI is sponsored by the Table Mountain Fund (TMF), a subsidiary of WWF SA.