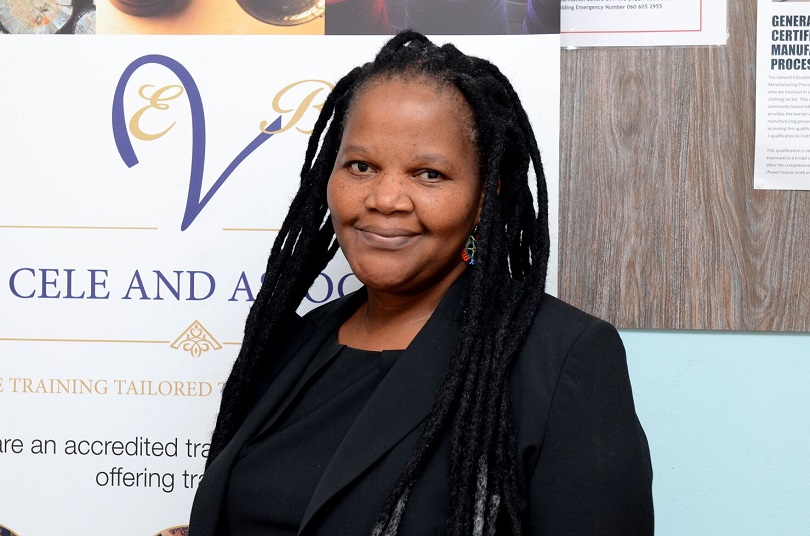 21 August 2019: Being exposed to business operations and role models from a young age can help inspire and instill an entrepreneurial spirit that lasts a lifetime.

This according to Jeremy Lang, Regional General Manager at Business Partners Limited (BUSINESS/PARTNERS), one of Africa’s leading risk financiers that has consistently approved over R1 billion rands in business loan finance per annum over the last five years, who believes that it’s never too early to start learning entrepreneurial lessons like money management, organisational skills as well as the concept of risk and return.

“Our client, Thobile Ntswana, is a great example of this. By helping out in her father’s shop when she was just 12 years old, Ntswana was exposed to business skills at an early age that would prove invaluable to her career and the success of her current business named after her father, VEB Cele and Associates,” says Lang.

Recalling her business journey, Ntswana attributes much of her success today to her early start. “Growing up in Eshowe in KwaZulu-Natal, my father’s shop was a stone’s throw away from my school, so I naturally spent my afternoons there, helping out,” she says. “I even assisted in expanding the reach of the shop, by starting a delivery service to pensioners in the community who found it difficult to come to the shop.”

After finishing school in the late ‘80s, Ntswana completed a computer programming course; a somewhat pioneering move, as this field is still white-male-dominated today. After working a few months as a computer programmer at an insurance company – her only experience as an employee in her life – she went on to study computer science at what was then the Rand Afrikaans University.

Her education and training business started in her and her husband, Abbey Ntswana’s, Hillbrow flat shortly after graduating and after the birth of her first child: “I had started typing CVs for friends, acquaintances and an ever-increasing number of clients. Some of them started asking for basic computer lessons, and soon I found myself owning a fully-fledged computer school in Eloff Street, the centre of Johannesburg,” says Ntswana.

For four years she ran her business in partnership with a British computer academy, NCC, before she and her family emigrated for a short stint in the Netherlands, due to her husband’s work contract. It was there that their second child was born and Ntswana focused her time on raising children.

When they returned to South Africa in the year 2000, Ntswana was keen to run a business again and bought a Maths and English teaching franchise, which she practiced from home on their smallholding in Vereeniging. A further opportunity presented itself when South Africa’s new skills-development system through the Sector Education and Training Authorities (SETAs) was started. This motivated Ntswana to throw herself into the teaching of assessors, various vocational training courses, as well as business consulting and training through the government’s small business development agencies.

From this point on, VEB Cele and Associates only went from strength to strength. They moved into rented offices in Johannesburg and Ntswana’s husband – also a computer programmer – left his job as a business analyst to join her in running the company. A significant breakthrough came when VEB Cele and Associates won several contracts from various SETAs. The most notable of these was the Fibre Processing and Manufacturing (FP&M) SETA, which hired VEB Cele and Associates to teach vocational skills to retirees and retrenchees at Harmony mines.

It was at this point that Ntswana realised she was spending too much on office rent, and that her business needed its own property, with the correct training facilities and storage space. After approaching Business Partners Limited (BUSINESS/PARTNERS), she was successful in securing appropriate new premises in Bramley, Johannesburg. She also received further support through an interest-free technical assistance loan from Business Partners Limited for the company’s marketing outreach.

Today, VEB Cele and Associates is as busy as ever, with 25 permanent staff members and continually expanding. The company is accredited to train no fewer than 40 different qualifications and it has a dedicated projects division that is ready to take on any new training opportunities that arise.

“I am confident that the new company premises will see us growing from strength to strength. I may have started my business career early, but I’m far from finishing,” adds Ntswana.