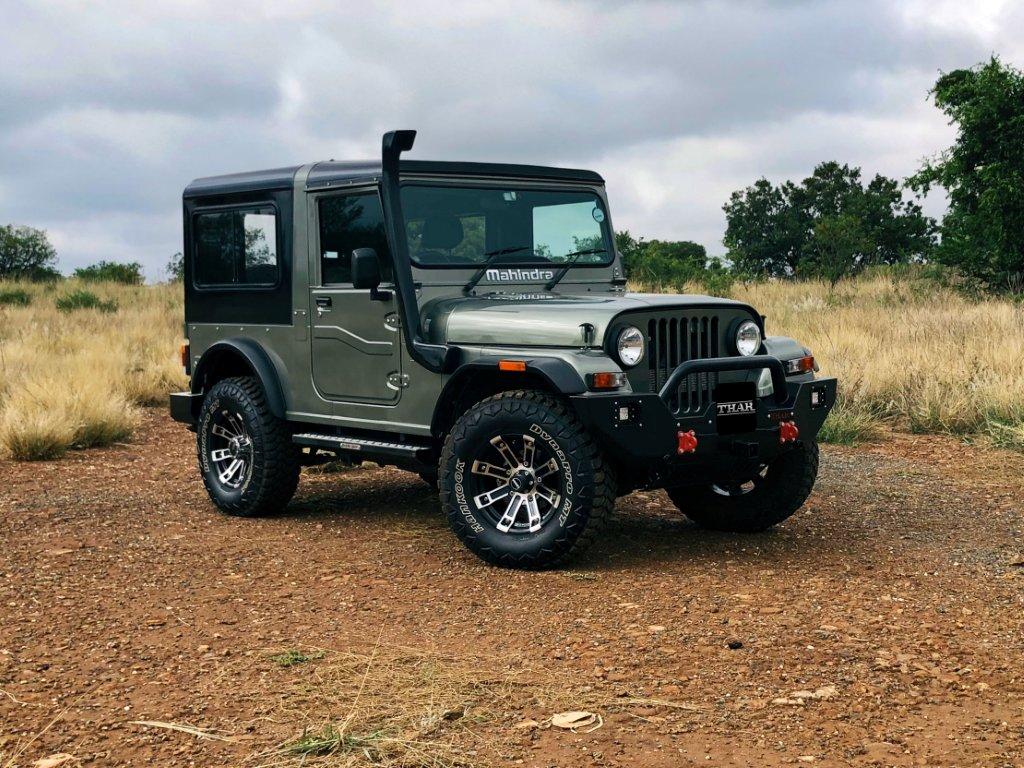 Brian Joss – Mahindra South Africa will make its debut at this year’s WesBank Festival of Motoring at the Kyalami Grand Prix Circuit in Gauteng with a trio of special edition vehicles.

The company will focus on its range of off-road ready models, which will be available to test drive at the 4×4 Village. Here guests will be able to experience the full capabilities of the Mahindra 4×4 models on a range of obstacles specifically created to put them to the test.

The three limited edition models that will be showcased at the event are the Pik Up S10 Karoo, the Scorpio S11 Adventure and the Thar Adventure Series.

The S10 Pik Up Karoo Edition was first launched in February in celebration of the company’s first year of local vehicle production. It has since become a firm favourite among enthusiasts, who are looking for a luxury off-road pick up that is only marginally more expensive than the standard model.

The S10 Karoo is immediately identifiable thanks to its blacked-out cosmetic package, including dark off-road alloy wheels, a dark nudge bar and dark Karoo-branded roll bar. The model also has Karoo decals and features all the luxuries of the S10 model range, including satellite navigation and climate control.

The Thar Adventure Series was first launched in limited numbers in March this year, following feedback from Thar owners and overland specialists.

This off-road icon features a set of off-road bumpers, which has integrated LED fog lights in front and recovery points for a high lift jack at the front and rear. Both bumpers also have mounting points for accessories such as a winch or tow bar.

The Thar Adventure Series also has a custom-designed steel canopy and off-road ready alloy wheels. A factory-fitted snorkel rounds off the standard equipment and there are a number of optional extras available, including hard-wearing rock sliders and more off-road focused tyres.

Completing the line-up is a special Adventure Edition of the Scorpio S11 SUV. This model is fitted with Mahindra’s trusted 2.2 litre turbo-diesel engine, which delivers 88 kW and 289 Nm of torque and, like the Pik Up, offers electronic shift-on-the fly capabilities between low- and high range.

On the S11 Scorpio, Mahindra has added a replacement front and rear bumper, which increases the vehicle’s approach angle and adds additional tow and recovery points. The S11 Adventure Edition is also equipped with a roof rack, 17″ alloy wheels and custom-designed rain visors.

The success of Mahindra’s new XUV300 (watch out for a review in The Gremlin) and of special edition models such as the Karoo and Adventure Series has seen the company grow by no less than 30% in the new financial year. This is in stark contrast to the general automotive market, which has declined over the same period.

The WesBank Festival of Motoring is now in its fourth year, and this year it is expected to welcome over 70 000 guests during its four days at the Kyalami Grand Prix Circuit. The Festival opens its doors on 22 August and Visit: https://festivalofmotoring.za.messefrankfurt.com/johannesburg/en.html for more information.