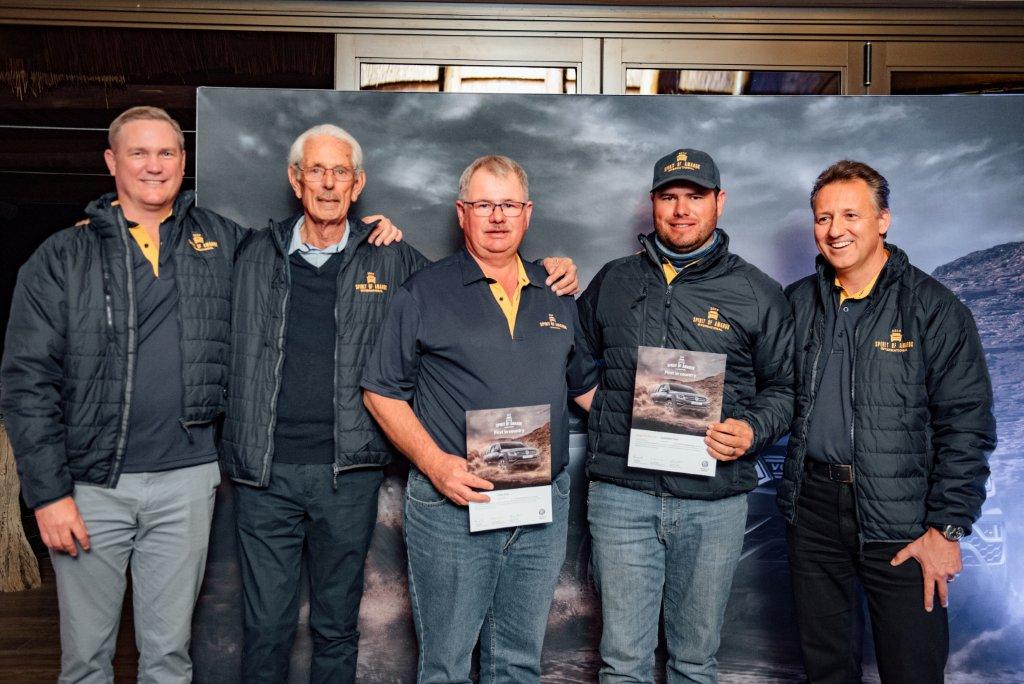 Brian Joss – At the fifth instalment of the International Spirit of Amarok off-road precision driving competition, Christiaan and Pikke Otto lifted the sought-after Wolf Trophy, which is the mythological animal after which the Amarok is named.

‘‘The first placed team displayed the most patience, strength and determination, raking up 2024 points, to be crowned the 2019 champions in the toughest amateur off-road competition in the world,‘‘ said Mark Handley, Head of Sales and Marketing for Volkswagen Commercial Vehicles.

Denmark’s Jesper Markussen and Søren Markussen were the runner ups with a total of 1929 points and South Africans Ferdie Pretorius and Johan du Toit were placed third with 1800 points.

With two teams in the top three, South Africa amassed 3824 points to claim the gold medal as the  best country. Denmark claimed the silver medal with 3298 points and Germany came in third with 3100 points, taking the bronze medal.

This year’s competition, designed by rally and track racing legend, Sarel van der Merwe, included technical, speed and off-road challenges as well as a tyre-changing challenge which put teams through their paces.

For the first time ever, the competition was contested using the 3.0 V6 165kW 4MOTION® Auto Amaroks. The milestone year also saw the use of left-hand drive along with right-hand drive Amaroks in order to make the competition exciting for all markets competing.

‘‘Volkswagen Commercial Vehicles is incredibly proud of the five-year history of International Spirit of Amarok competition and how it has continued to grow in stature,“ concluded Handley.

The local qualifying series for Botswana, Namibia and South Africa takes place from April each year and applicants could stand a chance to compete in the 2020 International Spirit of Amarok competition.