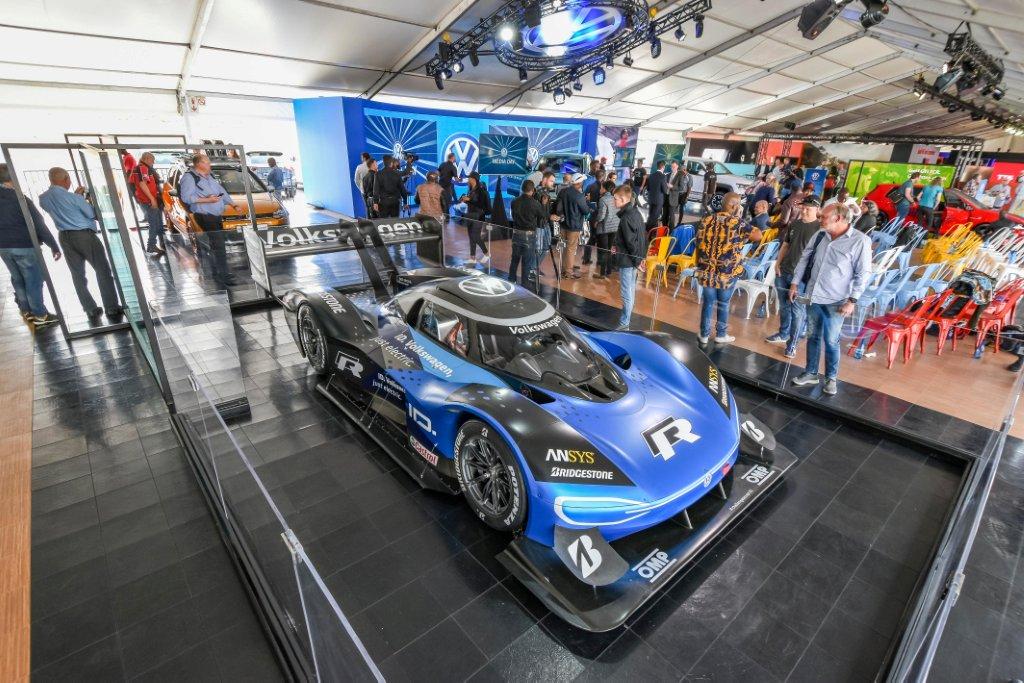 Brian Joss – Volkswagen South Africa unveiled five new models at the Festival of Motoring at Kyalami including the Vivo Dune and the soon-to-be-launched T-Cross.

Vivo Dune concept car is inspired by South Africa’s diverse landscapes, specifically the beautiful but also dry and harsh mountainous regions such as the Great Karoo and the Kalahari Desert. This defined the Vivo Dune’s exterior colour and trim for the vehicle, as well as how the vehicle was built. The concept car is a rugged off-road model and distinguishes itself through a host of new exterior features like customised paint, roof carrier with integrated LED light bar and accessories, painted roof, snorkel on the A-post on the left hand side, front underbody cover, LED headlights, off-road tyres and side styling bars with decals. At the rea are shark-fin antenna, tailgate spoiler, spare wheel on a carrier, chrome exhaust tail pipe and mud flaps.

The concept car was hand built by Volkswagen’s Product Engineering team under the leadership of Dr Joost Kessels. It will not go on sale but will be on show at Volkswagen’s AutoPavilion museum in Uitenhage.

Other models which were on show included the fully electric Volkswagen ID.R which generates 500kW and 650 Newton metres of torque, accelerates faster than a Formula 1 car.

It is Volkswagen’s first electric race car and the technical forerunner to a new generation of electric production models. Since its world premiere in April 2018, the ID.R has gone to set prestigious records. This ground-breaking vehicle made history by breaking records at Pikes Peak, Nürburgring-Nordschliefe and more recently at the Goodwood Festival of Speed Hill Climb.

The all-new T-Cross, which will join the Tiguan, Tiguan Allspace and Touareg in the model range in South Africa from September, is a practical, cool and versatile addition to Volkswagen’s fast-growing SUV range.

It has a carefully balanced combination of casual style, refined practicality and extreme cost-effectiveness. The T-Cross will soon be captivating hearts in the South African market with its combination of style, practicality, flexibility, connectivity and fuel economy.

The Golf GTI TCR, was derived from the racing car of the same name – the two-time overall winner of the international TCR racing series.

The fastest Golf GTI ever made will retail in South Africa in the first quarter of 2020 and only 300 units will be available in the country.

Specifications of the local model as well as pricing will be announced towards the latter part of the year.

The Amarok is now available with a special edition model, the Canyon.

The Amarok Canyon is set apart with its refreshed look and sees new features as well as additional exterior and interior styling elements.

The Amarok Canyon will be available for order from September and retails for R799 000.