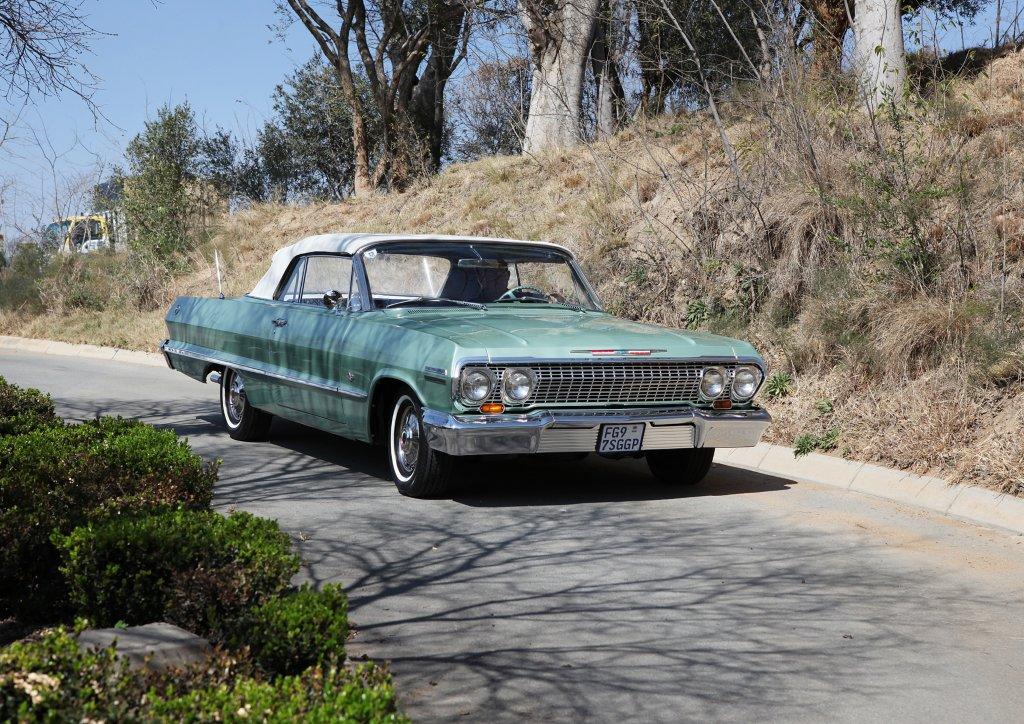 Brian Joss – Showcasing a stunning array of classic cars, together with some of the finest modern luxury motor vehicles, Concours South Africa will be held at Steyn City, on the outskirts of Sandton, from Friday August 30 to Sunday September 1.

Starting on  Friday night with the induction of Graham Duxbury and Basil Green into the SA Hall of Fame, (www.halloffame.co.za), Concours SA will see the sub-continent’s best motor cars vying for the cherished Best of Show accolade, awarded at Sunday’s prize-giving, on Sunday September 1.

As a highlight, the complete Rolls-Royce model range will be on show, , while Rolls-Royce Motor Cars entertain their VIP guests.

“We are proud to be associated with an event of this calibre,” said  Marek Letowt, General Manager of Rolls-Royce Motor Cars Johannesburg. “Concours South Africa has fast established itself as the place to engage with the who’s who of SA’s social and business communities.”

In addition to the Dawn, Ghost, Phantom and Wraith, Rolls-Royce’s new Cullinan will take pride of place on the Concours parklands. Named for the world’s largest gem-quality diamond – and the town outside Pretoria where it was found in 1905 – the  Cullinan will sit alongside a selection of historic Rolls-Royces, including a 1934 Phantom III barn-find.

McLaren, Aston Martin and Pagani will also be represented, courtesy of the Daytona Group, in the form of a McLaren Senna, a few select Aston Martins, and – celebrating the 20th anniversary of Horacio Pagani’s first creation – the Zonda.

The hand-crafted 2003 Zonda C12S will also be on show at Steyn City. One of only two in southern Africa, the Zondas will soon be joined by SA’s first Huayra Roadster, which was recently delivered at Pagani’s Modena factory.

Honouring South African Specials – a new Concours category for 2019 – a minimum of three Opel Kadett Superboss from the early 90s will sit alongside some rare BMWs, including a 745i Art Car. The only 7-series in the world that was authorised by BMW Munich for Group II racing, this unique car has recently been “arted-up” by renowned painter, Sam Nglengethwa.

Guests will also have the chance to ogle at least two Ford Peranas honouring 2019 SA Hall of Fame inductee, Basil Green; as well as the iconic Alfa GTV6 3 litre.

“We encourage you to book now, as tickets will not be available at Steyn City on the day,” advises organiser Greg Marucchi, “and be sure to don your most stylish attire, as there will be a prize for the best dressed woman on Sunday.”

Concours South Africa will once again donate proceeds from entry fees to QASA, the Quadriplegic Association of South Africa.

CAPTION: One of the classics that will be lining up at Concours. Picture: Quickpic