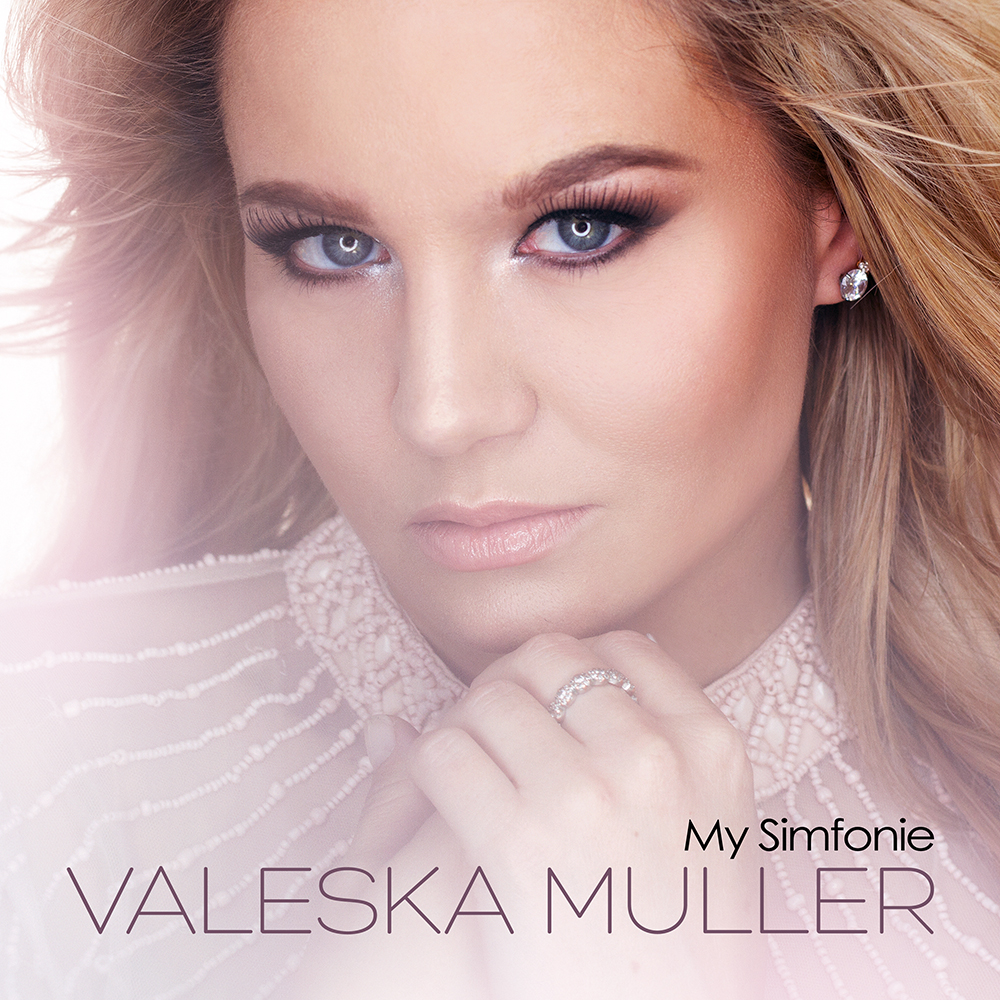 Over the years, Valeska Muller has mastered the art of conquering the hearts of listeners with her soothing voice, upbeat songs and honest lyrics.

It therefore comes as no surprise that fans are super-excited about the release of her long-awaited debut album, MY SIMFONIE, which not only showcases her talent, but also offers a collection of music that everyone will enjoy.

“This album is literally ‘MY SYMPHONY’. An extensive musical composition of my life and, of course, my love for music,” she explains. “With this release, I wanted to introduce myself, add something new to the industry and share my work with those who have supported me for so long.”

She describes the genre of her first CD as electro pop-dance with a hint of progressive house music. It consists of fifteen original Afrikaans and three English tracks, created primarily by Valeska and her producer, BIGG-T. Two of the songs were written with Sean Butler and the singer feels that a lot of quality time was spent to ensure a unique and perfect end-product.

“It was important to me that the emotion of each song is represented by the music. Many topics are addressed throughout the album, such as sadness, trauma, disappointment, frustration, love, acceptance and hope. Each track was approached like a movie – some have action, others will make you laugh or dance and then there are some that will make you cry,” Valeska shares. “I think that the album is unique and progressive. We experimented with different sounds and melodies and created something that not many Afrikaans listeners are used to. It’s very fresh and exciting.”

According to the artist, Jy Vat Alles has a very special place in her heart: “It is a letter that I wrote to someone and I often listen to it myself, because it awakens something deep within my soul.” She also feels that Hou Jou Mond En Dans and Naby My Naby Jou have the potential to become popular with the crowd.

The release of the album follows closely in the footsteps of her latest single, Verlange Van Jou, which was inspired by events from her own life and resonates with audiences of all ages. This striking original, created by Valeska and producer BIGG-T, can be described as progressive house music and created quit a buzz in the industry. It will also be available in English soon.

The music video, filmed by Saint Nic Media’s Nic Billington, sparked a lot of interest because of its unique concept of using colour (blue and red) to reflect her contrasting emotions. It can currently be seen on television.

Her previous singles, Skyn Jou Liggie Vir My and Verdwaal Saam Met Jou, were both very well received by the public and can still be heard on the radio. The music videos of both songs, which were produced by the same director, have also had thousands of views on YouTube.

The singer is currently training for the Two Oceans Marathon, busy learning Spanish and working on the finishing touches of her debut album, which is scheduled for release later this year. “Having the opportunity to record my first album in my mother tongue is a very big deal to me. It is hard work, but also a very rewarding experience,” she says.

Aside from her goal to change the face of Afrikaans music and touch people’s hearts with MY SIMFONIE, Valeska Muller also has some other big dreams that include a world tour, starring in a movie, writing a book and starting her own music label. Because there were too many songs to include on her current album, listeners can also look forward to some exciting new releases in the future.

BUY HER ALBUM ONLINE AT: