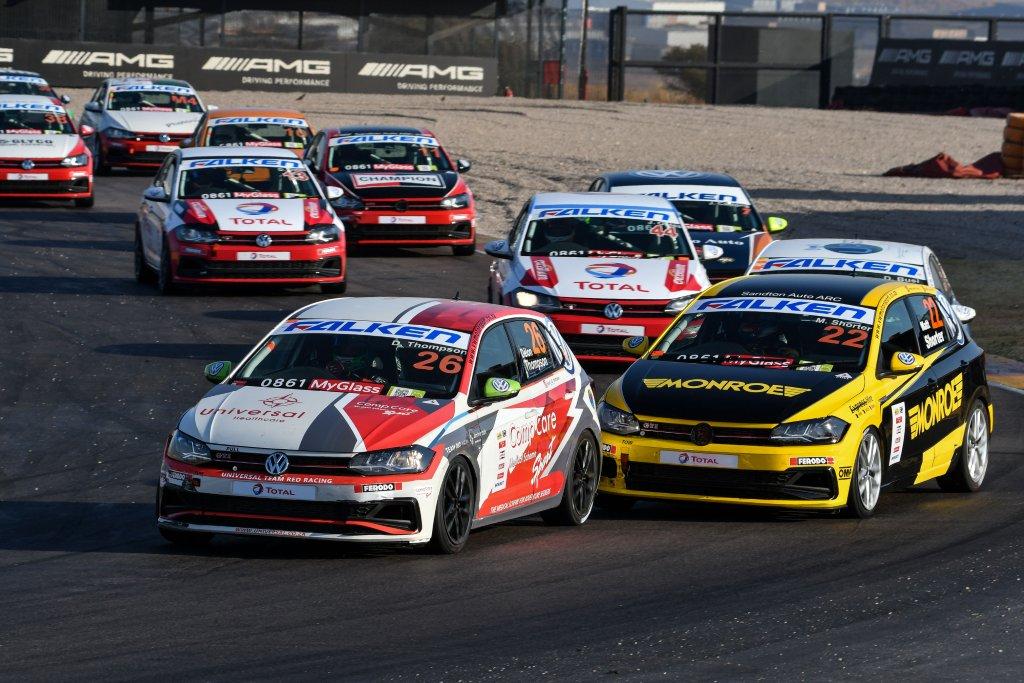 Brian Joss – The Falken Polo Cup provides some of the closest and most exciting wheel-to-wheel racing on the South African motorsport calendar. The highly anticipated return to the fast and challenging East London Grand Prix circuit on Saturday August 31,  will undoubtedly bring more of the same.

The first half of the 2019 Falken Polo Cup was a two-horse race between reigning champion Jeffrey Kruger and Bradley Liebenberg. However, at round 5 of the championship at Zwartkops Raceway in July, the return of 2017 champion Devin Robertson threw a spanner in the works, as he not only set the pace during qualifying during his first outing in the new-generation Polo GTi (and was the only driver to go under 1 min 11 sec), but he snatched victory in the first race and secured second in heat two.

The race wins and runner-up positions were traded with Liebenberg who, crucially, moved into the championship lead by 17 points over Kruger – the latter having a disappointing outing, but he currently holds a 52-point advantage over third-placed Keegan Campos.

As the fastest race on the national calendar, the East London Grand Prix circuit rewards the brave, and is expected to deliver another exciting weekend of intense and extremely close action from the Falken Polo Cup brigade – and only the foolhardy would bet against Liebenberg to be a front-runner once again. Kruger will need a strong performance to keep Liebenberg – and this year’s title – within sight, as only two rounds remain after next weekend’s visit to the Eastern Cape.

“The Falken Polo Cup is always exciting and full of action, and fans can expect more of the same in East London,” said Mike Rowe, head of Volkswagen Motorsport. “Although Bradley and Jeffrey have led the charge this year, Devin’s impressive return to the series at Zwartkops has certainly spiced up the racing.

The battle for third place in the championship is as hotly contested as ever, with Keegan Campos, Chris Shorter, Jurie Swart, Clinton Bezuidenhout, Jason Campos, Dario Busi and Matt Shorter all covered by a mere 25 points from third to ninth places in the title chase, respectively.

For Volkswagen Motorsport’s Jonathan Mogotsi, who is currently 10th in the rankings, the return to East London will hopefully get his campaign back on track. Mogotsi was very competitive in East London last year and the talented driver will be hoping to return to his winning ways in 2019.

Action at the fastest circuit in South Africa will include free practice sessions on Friday August 30, with the qualifying and two races scheduled for Saturday.