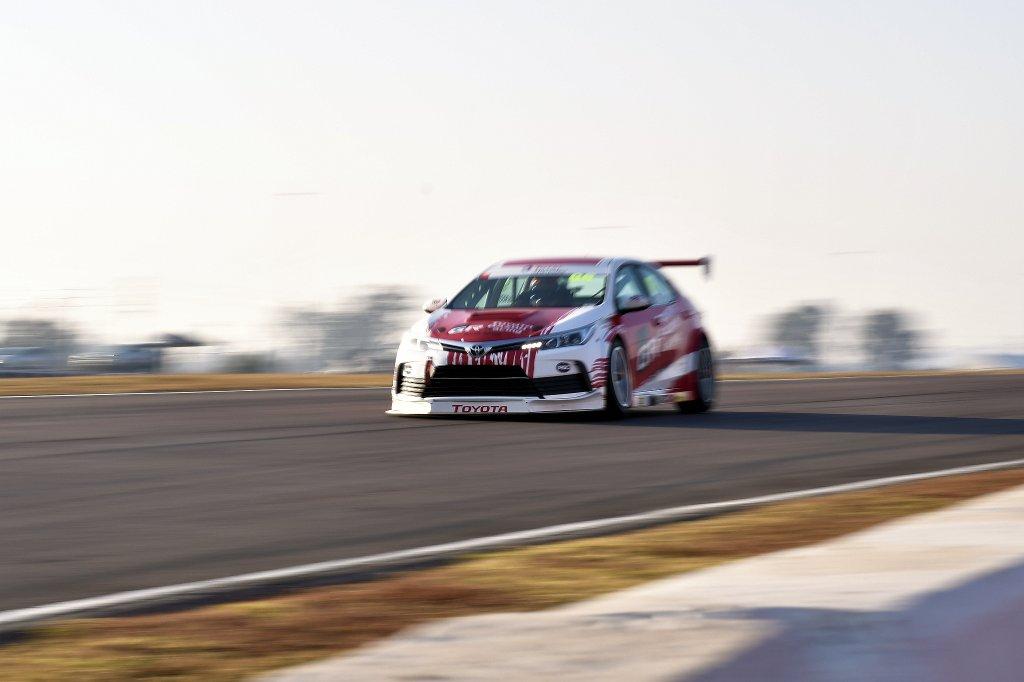 Brian Joss – Toyota Gazoo Racing SA’s Michael van Rooyen, who campaigns a Toyota Corolla in the Global Touring Car (GTC) championship, will be aiming for maximum points during Round 6 of the 2019 season.

The race, which is set to take place in East London this weekend (August 30 and 31) has been good to Van Rooyen in the past, and the Rustenburger is upbeat about his chances.

“We had a great race in East London last year, and I feel we’re in a better position in terms of preparation this time around, so I’m hoping for a good result,” said the ‘Rustenburg Rocket’ before setting off for the event. “The car is better than ever, and we’ve proven our pace in qualifying. Now we just need to turn good starting positions into more points.”

As it stands, Van Rooyen (177 points) finds himself in tussle for third place on the log – but the lead of the championship is only 21 points away, with three rounds to go. For now, however, his focus will be on Johan Fourie (178 points) and Daniel Rowe (179) points, who are both within striking distance.

“Then there’s a bit of a gap to Keagen Masters (190 points) in second place, and Simon Moss (198 points), who leads the championship,” explained Van Rooyen. “We all know that nothing is over until it’s over, and I’m feeling confident about the rest of the season.”

The East London race will be followed by Round 7, at Killarney Raceway in Cape Town (27-28 September); before the championship concludes with Round 8, at Red Star Raceway in Delmas, on 25-26 October, 2019.