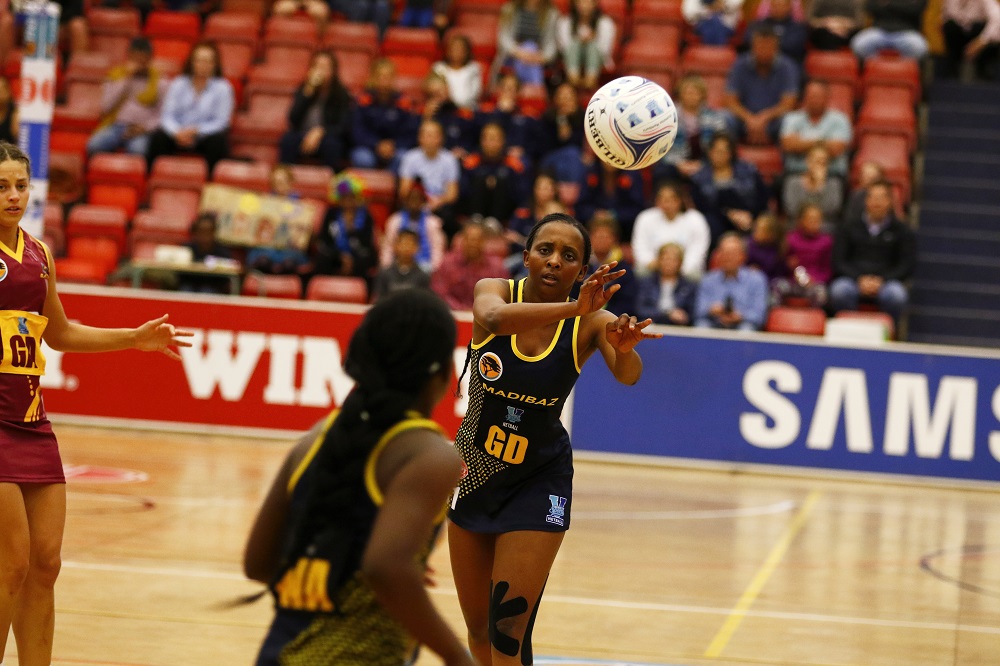 SPAR Madibaz netball captain Jeanie Steyn was thrilled with their winning start to the Varsity Netball competition in Port Elizabeth on Monday, but says she knows they still have much work ahead of them.

Playing at the Madibaz Indoor Centre, the Nelson Mandela University outfit made the perfect start with a bonus-point 50-24 win over University of Johannesburg, who were playing under Proteas captain Bongiwe Msomi for the first time.

The Madibaz squad, under coach Lana Krige, will now turn their attention to a stiffer challenge when they face UP-Tuks in Stellenbosch next week.

Steyn was pleased with the way the team performed in their opening game.

“It was good to see how we have progressed and also what we still need to work on for the rest of the competition,” said the 24-year-old Madibaz skipper, one of the senior players in the squad.

“Going into the match against UJ we obviously wanted to win because it was our first match.

“We knew we had to focus on our strengths and strategies and apply what we’d been working on thus far.

“We are also striving to really enjoy the whole process and competition and actually just have a bit of fun too.”

Steyn certainly seemed to enjoy herself, being named the MTN Interceptor of the Match, standing strong against the UJ attacks.

She and FNB Player of the Match Hlumisa Sithonga often proved the difference between the two sides as they constantly thwarted their opponents’ attempts to narrow the gap.

The way the match unfolded, Steyn said, allowed them to use all their players.

“The positives are definitely that we gave all our players a chance to get on court and that enabled us to settle on our different combinations.

“All of us have identified certain aspects that we can work on for the next match, but yesterday’s encounter was a great starting point and we are excited to keep growing as the competition continues.”

Steyn acknowledged that it would be a fresh challenge against UP-Tuks, one of the competition’s leading teams, on Monday.

“Tuks will definitely be a different ballgame from UJ,” said Steyn. “They are a fast, reactive team, but we can counter that by playing smart and patient netball.”

UP-Tuks showed their ability by also scoring a bonus-point win when they defeated Free State University 63-42 on Monday.

CAPTION: Madibaz star Hlumisa Sithonga was named FNB Player of the Match in the Varsity Netball encounter against University of Johannesburg at the Madibaz Indoor Centre in Port Elizabeth on Monday. Photo: Michael Sheehan