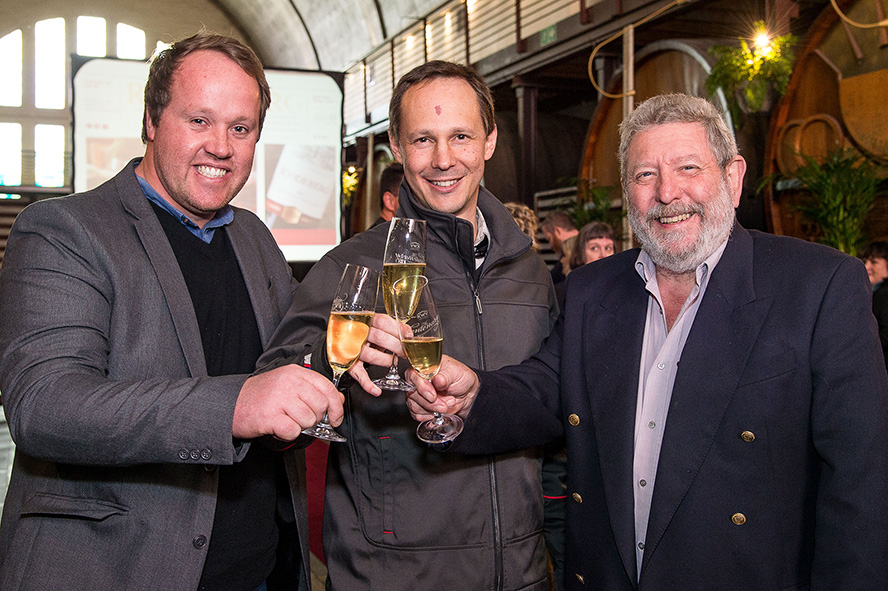 Roodeberg, the true South African original that celebrates its 70th anniversary this year, has taken its narrative back to the heart of the country’s winemaking roots with the launch of ‘1949’, a meticulously crafted, limited edition commemorative blend.

Continuing the Roodeberg tradition as a blend with universal appeal, Roodeberg 1949 lends new vitality through the added intrigue and dimension of exciting contemporary varieties from sought-after vineyard sites, starting a new chapter in the illustrious Roodeberg story.

The maiden 2017 vintage was crafted from Stellenbosch grapes grown on Grondves Farm, one of the primary sites for the development of mother plant material for the South African wine industry. Given Roodeberg’s rich history and international footprint, it is particularly fitting that this new ultra-premium red blend that straddles tradition and innovation comes from this special terroir.

“Roodeberg 1949 is a dedicated collaborative effort harnessing some of the finest plant material along with our combined viticultural and winemaking expertise,” says winemaker Louwritz Louw, who worked closely with viticulturist Marco Ventrella and former KWV Cellarmaster and renowned wine educator Prof. Charl Theron in seeing this exclusive commemorative blend come to life.

“Each variety brings something unique to the blend resulting in a wine of exceptional concentration and finesse. Cabernet Sauvignon and Tempranillo lend structure and intensity, while the Carignan and Carménère contribute spicy intrigue and depth of flavour,” adds Louw.

Rigorous selection from the vineyard to the barrel is the bedrock of Roodeberg 1949. After fermentation, the different components are left to mature for 18 months in new French oak barrels and only the finest barrels are blended and bottled for this commemorative wine.

Ever evolving with a rich heritage spanning 70 years, the name Roodeberg resonates in the hearts and minds of wine lovers the world over. Roodeberg 1949 continues this tradition as a contemporary blend with universal appeal; a wine that is imminently drinkable and accessibly yet complex enough to age beautifully.

Roodeberg 1949 will be released annually in limited quantities and the blend may vary from year to year. The wine sells for R249 at the KWV Emporium.

Launched in 1949, Roodeberg is a cherished South African original that has stood the test of time. Over the past 70 years, this signature red has evolved from the master’s original blend to an accessible, contemporary classic in step with changing times yet remains rooted in tradition. Its rich heritage and colourful tapestry of wine folklore is the stuff of legends.

Developed originally as an honest expression of Cape red wine, Roodeberg is the brainchild of Dr Charles Niehaus, a legendary pioneer of the South African wine industry, who crafted the first vintage from the 1946 harvest. Dr Niehaus was the successor of Dr Abraham Izak Perold, the KWV’s chief wine scientist and revered father of Pinotage. Inspired by a glorious sunset over the Paarl mountains, the name, Roodeberg, harks back to the vineyards of Rothenberg near Geisenheim in Germany where Dr Niehaus studied winemaking. He retired in 1971 leaving a rich legacy of winemaking prowess in his wake.

For the first 55 years, Roodeberg was exclusively made for export after Canada paved the way in the 1950s. Although not readily available locally until 2004 without an acquaintance with a KWV quota, Roodeberg has always enjoyed iconic status in the hearts and minds of South Africans. It is said that bartering sought-after test match tickets, biltong and the like ‘under the table’ in return for a bottle or two was common practice. According to the January 1986 Wynboer, for South Africans abroad, a glass of Roodeberg was like a hug from home. The same still rings true today. For many Roodeberg conjures up fond memories of people, places and occasions, and of sharing special moments with family and friends, often with rare vintages squirreled away.