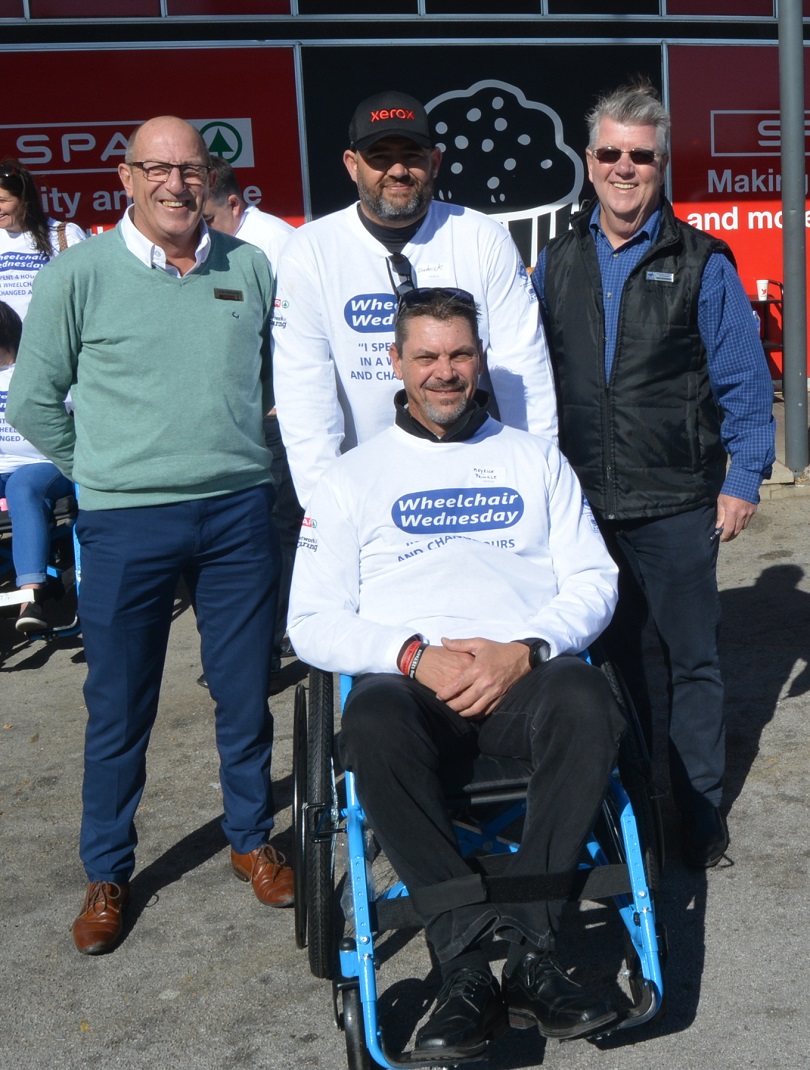 Creating greater awareness among the youth in society was one of the chief accomplishments of the latest SPAR Wheelchair Wednesday campaign, which culminated with the final episode at SPAR Linton Grange in Port Elizabeth yesterday.

Held in August each year, the initiative is running for the eighth time in 2019 and organisers APD are targeting 1 000 wheelchairs to have been donated to those in need since its inception in 2012.

Managed by the Association for Persons with Disabilities Nelson Mandela Bay and supported by SPAR Eastern Cape, each Wednesday volunteers from businesses, the municipality and schools are confined to a wheelchair for four hours to experience what those with mobility difficulties confront every day.

The project also raises awareness of the need for businesses in the metro and beyond to ensure their facilities provide easy access for those who are in wheelchairs.

APD chief executive Brian Bezuidenhout said the campaign had been another “amazing success” and they would be donating at least 180 wheelchairs to those in need at next month’s handover.

For the first time last year, the organisers had a school involved when girls from Collegiate High participated in the exercise and this year they were joined by pupils from Lawson Brown, Pearson and Grey High.

“Definitely the highlight of the campaign for me was getting the schoolchildren involved to experience the difficulties that some people face,” said Bezuidenhout.

“Next year we want to take it up a notch by empowering more youth and striving to create further awareness among schools of the situation in our metro.

“But we must give a big hand to those who took part this year.”

Besides the schools, Bezuidenhout said businesses in Nelson Mandela Bay had come to the party and thrown their weight behind the campaign.

“Their participation on the day has been fantastic and the feedback we have received has been great.

“It’s all about creating awareness among them and their staff which has helped us to achieve the aim of making their premises wheelchair-friendly and helping to make a change to people’s lives.”

SPAR EC sponsorships and events manager Alan Stapleton said they would definitely explore the option of getting more youth involved next year.

“It was encouraging to get the support of some schools this year, but we need to speak to all our youth because they are the decision-makers of tomorrow.

“So to create that awareness among them of what needs to be done is very important.”

“We appreciate their support and last week we had the SPAR Madibaz netball players with us, so it’s great to have those sorts of ambassadors out there helping to spread the word of what we are trying to achieve.”