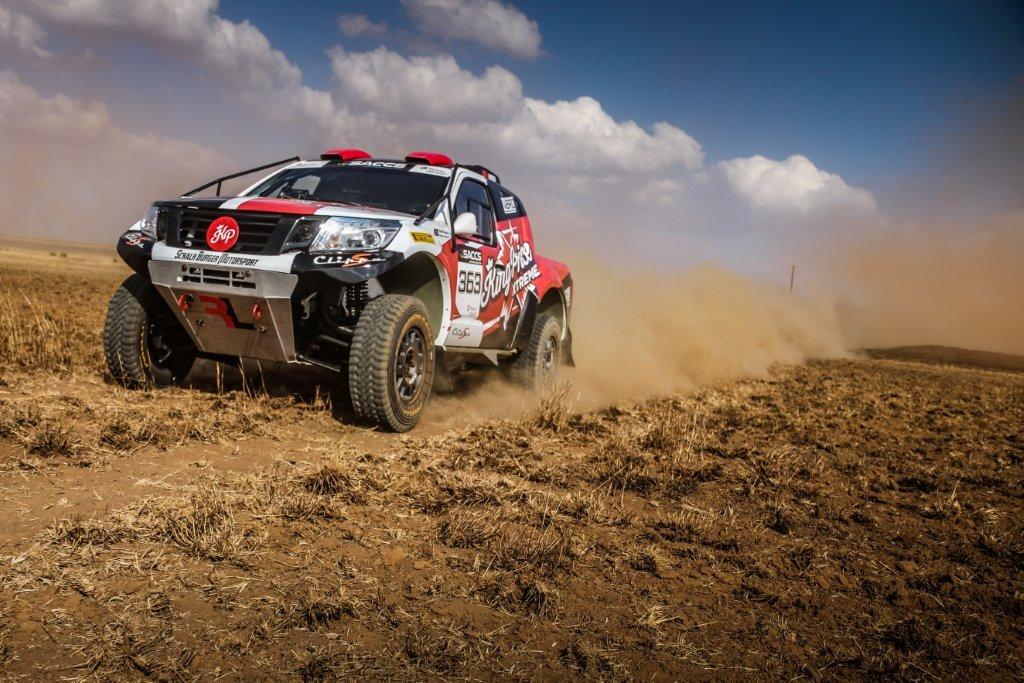 Brian Joss – The sands are flowing at a rapid rate now as time starts to become a factor for the Dakar debutants Schalk Burger and Elvene Vonk.

The plan since early this year has been to focus on development locally using the SACCS to get comfortable in the vehicle and to get all development done whilst on SA shores.

A new vehicle came into play at round four of the Championship, the vehicle that would take them all the way to Dakar. Once the ‘shake-down’ of Bronkhorstspruit was out of the way it was time then to move into the next phase of development, Dune training.

Not that Namibia is just around the corner, but it is achievable to get up to the sand and dunes of this nation relatively easily from South Africa.

August marked the first of many trips up into the dunes to work on different aspects of set-up, ranging from attack angles, gearing and most importantly reading the terrain and navigation.

Dakar navigation is very much based around heading so working off compass points and being able to read the terrain puts a lot more elements into play and the driver must do the lions share of the work with the navigator there to make sure headings are kept true.

This was Schalk’s first outing in sand and taking the new race vehicle up not long after the Bronkhorstspruit event meant that he was feeling relaxed and ready for the challenges.

The timeline is tightening up and with the next SACCS event to be held now in Lichtenberg with Harrismith having to be cancelled due to extremely dry and windy conditions deeming it a fire risk venue, there is minimal room for errors or deviations from the plan.

At this stage the scene is set for the two Schalk Burger Motorsport King Price Xtreme crews to compete at this upcoming event midway through September and this will then mark the final competitive driving that the pairing of Schalk Burger and Elvene Vonk will do until January when they take on the prologue stage of the Dakar 2020.

More desert training with an option to go to Dubai and familiarise themselves further with conditions in the desert is also on the cards along with the odd pop up to Namibia thrown in for good measure.

Logistics, preparing and planning are the key words for the next few months as the team continue to build up to the biggest adventure of their lives, Dakar 2020.