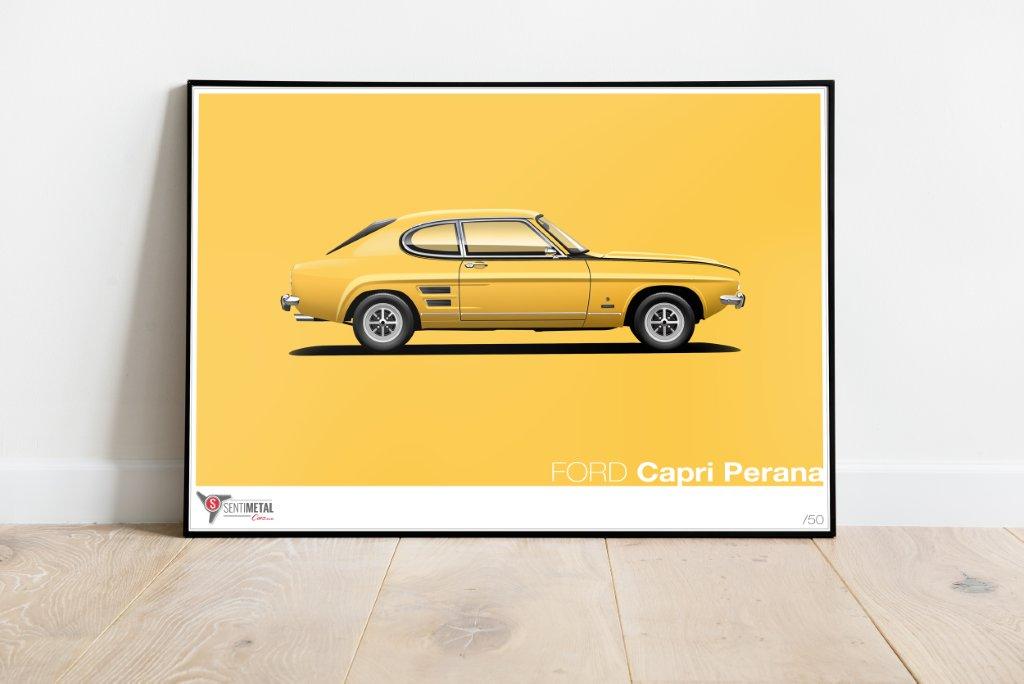 The rise in interest in cars unique to South Africa is not only noticeable in the prices these cars fetch these days but was also very obvious at the recent Concours South Africa, for example, where a large selection of SA Specials vied for the overall trophy. Cars such as the Ford Sierra XR8, BMW 325iS “Gusheshe” and Opel Kadett Superboss competed head-on with Italian exotica and South Africa’s most treasured oldies.

“It’s apt that these Heritage prints are launched in Heritage month,” says, Hannes Oosthuizen of cars.co.za. “We have a very rich automotive heritage and it’s important that we not only protect it, but also celebrate it.”

Oosthuizen adds that the prints are the next step in the SentiMETAL programme, which started with the cinematic and critically acclaimed SentiMETAL video series, which airs on its YouTube channel.

The first SentiMETAL print launched is a stunning A2 portrait featuring nine uniquely South African cars. “We’re very proud of this piece,” says Oosthuizen. “We believe these South African cars deserve a lot more respect, not only from local petrolheads, but the international classic car community.”

The A2 print, of which only 150 will be produced (each is numbered by hand), features nine uniquely South African cars; the Protea, GSM Dart, Ford Capri Perana, Chevrolet Firenza Can-Am, Alfa Romeo GTV6 3.0, BMW 333i, Ford Sierra XR8, BMW 325iS and the Superboss (Opel Kadett GSi 16V S).

To produce the piece, SentiMETAL called on Wayne Batty, former motoring journalist and accredited car designer, and a man who is a wizard when it comes to computer-aided automotive drawings.

“Working from (in most cases) quite limited reference photography, I first drew the profile and main character lines, then began to paint in the colour, adding detail and highlights. Recreating these homegrown icons has been a wonderfully nostalgic exercise and has given me a whole new appreciation for the significance of the homologation era, in particular,” Batty says.

The first two individual prints feature the BMW 325iS (popularly known as the “Gusheshe”) and the Ford Capri Perana. “We’ve gone for bright, strong colours and a simple design to put the focus on the machines,” says Oosthuizen. “Artist Wayne Batty’s drawings are simply phenomenal in their detail.” Future single-car editions will include the likes of the Opel Kadett Superboss, Chevrolet Firenza Can-Am, GSM Flamingo, Renault R8 Alconi and Alfa Romeo GTV6 3.0.

SentiMETAL will only be printing 50 of each design (in both sizes), and each will be individually numbered. New designs and prints will be added weekly.

“Ultimately, we may end up producing around 30 of these Editions, because that’s more or less the number of cars worthy of poster status,” says Oosthuizen. “Imagine what an office or man-cave would look like with all 30 of these colourful prints.”