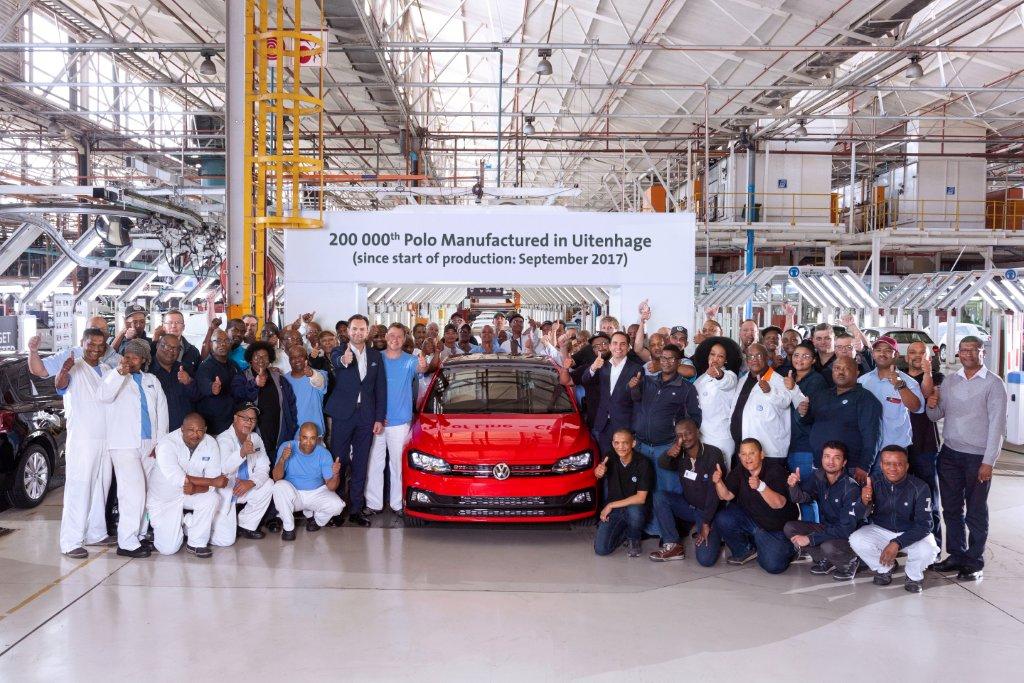 Brian Joss – Volkswagen Group South Africa (VWSA) reached a historical milestone on 6 September, when the 200 000th unit of the current Volkswagen Polo rolled off the production line at the Uitenhage plant.

The VWSA production plant has been manufacturing Polos since 1996, when it started local production on the Polo Classic. Over the past 23 years it has produced a variety of Polo models, with the current Polo starting local production in 2018.

The new Polo is exported to all right-hand markets worldwide, with the Uitenhage plant also supplementing production on left-hand-drive Polos for European markets.

This milestone comes in the same month that VWSA was named Exporter of the Year by Exporters Eastern Cape – an award the company has won three times.

“This milestone could not have been achieved without the dedication of our employees,” said Thomas Schaefer, Volkswagen Group South Africa chairman and managing director. “Our success, both locally and overseas, benefits our workforce and the local economy. We intend to keep achieving these milestones and contributing to the economy of Nelson Mandela Bay.”

CAPTION: Celebrating: thumbs up from the staff at the VW plant in Uitenhage.  Picture: Quickpic