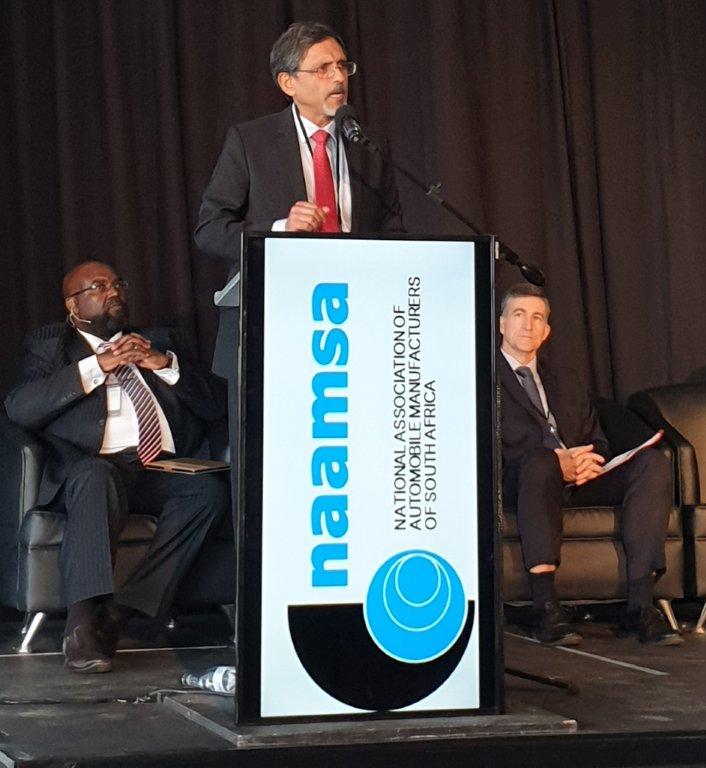 Brian Joss – The Department of Trade, Industry and Competition, which is now headed up by Ebrahim Patel, who was minister of Economic Development for the past 10 years, has identified six focus areas to drive the South African automotive industry forward.

He was speaking recently at the annual National Association of Automobile Manufacturers SA (NAAMSA) in conjunction with the four-day Festival of Motoring, presented by WesBank and organised by Messe Frankfurt South Africa at the Kyalami Grand Prix Circuit in Midrand.

He said that the government realised the importance of a healthy and growing motor industry, in terms of being a large scale employer, the largest manufacturing operation in the country and a very successful exporter.

“The government is re-imagining its industrialisation strategy, seeking ways to unleash private investment with re-energised government strategies, ensuring policy predictability and the efficient use of resources,” Patel told the large number of delegates at the conference, which was themed “Re-Imagining the Future Together.”

“We have already had many meetings with companies and organisations involved in my ambit of the economy since the State of the Nation Address, two months ago, and planning is going well.

“The Motor Industry Masterplan, which was announced last November, is an integral part of our planning with these latest initiatives. To do so effectively we will use six focus areas to support the policy’s 2035 targets, which include growing production to 1% of global output, doubling employment, increasing local content to 60%, improving global competitiveness and achieving transformation across the value chain,” explained Patel.

The first area of focus is expanding existing markets and seeking new markets. Last year the motor industry exported products valued at R180 billion, which equated to 14% of the export basket, with R32 billion worth of these products going into Africa, which Patel said could grow significantly when the African Continental Free Trade Agreement comes into operation next year.

The second focus area is supporting improved industry performance by adapting new technologies, including those emanating from the global trends of electric vehicles and autonomous driving. The Minister said he believed SA could be a supply base for these advanced vehicles as a manufacturer and exporter without building a local infrastructure for these types of vehicle.

The third focus is to attract investment into the industry, with the aim of increasing localisation substantially. The seven OEMs have invested more than R35-million in the past five years and now the objective is to attract even more investment going forward, particularly in the component manufacturing segment. The government is supporting this drive and to this end the next government investment conference will be held in November.

The fourth focus area is transformation and the building of an inclusive economy with a non-racial society. Patel stressed that the pace of transformation in all aspects of the local motor industry is far too slow.

“It is a critical imperative to the success and sustainability of the industry,” he added. “To this end the national Automotive Transformation Fund of more than R4 billion – funded by the seven OEMs – will be activated to assist the establishment of black-owned companies and the training of their staff,” he said.

The fifth focus area is the availability of equitable spatial zones which can be developed into supplier parks and the like. Already a special economic zone (SEZ) is being planned for Tshwane which will have an area similar to 200 football fields. This aspect of support is to assist in improving the competitiveness in terms of cost and quality for locally made vehicles.

The sixth focus area is to improve the capability of State Owned Enterprises (SOEs), such as Eskom, through better cooperation between role-players to enhance the performances of SOEs using partnerships with private enterprises to develop best practices.

“In fact, through the entire value chain we need to develop partnerships and technology enhancements between government and private enterprise, industry and suppliers and industry and labour. We want a large and successful automotive industry infrastructure with the state providing an enabling environment,” concluded Mr  Patel.