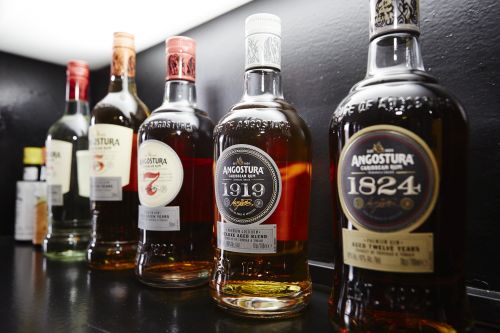 Although the winner of the very first series of VIA (channel 147) and Apprentesses SA’s reality program, STER-STATUS, was announced during the glamorous STER-STATUS FINALE at the Atterbury Theatre in Pretoria on 10 August 2019, the final episode where viewers could also get a glimpse of this prestigious event, was only broadcast on television on Monday evening, 9 September 2019.

JAENETTE JACOBS from Pretoria was crowned as the first winner of this wonderful women’s empowerment initiative. She follows in the footsteps of 2018’s Apprentesses SA winner, Luré Delport, who was also the presenter of the show.

JAENETTE is a soulful thirty-one-year old brunette who has already had to overcome her fair share of challenges in life. She works as a health and safety sales manager and truly enjoys her job. A burning desire to make a difference landed her on the list of twelve finalists on VIA and Apprentesses SA’s reality series, Ster-Status.  She was also named as the star Influencer of the show.

When asked why she entered the competition, she gets serious: “I want to be an inspiration and voice to those broken women who are unable to fend for themselves. Ster-Status is so much more than just a competition to me – it is a calling and an opportunity to give back to the community.”

This nature-lover is also an aspiring writer who loves to pen her thoughts and spending time in the bush. She has a lot of love and empathy with people and lives each day like it may be her last.

If she had to choose a different career, she would have loved to be a television presenter. Why? Because she loves nothing more than sharing her experiences with viewers. She would, however, like to learn more about the different aspects of the entertainment industry and also build a few valuable relationships.

Service delivery, job creation and school reformation are some of the first issues that she would address if she ever got to be the president. The current state of the country is of great concern to her and she feels like it should be resolved to ensure a better future for everyone.

She finds it humbling when women contact her for advice or regards her as an inspirational figure in their lives. If a small thing, like convincing someone to never give up on her dreams, is the only thing she gets to do in life, it would be enough for her.

In her short life, she has experienced a lot of heartache of her own. Her father died when she was in grade eleven and she still struggles with the fact that he won’t be able to walk her down the aisle someday. She has also been in the situation where a fairy-tale engagement ended up in heartbreak.

Her journey on Ster-Status has been hard work, but it made her realize that one should be willing to make sacrifices and give back to the community. “A dream is a picture of a possibility. We should have a strong heart and a prepared mind to turn that into reality. You fall, get up, make mistakes and learn from them. Be human and be you,” says Jaenette about what she has learned from this prestigious competition. “I am so thankful for everyone who believes in me and supported me throughout this process. It is truly amazing how much love I have received.”

Life has taught JAENETTE that it is never too late to start over or to learn from your mistakes. Her faith plays an important role in her life and she credits God for everything she has achieved so far.

STER-STATUS is the first show of its kind in South Africa and focuses on preparing young women (millennials) for life in the limelight by introducing them to the entertainment industry through workshops, training sessions and various other challenges.

The final will be aired again on VIA TV, Channel 147 on:

SOCIAL MEDIA LINKS FOR THE SERIES