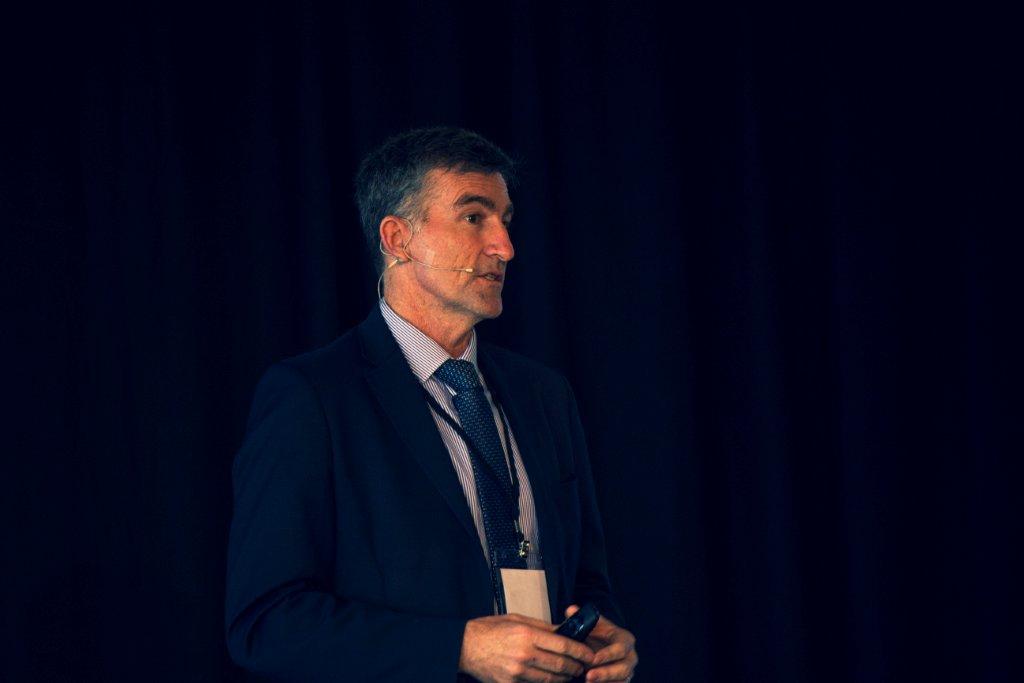 Brian Joss – As much as R60-billion could be invested in the South African vehicle and component manufacturing industries in the next five years according to Andrew Kirby, the president of NAAMSA and president and CEO of Toyota SA Motors.

He was a keynote speaker at the annual NAAMSA Conference at the Kyalami Conference Centre on August 22. The conference was held in conjunction with the Festival of Motoring, presented by WesBank and organised by Messe Frankfurt South Africa.

Kirby said this amount could be made up by R40-billion in direct investments by the seven vehicle manufacturers with an additional R20-billion going into component making.

He was speaking on the topic “How will localisation and transformation create joint prosperity and unlock growth?” at a conference that had the overriding theme “Re-imagining the future together”.

Kirby, who was very positive in commenting on the opening address at the conference by Minister of Trade, Industry and Competition, Ebrahim Patel. He said that the local motor industry was not only leading the drive to increase industrialisation in the country but was also a major employer with

407 000 people employed directly in various aspects of the industry. He added that this number can be multiplied by a factor of three to make 1.4-million people involved either directly or indirectly in the overall automotive industry.

The NAAMSA President said the industry was currently in a healthy position in terms of having a positive balance of trade account with the number of exported built-up vehicles and components growing steadily. However, he stressed the importance of being globally competitive in terms of cost, quality, and reliability of supply as several other countries were eying South Africa’s automotive export markets.

Kirby said that major developments were required in the three sectors of the value chain, with vehicle manufacturers embracing advanced manufacturing technologies to boost productivity and quality, while the component sector needed to urgently develop Tier 2 and 3 suppliers and the dealers and retail sector needed to transform and uplift the informal sector.

“Growing production volumes, increasing localisation significantly and using the latest technologies in all aspects of the business are vital to transform the South African automotive industry and to this end the aim was increase output from the 610 000 vehicles made in 2018 to 800 000 in 2023,” explained Kirby.

“We expect local procurement to grow by R12.6-billion in the next five years together with a 14% increase in direct employment, which equates to creating another 16 000 jobs, mainly in the component manufacturing sector as local content grows from 39% to at least 42%.”

Kirby stressed the importance of collaboration between the various vehicle and component manufacturers to enable cost-effective localisation. Already 10 joint projects have been identified for this process.

He added that raw material beneficiation such as making automotive grade steel in SA was another priority and he was pleased to hear that the local steel industry was currently investigating these potentially valuable developments.

The NAAMSA president said that besides increasing localisation and direct employment the industry is also committed to establishing 500 Tier 2 and 3 suppliers with 130 of them black owned. Here he highlighted  the importance of the Automotive Transformation Fund as a key enabler.