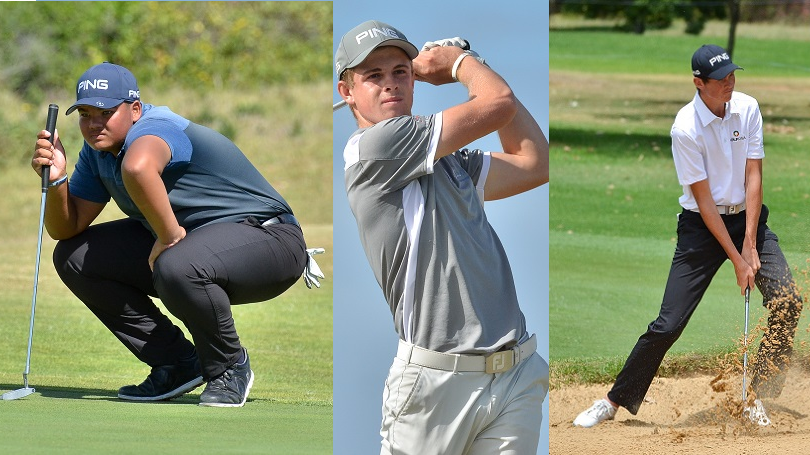 The GolfRSA National Squad quintet have qualified for the 12-strong International Team that will face off against the United States at Royal Melbourne Golf Club on 8-9 December in the second edition of the highly anticipated curtain-raiser for the Presidents Cup.

South Africa’s leading amateur Schaper and former SA Amateur champion Lamprecht will be making their second appearances for the International Team, having competed in the inaugural matches in 2017 at Plainfield Country Club in Edison, New Jersey, where the United States won 14-10.

Vorster, Schaper, Lamprecht, and Simpson were ranked second, third, fifth and sixth respectively and were virtually assured of their spots in the International Team before the September 4 deadline.

Duminy was still in the bubble ahead of the final qualifying event, but the 2019 Nomads SA Boys Under-17 champion rubber-stamped his inclusion with a top-50 finish in the Junior Players Championship at the TPC Sawgrass.

“We are over the moon to have five members of our GolfRSA National Squad in the International Team this year,” said GolfRSA CEO Grant Hepburn.

“We had four juniors in the International Team in 2017 and the fact that South Africa will have five juniors competing this year speaks volumes about the tremendous strides we are making in amateur golf in South Africa.

“Clubs, coaches, golf academies and unions are holding hands with GolfRSA and the South African Golf Association (SAGA) to identify and nurture our junior talent and, with the financial backing from Johann Rupert, the GolfRSA National Squad further enhance their development.

“These five young players have shown tremendous dedication and commitment over the last 12 months and we are incredibly proud of their achievement. Their participation will inspire a whole new wave of young stars waiting in the wings.”

“Jayden won the event and Martin tied for seventh. Jordan and Sam were joint 48th and finished sixth and 11th respectively in the final standings. We applaud the way all our juniors have embraced the opportunities afforded them through GolfRSA and SAGA over the last year. We are very proud of their achievement and we wish them a fantastic and memorable Junior Presidents Cup.”

Australian and Chinese golf fans also had plenty to cheer about with two players apiece in the International Team.

Perth pair Karl Vilips and Joshua Greer bookended the final standings. Vilips – who competed alongside Schaper and Lamprecht in the 2017 matches – topped the rankings after a third place finish at TPC Sawgrass, while Greer secured the 12th spot.

China will make their debut on the International team after Bo Jin’s runner-up finish in the Junior Players Championship boosted the junior to ninth and his compatriot Andi Xu finished in 10th spot with a top-20 result at TPC Sawgrass.

The Junior Presidents Cup will be held before the U.S. Team, captained by Tiger Woods, takes on the International Team led by Ernie Els in the Presidents Cup at Royal Melbourne Golf Club from 12-15 December.

All 24 players will compete in six Four-ball matches on Sunday morning followed by six Foursomes matches that afternoon. The Junior Presidents Cup will conclude with 12 Singles matches on Monday morning.