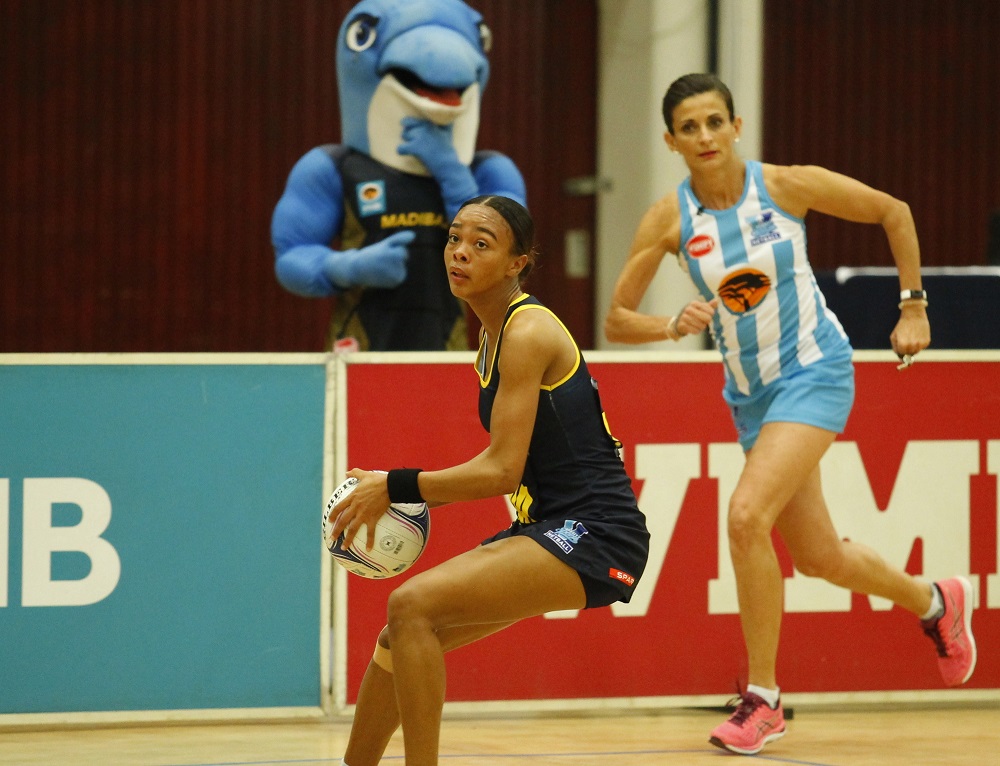 After bouncing back with a victory over University of Western Cape in Port Elizabeth on Monday, the SPAR Madibaz netball team need to stay focused for the challenges ahead.

This is the view of goal attack Jami-Leigh Goeda, who played an important role for the Nelson Mandela University outfit in their 63-44 Varsity Netball win at the Madibaz Indoor Centre.

The 18-year-old first-year student was named the FNB Player of the Match, combining her speed with the height of teammate Jody Vorster to seize the advantage early on in their encounter.

It was the second victory of the competition this year for the Madibaz squad, but Goeda, who grew up in Humansdorp, said they realised there were further serious challenges ahead.

“The big thing for us is that we have to stay focused,” said the business management student.

“We have to keep each and every centre pass and stick to our partners, because we know that Kovsies [Free State University] and Pukke [North-West University] will bring their best games.”

The Madibaz squad face another double-header this weekend when they play in Pretoria, tackling Kovsies on Sunday and Tshwane University of Technology on Monday.

They complete their round-robin fixtures with a home game against Pukke on September 23 at the Madibaz Indoor Centre.

After suffering losses against leading teams UP-Tuks and Stellenbosch, Goeda said they were delighted to get back on the winning track on Monday.

“We went in with positive energy and that was important for us,” she said.

As for being named player of the match, she said she had merely focused on playing her own game.

“Fortunately I was able to produce what I felt was my ‘A’ game and I think that helped to contribute to the win.

“I think for any player it’s important to be yourself and to do the best that you can.”

Goeda added that the positives they could take from the match were that their hard work throughout the game had paid off.

With Goeda and Vorster combining well on attack, Madibaz took a commanding 15-6 lead in the opening quarter.

They drove that advantage home in the second quarter, leading 27-15 at halftime as their defence worked hard to hold UWC at bay.

Philene van Niekerk was named the MTN interceptor of the match, often forcing UWC to resort to long-range efforts.