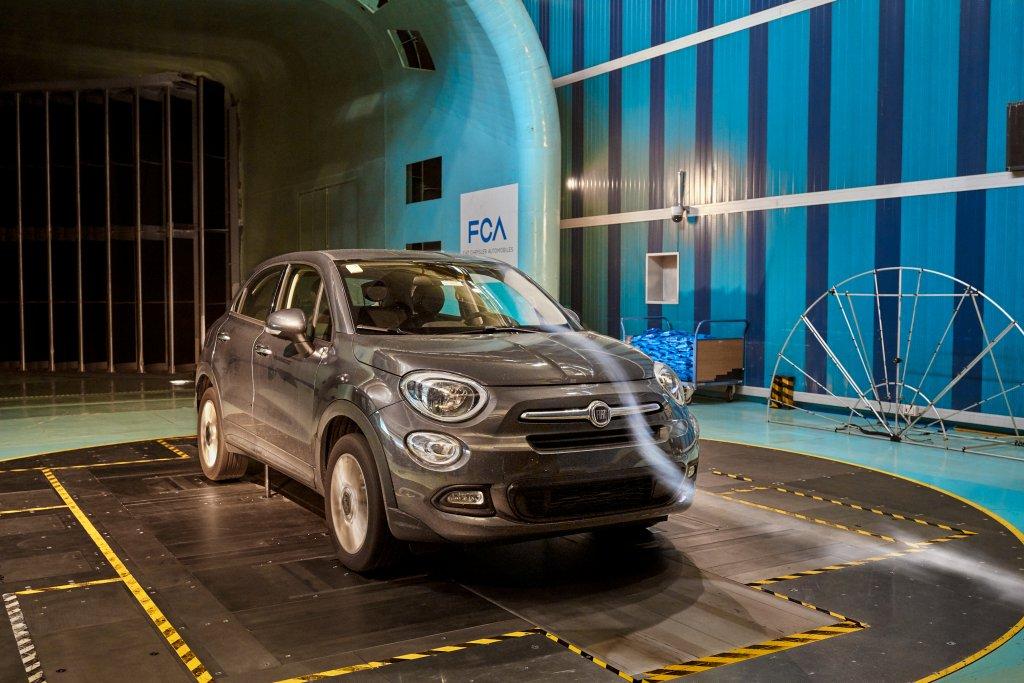 Brian Joss – Aerodynamics is a term often associated with motor-sports, or cars with very high or exceptionally high performances.

But the vehicle’s ability to cut through the air is also of crucial importance on everyday cars, from city cars to SUVs, especially in terms of fuel consumption and energy efficiency.

FCA tests its vehicles in the full-scale aerodynamic wind tunnel at Orbassano, to the south of Turin. The facility was built in the 1970s and since then has benefited from continuous upgrades to integrate the most current technologies and constantly remain at the forefront of the field.

If you imagine wind tunnels as large “tubes” where Formula 1 teams test their single-seaters in search of perfect performances, you are not wrong:

the maximum air speed in the Orbassano plant can be as high as 210 km/h. In Orbassano, all the vehicles are tested, from city cars to lightweight commercial vehicles, also from the Latin American, Asian and Pacific Regions. The objective is to research the aerodynamic optimisation of every model produced that will be launched on the market: indeed the vehicle’s ability to cut through the air plays a crucial role in terms of energy efficiency and reducing carbon dioxide emissions.

Therefore, the wind tunnel tests must reproduce the car’s movement in relation to the wind exactly as in the real world. In other words, while in the real world the car moves in relation to the road and the air, in the wind tunnel the vehicle is stationary but the air and the floor underneath the vehicle are moved, to reproduce the situation found when driving in an outdoor environment.

Basically, wind tunnel tests measure the braking force the air applies to the vehicle, which is measured using a very precise scale (accurate to the order of 50 grams for vehicles which can weigh as much as 4 tonnes): this enables measurement of the resistance which the air applies to the moving vehicle at the different speeds.

You may be surprised to learn that tests are not only performed at top speed. To optimise the vehicle’s aerodynamic performance in driving conditions as similar as possible to those in daily use by the customer, the most widely varying air conditions which may be encountered on the roads travelled every day are simulated, also with the aid of a revolving mobile floor that allows the car’s position in relation to the wind direction to be changed.

Aerodynamics are studied using models to scale 1:1, produced with the aid of milling tools, which are very detailed: their shape reproduces all the details to be analysed, from the shape of the bonnet to that of the bumpers and the underside of the body. The engine compartment and air intakes are also reproduced, with 99% accuracy in relation to the real model. This allows the performance of a number of checks ahead of the tests to be performed later on the pre-production cars.

As well as developing its own brands, every year FCA tests competitor cars, to provide comparisons with regard to aerodynamic performances. The wind tunnel is also used for objects not necessary related to the automotive industry: FCA often makes the wind tunnel available to external organisations that need to perform tests on their two and four-wheel vehicles. These also include armed forces organisations which need to test vehicles with a wind speed below 100 km/h.

This explains the excellence of the Orbassano centre, one of the few centres in Europe which allows testing on real scale and with high wind speed, and the only one in Italy to have achieved this level.

The physical tests are underpinned by masterly virtual simulation work using computers. This is made possible by CFD (Computational Fluid Dynamics) virtual analyses, which slash vehicle development times, since they allow the development of a model very close to the preset targets before the tests with the vehicle at 1:1 scale, and monitor the entire development process through to the launch to ensure that aerodynamic targets are met. The virtual analysis is continually connected to the testing activities in the wind tunnel, to allow selection of the best tool for the provision of information and inputs depending on the design phase and current needs.

CAPTION: Windy: a Fiat in the wind tunnel in Orbassano, near Turin. Picture: Quickpic