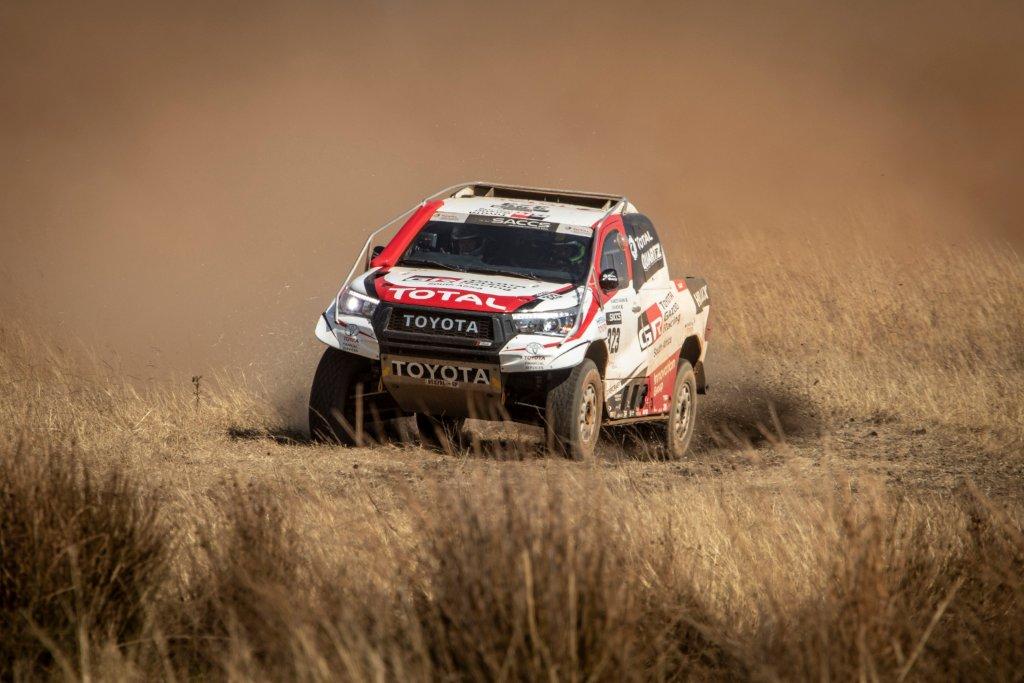 There is still some work to be done for the Toyota Hilux crew over the remainder of the season, and a good result in this weekend’s Lichtenburg 400 will be crucial to the pair’s success.

Lategan/Cummings are 23 points ahead in the overall championship, with Ford’s Lance Woolridge and Ward Huxtable in second place. Toyota Gazoo Racing teammates, Shameer Variawa and Juan Möhr have moved up into third place, after recording consistent results in the four previous rounds.

However, with 30 points on offer for victory, Lategan/Cummings are not assured of the title just yet, and scoring maximum points in Lichtenburg will be their main aim this weekend.

Defending champions, Giniel de Villiers and Dennis Murphy, driving an identical Toyota Hilux, find themselves in fourth place on the log, after disappointing results in the last three rounds. Their hopes of securing the

2019 title faded after the Toyota 1,000 Desert Race, and were dashed after failing to score meaningful points in Round 4. A good result in Lichtenburg, however, could still elevate them in the overall standings.

“It will be an interesting weekend for the team,” said Toyota Gazoo Racing SA Team Principal, Glyn Hall, prior to the race weekend. “Henk and Brett could potentially secure the championship; Giniel and Dennis need to push for maximum points; and Shameer and Juan could, with a bit of luck, move up to second place in the overall standings. So, there’s a lot going on for us this round.”

Add to that the team’s preparations for the upcoming Rally of Morocco, where De Villiers will be competing alongside new navigator; as well as the overall preparation and testing of components for the 2020 Dakar Rally, and it is clear that the Lichtenburg 400 will be a busy round for the team.

As if the SACCS title chase, Dakar testing and Morocco preparations aren’t enough, the team will also facilitate a further training session for two-time Le Mans 24 Hours winner, reigning FIA World Endurance Championship title holder, two-time Formula 1 World Champion, and winner of the 24-Hours of Daytona, Fernando Alonso. As such, Alonso and his navigator will be taking part in the Lichtenburg 400 as a non-competitive entry, in order to experience more varied terrain, as well as the pressure of a race.

The race weekend will start with a qualifying race on Friday September 13, from the Lichtenburg showgrounds, which also serves as the Designated Service Park (DSP) and race HQ. The main event will get under way at 8am on Saturday. Fans can follow the race via the RallySafe application, which is available for both iOS and Android devices.