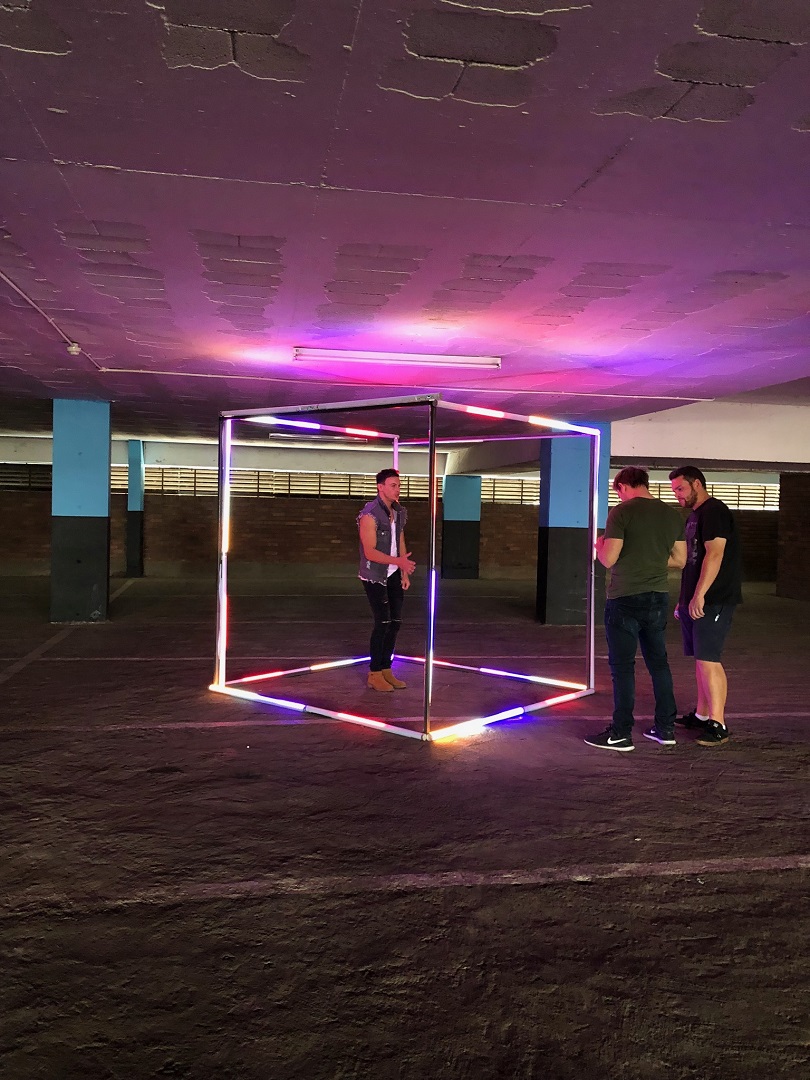 The music video for this inspiring pop track with a catchy tune has just been released and it is to say the least, impressive!

012 Central and the Krugersdorp mine dumps serve as the backdrop for this exciting new production by director and producer, Christian Wolf and his talented team.

The magic can be found in the sheer simplicity of the project, which highlights the essence of the song even more. “The music video doesn’t necessarily have a storyline and only focuses on me, dancing in a life-size cube illuminated by LED lights. The cube symbolizes the things in life that hold you back as a person and prohibits you from living life to the fullest and having a good time,” he says. “At first I was a bit sceptical about the dancing, so I immediately called up my good friend, Harold van Buuren (main judge of So You Think You Can Dance) to help met with the choreography. We literally started training the next day.”

VRY builds on the success of the distinctive musical style that Lee Scott has become known for. The song boasts the perfect combination of feel-good lyrics and upbeat rhythms, which doesn’t only showcase the quality of his voice, but also inspires listeners to enjoy the life they have.