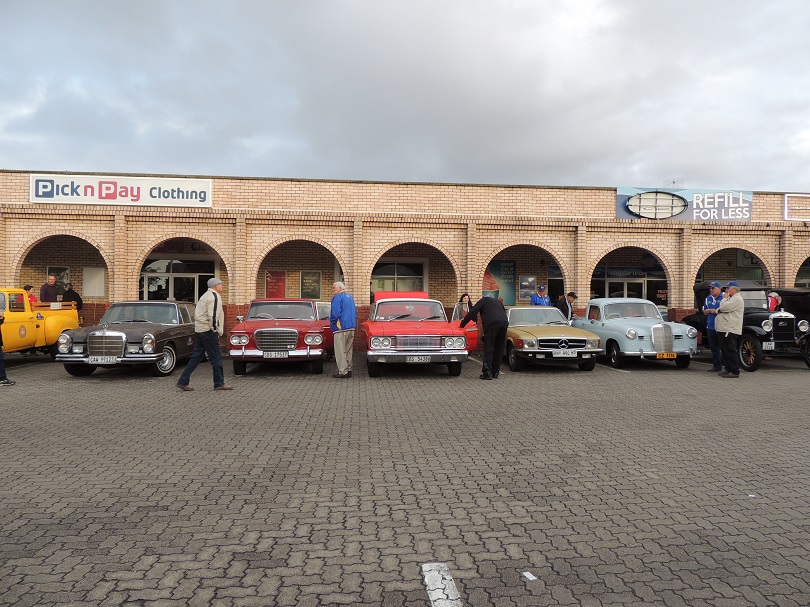 SCOCC members hail from George, Mossel Bay, and Oudtshoorn, but also has members and representatives as far as Beaufort West and Victoria West.

Kobus Halliday has one of the largest private collection of old cars (over 100) in South Africa.  He purchased his 1070 Opel Rekord L four years ago along with ample spare parts.

“This year’s Heritage Tour will be the second I will take her on.  I am only the second owner and the car gives me 11 km/litre on the open road,” a proud Halliday said.  “I am very happy with the car and it already has great sentimental value to me.”

The Rekord name evolved into the main name of the model; at first, the name was used in close relationship with the Opel Olympia name, which pre-dated the Rekord but was also reinstated in a separate model in 1967.

In South Africa the Opel Rekord switched from the E1 to the E2 version only in 1984, General Motors’ South African subsidiary having changed from the Chevrolet brand name two years earlier.

Until 1986 the Opel Rekord was assembled by General Motors South Africa in Port Elizabeth, but as a result of an international sanctions regime, General Motors were not permitted to invest further after 1986. The business was transferred through a management buy-out to a new company called the Delta Motor Corporation.

The former Rekord L-6 was replaced by the new Commodore A, a slightly disguised and better-equipped Rekord C available as two- and four-door sedan and hardtop coupé with six-cylinder engines only.