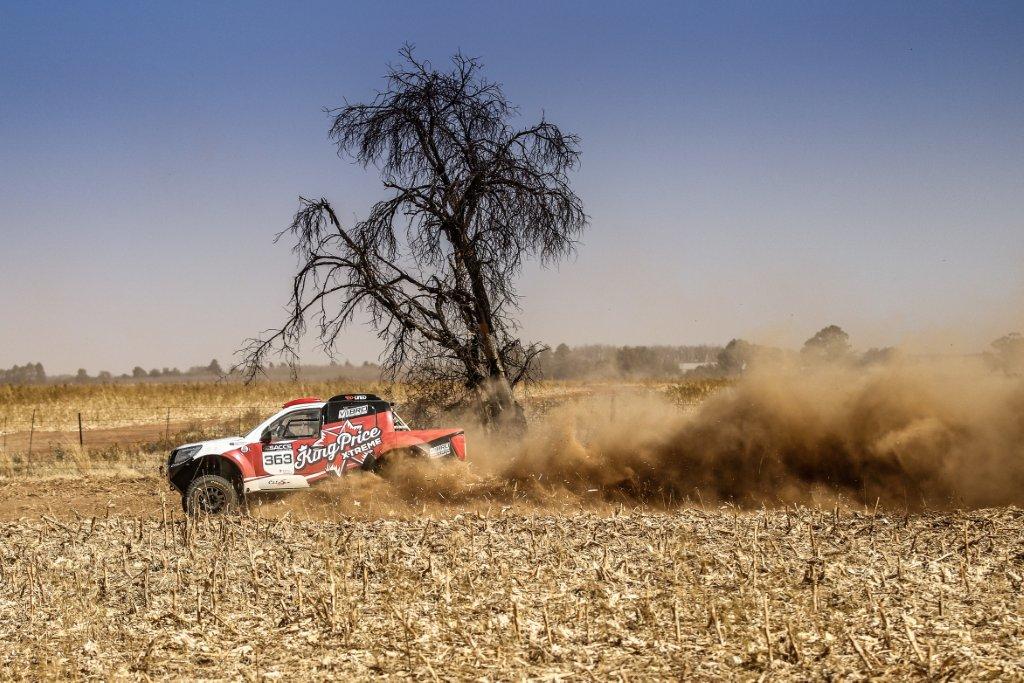 Brian Joss – This weekend it was the penultimate round of the SACCS that saw the two entries from the King Price Xtreme Schalk Burger Motorsport squad take on the dust and desert-like conditions of Lichtenburg.

For Schalk Burger and Elvene Vonk this would be their final time of racing on the tour in 2019. So far this season they have competed and completed all but one event on the tour after mechanical issues forced them out of the Bronkhorstspruit event.

The goals have been simple up to this point. Improve the vehicle feel and reliability and work as a team no matter what the obstacle or situation.

This second part of the plan came into play at the second round of action in the Berg 400 where the team were the final finishers having spend more than two hours doing repairs to their broken vehicle themselves, proving that they can get through the toughest challenges as they prepare for Dakar.

Dakar 2020 is now just over 3 months away, so final preparations are in place. The last event on the tour will be held in Parys on the 1st and 2nd of November which is just too close to Dakar so Schalk and Elvene will not be racing at the event although they will be in support of the second crew.

For the rest of the season that takes us to the final race it will be up to Clint Weston to show form for the team as a whole. He has been most impressive on his only two outings so far and will look to try and improve further still on his third and final outing in just over a month.

For Schalk and Elvene the dunes and sands of Namibia are calling once again as they head up to continue their fast -track training in preparation for what is said to be a 70% sand Dakar over in Saudi Arabia in January.

The car was cleaned, prepared and loaded this week Tuesday and the team will head up on Friday to spend two full days in the desert before the journey continues.

The Lichtenburg 400 offered challenges from many points of view. The speeds were up, way up. Most crews were completing the prologue of 54km’s in under 35 minutes just giving a taste of what was to come.

An overshoot and then getting stuck dropped Schalk and Elvene out of the top twenty, once again meaning it would be a busy day and a charge through the dust and the field to get close to the front.

The team did a great job of controlling the situation and as they have proved time and again this year, they were able to improve lap on lap and end with a solid 16th overall and 10th in class. An improvement on the race day of 8 positions telling the story of how busy they were and how hard they had worked. They could breath a small sigh of relief as for now at least, their work was done.

For Clint Weston now in with ultra-experienced Navigator Riaan Greyling the pair had a modest start to proceedings. The prologue was not offering much grip in the early stages of race weekend and the reports of overshoots were many throughout the pits.

They struggled for traction throughout the prologue and slotted inside the top 20 with a 17th that would see them eventually improve lap by lap to take a creditable 11th overall and 6th in class.

A circuit racing and rally background seems to be setting Clint up nicely for his newly found passion of cross-country racing.

The 2019 SACCS season is rapidly running out of pace but with one event still to go and then the attention swing to Dakar there is still plenty to talk about and look forward too.

CAPTION: Dust storm: Schalk Burger and  Elvene Vonk stirring it up on the 400. Picture: Motorpress