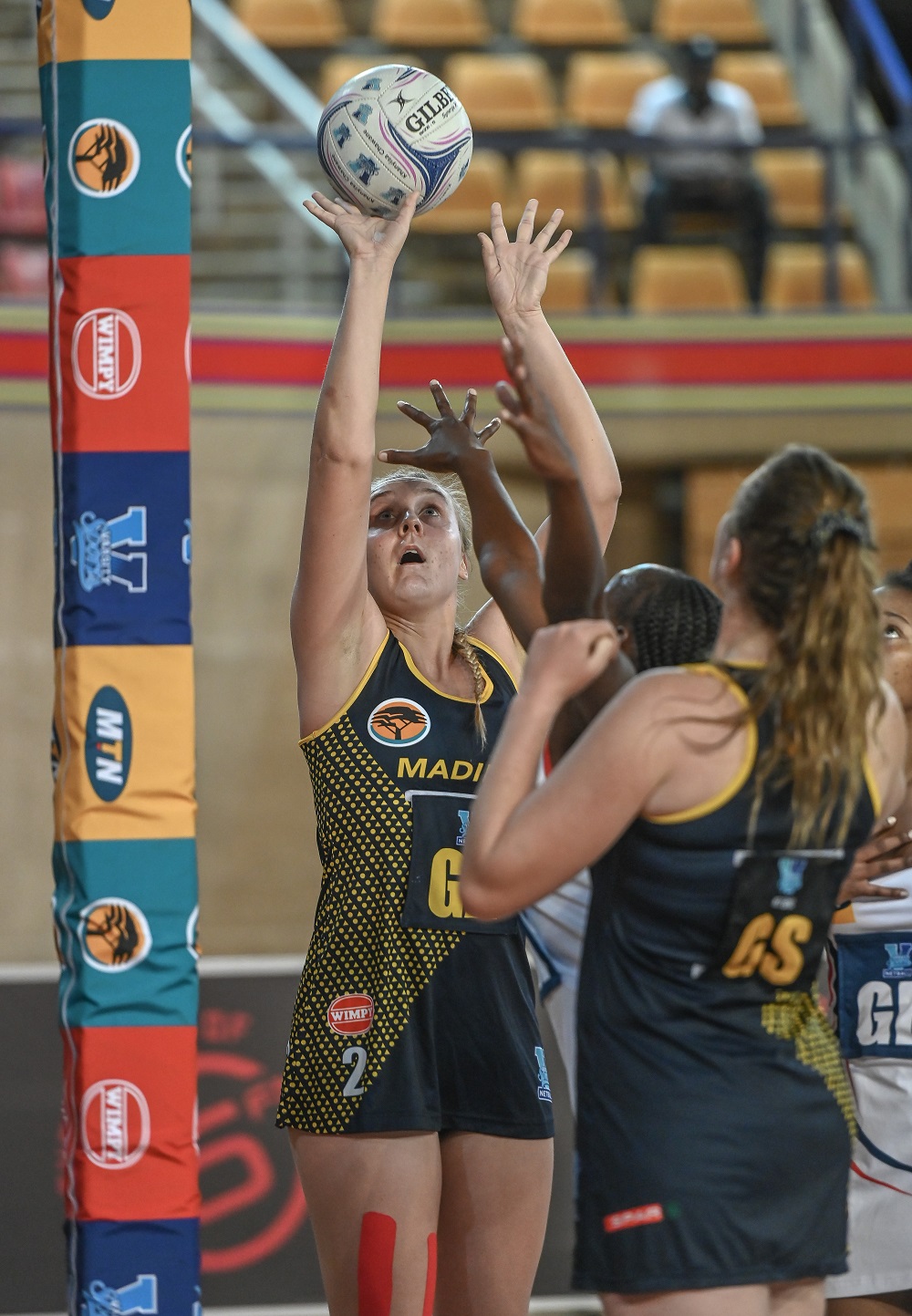 SPAR Madibaz netball coach Lana Krige wants her senior players to lead from the front when they meet North-West University in a crunch Varsity Netball encounter in Port Elizabeth on Monday.

The clash at the Madibaz Indoor Centre on the South Campus will decide which of the two teams advances to the semifinals of the competition.

The visiting Pukke side have a three-point lead over Madibaz, which means victory is the only way the Nelson Mandela University outfit can overhaul their rivals.

Krige said senior players such as Hlumisa Sithonga and Bianca Blom were beginning to show their best form.

“This is an opportunity for our senior players to stand up and be counted,” she said. “If they can set the pattern I know the rest will be on board.”

With bonus points part of the system there are a number of permutations in terms of qualifying for the semifinals, but the Madibaz coach said they were focused only on winning.

“We have to beat them by more than five points and they mustn’t get more than 50 to avoid them getting a bonus point,” she said.

“But I think our first priority is to make sure we aim for the win and then if we get to 50 you have to focus on trying to keep their tally down.

“It’s one of those games where you won’t be able to give away cheap goals.”

Krige added that Pukke would present a considerable challenge as they had experienced players.

“They are a team of athletes and we will need to play well. We are desperate to make the semifinals so there’s everything to play for.

“We need to make sure we are precise and consistent because they chase everything.”

After a disappointing loss to Free State University on Sunday, Madibaz bounced back with a 57-22 win against Tshwane University of Technology on Monday to keep their semifinal hopes alive.

It gives them a record of three wins and three losses so far and Krige said she was still waiting for their best performance.

“It’s been a completely different season to last year because this year we have had mixed results.

“I feel we have not played our best yet and we are due for a good game. We have been darting in and out of greatness during our campaign, but what is encouraging is that players such as Hlumisa and Bianca are hitting their best form.

“We had a good talk after Sunday’s game and were able to clear up a few things. The spirit in the squad is fantastic following Monday’s result and we will need that against Pukke next week.”