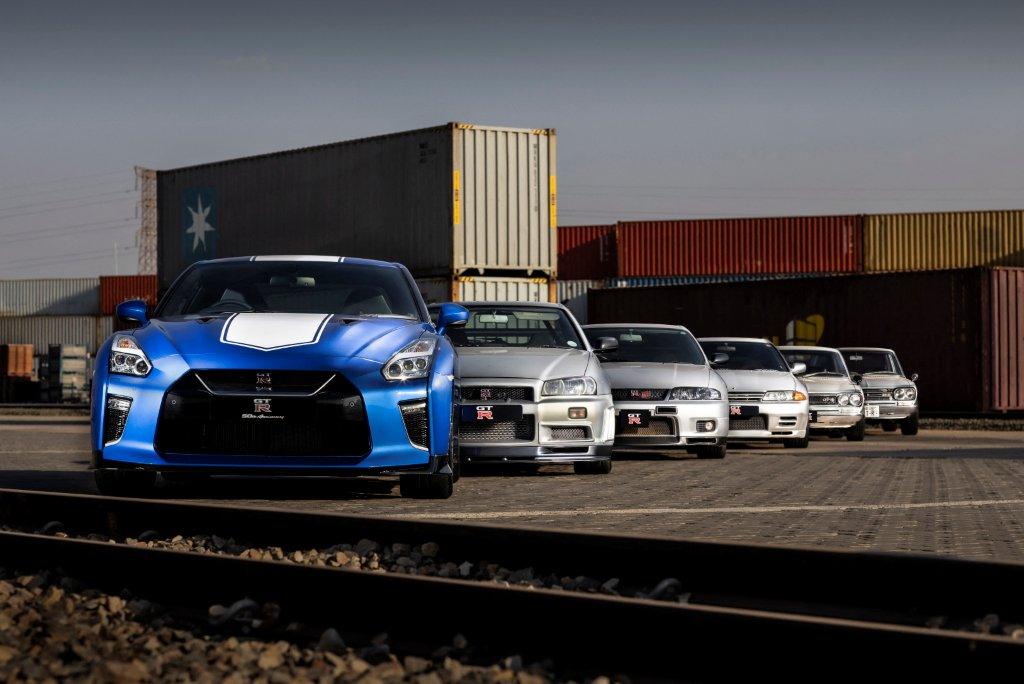 Brian Joss – In the 50 years since it made its debut, in 1968, at the Tokyo Motor Show, the Nissan GT-R has become a true icon of icons.

Known across the globe as ‘Godzilla,’ the GT-R has been described by the famed Jeremy Clarkson as “one of the very, very best cars in the world.” It has also been featured in a range of big-budget games and blockbusters, which have earned the vehicle a cult-like following.

As the nation gears up for Heritage Month,  Heritage Day is on September 24, Nissan looks back on the evolution of the legendary GT-R, which has become a cornerstone of our own heritage.

The first Nissan Skyline GT-R, known as the PGC10, made its public debut at the 15th annual Tokyo Motor Show in 1968. It was originally available exclusively as a four-door sedan and was then made available as a coupe in March 1971.

The successor to the PGC10, the C110 debuted at the 1972 Tokyo Motor Show and was released the following year. A gas crisis resulted in a dip in demand for high-performance sports cars in the early 1970s and only 197 C110s were built before production was cancelled until 1989.

The R32 – complete with a new 2.6-liter twin-turbo charged engine and an all-wheel drive concept, designed by Nismo – went into production on August 21, 1989 and was met with critical acclaim from both the motoring press and the public.

The R32 claimed five consecutive championship wins at the Japanese Touring Car Championships and over 200 individual race wins as well as the unofficial lap record for a production car at the world-famous Nürburgring racetrack in Germany.

It also enjoyed success at the Australian Touring Car Championships, where it triumphed to victory in both 1991 and 1992. At this time the Australian media gave it the nickname, “Godzilla” meaning “Monster from Japan”.

The R33 made its debut in 1995, with an engine that was almost identical to the R32’s and the same turbochargers as well the same specification for the 5-speed manual gearbox but with stronger syncros. A point of pride for the R33, the vehicle took the production car lap record at Nürburgring.

The next generation of performance Skyline’s to hit the streets after the R33, was the R34 which was released in January 1999. Made famous, in part, for its iconic Bayside Blue color, this model was made shorter and the front wheels were brought closer to the front. A 5.8″ LCD multifunction display – displaying seven different live readings of engine and vehicle statistics – was introduced in the center of the dashboard of the R34.

The sixth generation GT-R – the R35 – made its public debut at the 2007 Tokyo Motor Show and was launched to the Japanese market later that same year and the US market the year after.

To celebrate the half-century of the GT-R, Nissan’s engineers challenged themselves to find undiscovered performance potential while still making sure the car could be enjoyed by drivers across the board. And so, the 2020 Nissan GT-R 50th Anniversary Edition was born.

This special anniversary edition – which was unveiled at the 2019 New York International Auto Show in April – comes in three heritage-era, two-tone exterior colour combinations meant to represent the GT-R’s liveries from the Japan GP series. Inside, a special grey colour scheme gives the cabin a sense of luxury, reminiscent of the atmosphere of the night sky after the twilight hour. Additional features include a unique steering wheel and shift knob trim, special seat embossing, an Alcantara® headliner with unique stitching and Alcantara-wrapped sun visors.

“The GT-R has been the lodestar for high performance driving for the past half century. We are incredibly proud of where we have come from and of the direction in which we are headed,” says Janus Janse van Rensburg, Chief Marketing Manager of Nissan Premium & Performance Cars, “The GT-R truly has come with excitement and with unparalleled refinement and we look forward to carrying the sterling reputation that it has built for itself into the future and beyond.”

CAPTION: The GT-R line-up: evolution of a legend. Picture: Motorpress