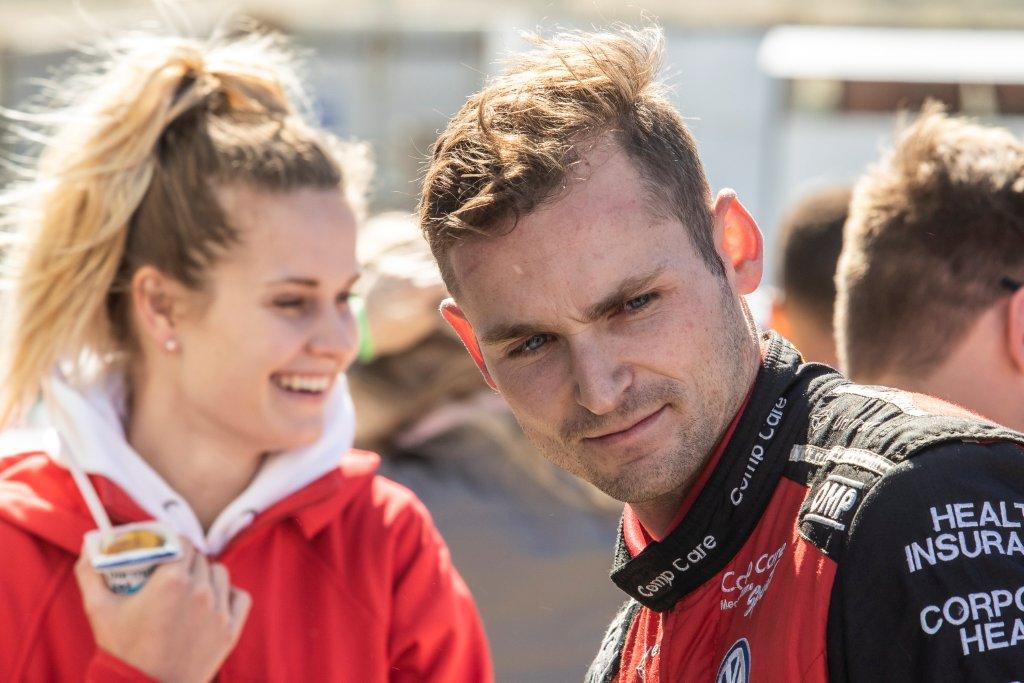 Brian Joss – The Falken Polo Cup may have come down to a two-way battle for the championship after six rounds, but the extremely successful one-make series promises plenty of action and excitement for Cape Town fans when Round 7 starts at Killarney on 27 and 28 September.

Of particular interest will be the exciting rivalry between championship leader Bradley Liebenberg and the resurgent titleholder, Jeffrey Kruger.

Although Kruger claimed three victories in the two opening rounds of the season, his campaign faltered slightly over the ensuing three events.

However, he came back firing on all cylinders for round six in East London during August, and proceeded to dominate the event with confidence-boosting wins in both races.

Liebenberg has managed podium finishes in most of the races this year, and the pair head into Round 7 at Killarney with five wins each. Liebenberg currently tops the standings on 176 points, with Kruger just three points adrift – thus setting the scene for an enthralling weekend of racing as the championship battle plays out on the Killarney circuit.

Although no longer in contention for title glory, there’s a bevy of drivers jostling for the final step on the podium for the 2019 Falken Polo Cup.

“Bradley and Jeffrey have proven the competitive class of the Falken Polo Cup field this year, and we look forward to a weekend of great racing between these two talented young drivers as they fight for the championship,” said Mike Rowe, head of Volkswagen Motorsport.

“The battle for third place will also be very exciting. With only two rounds remaining, it’s all to play for amongst at least eight drivers who remain in contention, and I’m sure there will be plenty of action.”

Keegan Campos is currently third on 96 points, with Chris Shorter and Jurie Swart both on 95. Clinton Bezuidenhout is still within striking distance on 79, just two points ahead of Matt Shorter. Jason Campos and Dario Busi are level-pegged on 68 points, with Volkswagen Motorsport’s Jonathan Mogotsi rounding out the top 10 with 60 points.

For Jason Campos, the East London race was a disaster, with a first-lap incident involving his brother Keegan and numerous other drivers resulting in him taking no further part in the race weekend due to the extensive damage to his car. A remarkable effort from the pit crews saw Keegan Campos and Bezuidenhout return to the fray for race two, helping them score crucial championship points.

Fans can look forward to a thrilling spectacle as the field of around 26 identical Volkswagen Polo GTi entries will go bumper-to-bumper on the 3.2km Killarney circuit, producing some of the closest and most exciting action the Extreme Festival national race day has to offer.

The seventh round of the Falken Polo Cup will add some international flavour to the mix, with Volkswagen Motorsport’s driver exchange programme introducing experienced Indian racing driver Dhruv Mohite to the field for this event.

Mohite is a multiple karting champion, and claimed the 2018 title in the Volkswagen Ameo Cup with a record five wins from 10 events. India’s Ameo Cup is a single-make series that emulates the extremely successful Polo Cup in South Africa. The SA series is currently in its 22nd year, and has formed the launch platform for most of the country’s top drivers competing locally and internationally over the past two decades.

“Earlier this month we had the opportunity to take some of our best drivers to India to compete in the Chennai Race Day, driving in the Ameo Cup and the Indian Touring Car championship. It gave them valuable international experience and exposure within the broader Volkswagen Motorsport family,” Rowe added.

Reigning Falken Polo Cup champion Jeffrey Kruger was joined by compatriot and Formula W single-seater driver Tasmin Pepper, as guest drivers in the Ameo Cup. Proving the outstanding calibre of South African drivers, Kruger took the race win in the opening heat, with Pepper joining him on the second step of the podium.

An inverted top 12 grid for race two saw Pepper start 11th with Kruger one place behind her. Despite the extremely close racing, they fought through the field to end third and fourth respectively.

In the third and final race, Pepper took the victory with Kruger finishing second. Daniel Rowe joined the fray in the final race and, despite starting from the back of the grid, he crossed the line in seventh place to wrap up a superb outing for the local trio.