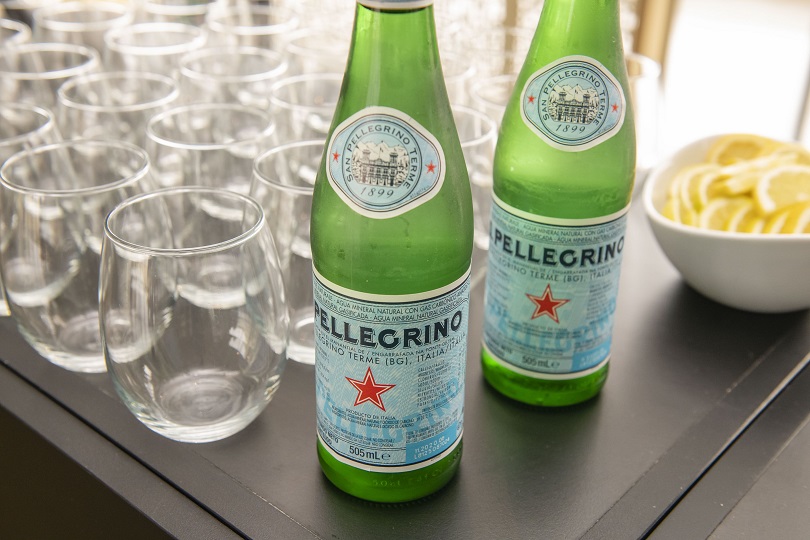 As the pressure builds for the ten young Chefs in the run-up to the S.Pellegrino Young Chef Africa and Middle East Regional Final, taking place in Cape Town on 14th October 2019, their Mentors are the secret ingredient that helps them stay on track during their final preparations.

A vital part of each young Chef’s story are the Chefs who have taught and inspired them. For The S.Pellegrino Young Chef Competition each contestant selects a Mentor to support and advise them throughout the competition. While the creative impulse behind the young Chef’s signature dish is all their own, the Mentor helps by advising on techniques to improve and refine it as needed. Another vital part of their role is supporting the young Chef through the competition itself, where a very different set of pressures are encountered than in the professional kitchens of their day-to-day working lives. They will be cooking before an international audience, with cameras and judges, watching their every move and they need to prepare mentally for that. Their Mentor takes care of peripherals so that they can focus, making sure they are in the right head space by supporting, guiding and reassuring their young Chef.

Besides accompanying the young Chefs to the Regional Final, this year the Mentors will be voting in the Acqua Panna Award for Connection in Gastronomy, which recognizes Chefs whose dish represents diversity and recognizes the beauty of cultural integration.

Who are the Mentors?

This year’s list of Mentors for the Africa and Middle East Regional contestants includes an inspiring collection of well-travelled chefs. Some who aren’t many years distant from their own days as aspiring young Chefs but already resonating strongly on  the culinary scene, others with many years’ experience at the top-level in various countries of the world – all award-winning Chefs that have already made their mark and who are now bringing on the next generation of Chefs.

Himself mentored by notable Chefs such as Michael Broughton, Nic van Wyk and Reuben Riffel. Aviv Liebenberg realises the importance of nurturing and mentoring the young Chefs who are the future of the industry. He was given a lot of responsibility early in his career opening up three Reuben’s restaurants, before moving to lecture at The Private Hotel School. Currently back in the professional kitchen to launch the new menu at Reuben’s in Sandton, he’s looking forward to mentoring Meshen Pillay.

The Head Chef at Grei at the Saxon is no stranger to culinary competitions, having competed in the Culinary Olympics in Germany in 2008 and many other global challenges over the years. Named Eat Out Awards Rising star in 2018 as well as ‘Young Chef’ of the year by the Conde Nast House & Garden SA Gourmet Restaurant Awards, Chef Candice Philip is well-respected for her focus and calm demeanour, and highly regarded for her skill and passion. She will be mentoring Marcus Gericke from Qunu at The Saxon.

Himself a veteran of the 2015 S.Pellegrino Young Chef competition, Constantjin is a well-travelled Chef who gained his early experience in London, France and New Zealand. Taking over the Hartford House Restaurant from Jackie Cameron in 2015 where he continued her award-winning tradition until 2018, he is currently diversifying his international food journey with Sagra Food and Wine Merchants. He will be mentoring Kayla-Ann Osborn, Executive Chef at Chefs Table in Umhlanga.

Owner-Chef at Le Coin Français in Franschhoek, and preparing to open Le Chéne at Leeu Estates, Darren Badenhorst’s approach combines local heritage and classic French cuisine, winning him recognition in the World’s 50 Best discovery as one of the top 1000 restaurants in the world, as well as placing 14th in the Eat Out Awards. Chef Badenhorst has been nurturing Callan Austin’s talent since he was an intern under him in 2015 and has acted as a Mentor ever since.

French-born Chef Gregory Czarnecki had lived in 19 different countries by the time he was 17 years of age. He worked at several Michelin-starred restaurants in Paris before becoming Head Chef at The Restaurant at Waterkloof in 2009, where he finally put down roots. Since then he has earned the coveted Top 300 in the World – 2018 The Best Chef Awards, Eat Out S.Pellegrino & Acqua Panna Chef of the year 2016, and the Eat Out Awards number one Restaurant of the Year 2018. He mentors Paul Thinus Prinsloo.

Born into a restauranteur family in Pavia, Northern Italy, Chef Ivan Musoni started his chef career in his family’s one-star Michelin restaurant, later on opening Ca’Vegia in his home town and achieving his own Michelin star. In 2011 he joined the Hyatt Corporation, first in Dubai then in Abu Dhabi, where he worked his way up to overseeing culinary operations at the luxury Park Hyatt hotel as its Executive Chef. He mentors Martim Moreau Maita.

A German Chef who brought his Michelin star experience to Istanbul in 1993, Maximilian J.W Thomae has spent the last 25 years deeply involved in the Turkish gastronomic scene, opening and operating a number of five star fine-dining establishments, training and mentoring Chefs and introducing them to international culinary competitions. He is now a household name in Turkey having won numerous awards for his contributions to contemporary Turkish cuisine. He’s currently the Director of the innovative Gastronometro platform of culinary discovery and mentors Aytekin Yamac.

Trained in Durban, South African Chef Michael Deg gained his first experience as a young Chef in Ireland, where he lived for nine years, working with Chef Padraic Hayden at the Dylan Hotel and Camden Kitchen. On his return to South Africa he worked with Christiaan Campbell at Relais & Chateaux accredited Delaire Graff Restaurant. After six months he became Executive Chef of Delaire Graff Restaurant himself, since then he’s been recognised as one of the Top 300 Chefs in the world at the Best Chef awards He’s now Executive Chef at Cavalli Restaurant where he mentors Logan Leisse.

Born in Réunion Island, Olivier Barré studied in Australia and then at Institut Paul Bocuse in France, where he had placements at Michelin star restaurants alongside renowned talents such as Yannick Alleno and Joël Robuchon and assisted at the culinary school’s on-site restaurant training student Chefs. Having travelled half the globe, he returned to the island culture of the Indian Ocean and is now overseeing four resort restaurants for Four Seasons in Desroches, Seychelles.  He mentors Daniel Payne Head Chef of View at the Four Seasons in Johannesburg.

Executive Chef at Maroun Chedid SAL since 2015, Tony Ziade is right hand man to Lebanese Chef entrepreneur Maroun Chedid.  He oversees the kitchen operations of the Maroun Chedid Cooking Academy and Catering, as well as the signature restaurant Ritage by Maroun Chedid in Beirut. He also assists in various consulting projects in the Lebanese hospitality industry. He mentors Elissa Abou Tasse.

The Regional Final takes place at the South African Chefs Academy in Cape Town followed by an Award Ceremony and Dinner at Level 6, Zeitz Mocaa on 14th October 2019. Winners in the four categories progress to the S.Pellegrino Young Chef global final in Milan in 2020.