While the growth slowdown was already evident in July’s logistics barometer, the pace of the slowdown is now more apparent, as can be seen in the barometer’s short-term data. 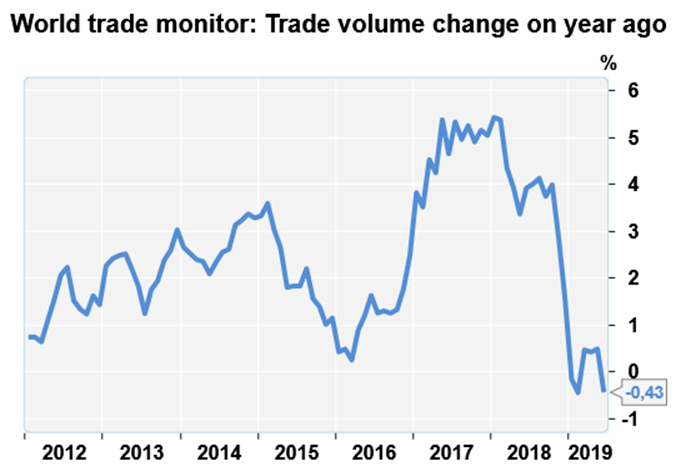 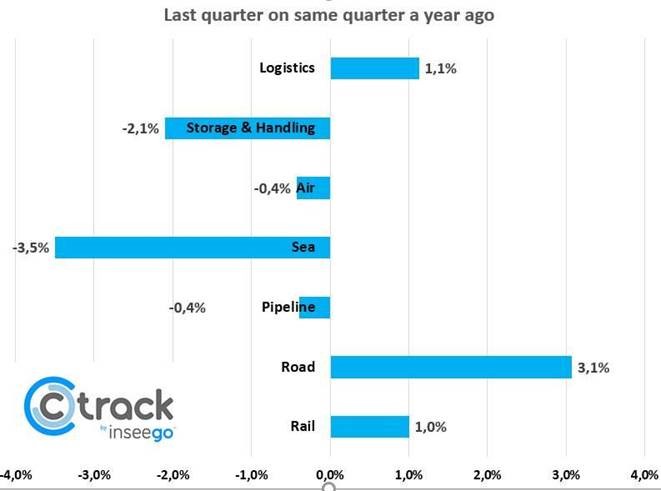 The global trade war is starting to have an impact on South African trade and the volume of shipped containers is a clear indication of a slowing world economy.

Break bulk volumes at South African ports have declined 35.3% from a year ago on a three-month (June, July, August) moving average basis – the biggest year-on-year decline recorded since 2008. SA container volumes declined 6.2% during the same period.

Land transport though is still growing due to internal demand, while bulk coal and iron ore exports show positive growth. However, even here the short-term trend is slower than before, with the Ctrack Logistics Barometer suggesting far more mundane economic performance in the 3rd quarter of 2019.

The pipeline sector, which is dominated by fuel transportation, indicates a small decline of -0.4% on a year ago but a much larger -5.1% decline compared to July. The price of fuel has not increased much but users have either delayed buying more in the hope of lower prices, or due to uncertainty in the short-term economic outlook.

With a sudden rise in the oil price, higher fuel prices are likely in October. If fuel volumes still decline in September, the reason will likely be attributed to the uncertain economic outlook.

The measurements below (Table 1) show freight volume changes – in percentages – over different time periods. The most important of these is the three-month moving average (June, July, August) measured against the same three months of last year.

The drop in sea freight volumes is confirmed by the CPB World Trade Monitor. Overall, global trade is estimated to have declined by -0,4% for the three-months to June 2019 compared to the same period a year ago.

Although this data is a little earlier than the August Ctrack Logistics Barometer data, one can surmise that declining world trade will weigh on the barometer since logistics by its very nature is a cross-border industry heavily influenced by global trends.

Nonetheless, the global trade war is impacting world trade and that will likely have a negative impact on both sea and air freight for the next few months or even quarters. Slower growth will also influence the movement of minerals – the main income generator for Transnet Freight Rail.

Furthermore, the drought in the wheat growing regions of the southern Cape will impact road freight. More wheat may have to be imported, making for longer journeys for transporters. This may already be a reason for the positive growth seen in road freight.

“The logistics barometer, now in its second month, has been well-received in the marketplace,” says Hein Jordt, managing director of Ctrack SA.

“It appears that road transport continues to gain market share, providing the backbone in the South African logistics industry. However, it remains imperative for transport and logistics companies to manage their delivery fleets closely in lieu of recent oil price increases. Only a holistic fleet management system with daily insights can simplify this important task for fleets.”

Visit: www.ctrack.co.za  to see the barometer.