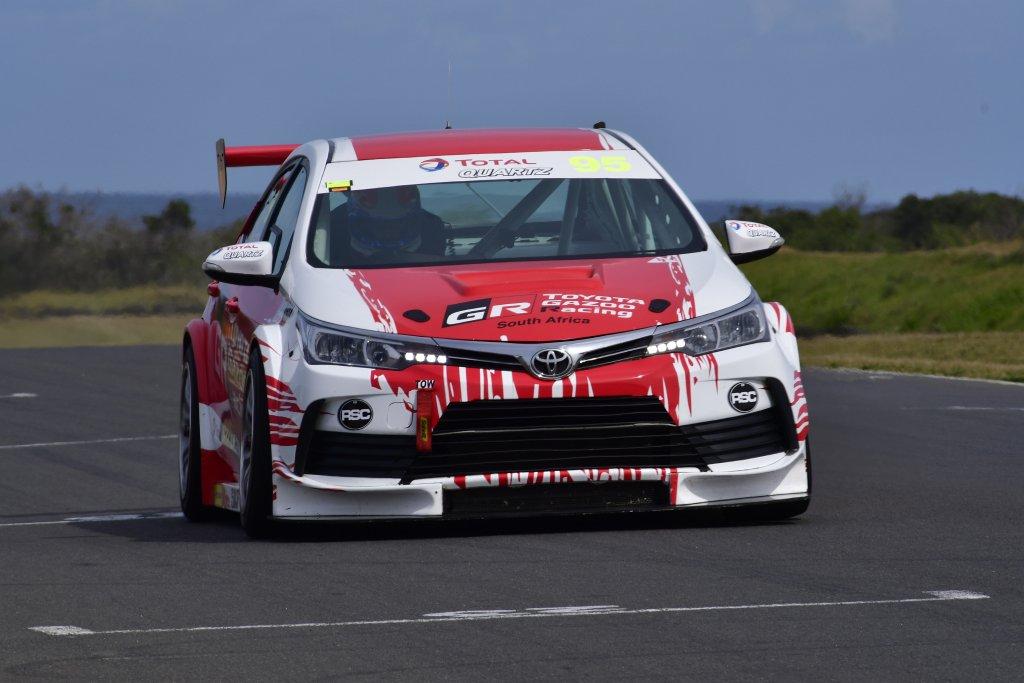 Brian Joss – The pressure is mounting for Toyota Gazoo Racing SA’s Michael van Rooyen, as the 2019 Global Touring Car (GTC) season heads to the penultimate round of the year, at Killarney Raceway in Cape Town this weekend (Friday and Saturday September 27/28).

The Toyota Corolla driver moved to within 11 points of the championship lead at the previous round, and a good result in Cape Town could see the Rustenburg Rocket challenge for the title.

“Two second places saw us close in on the championship leaders, and we now have a real shot at the title. With that said, we need to score maximum points this weekend in Cape Town.”

“It is really tight at the top of the table, going into these final two rounds,” continues Van Rooyen. “And there are only four more chances to score points this season, so we can’t afford any slip-ups.”

As such the team has made sure that the Toyota Corolla is in the best shape possible, leading up to this weekend. “We will definitely be in much better shape this time round than we were at the first outing in Cape Town this year,” concludes Van Rooyen. “And with a bit of luck we’ll be in the fight come the final round at Red Star Raceway at the end of October.”