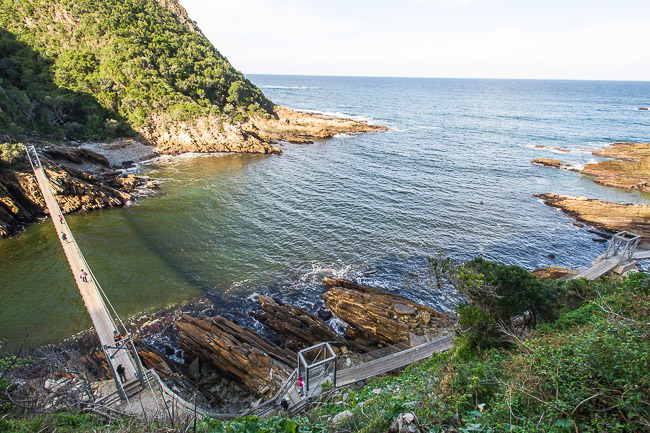 The Garden Route National Park (GRNP) is celebrating an increase in its visitors by 95% during SA National Parks Week this year. The campaign aims to get South African citizens to visit National Parks.

This is the highest number recorded of nationals visiting the GRNP in one week since 2017’s 7,449.

The GRNP was the second Park to report an increase at gate arrivals after Bontebok National Park (292%), GRNP (95%) and then Table Mountain National Park (71,2%).

Garden Route Park Manager, Paddy Gordon says ‘we would like to thank all locals and partners for supporting National Parks. Tourism is one of the economic drivers in the Garden Route’s small towns so it’s great to see locals participating.’

Multiple ‘out of the box’ activities were organised by Parks to attract visitors which worked to the Region’s favour.

Tsitsikamma’s increase from 3004 in 2018 to 6280 visitors in 2019 can be attributed to multiple events organized by People & Conservation for locals over the weekend which included an open day colour run by a popular local DJ Ian Rockman.  An excited Nobulumko Gantsho of Tsitsikamma says ‘we organised a business summit during the week, had learner excursions as well as an open day with sporting fixtures, song, and dance. We also organised a full day for a gospel concert. People were surprised to hear about the events but can see nature underpins everything- life.’

Knysna visitors increased from 1773 to 2201 visitors due to a partnership with the Featherbed Company who ferry locals for free across the Knysna estuary. Various nature walks and talks were also planned for locals and learners in the mystical Knysna forest. A Knysna Spring Walk was also organised to get locals walking.

Wilderness’ excursions took learners back in time through the old gold mining town of Goudveld. Learners were treated to kayaking in the Touw River, nature talks and birding.

Boilerplate: SA National Parks Week was started in 2006 and is funded by FNB, TotalSA, and SANParks.

Image: Suspension bridge accessible from the Storms River Rest Camp, Tsitsikamma is one of the attractions for visitors to the Park.